‘How many more bodies need to be found?’: Motion to remove Hamilton’s Macdonald statue defeated at committee

The defending Canadian Premier League (CPL) champions will play the season opener against Calvary FC, in a rematch of last season’s title game.

With the start of the 2020 season derailed due to COVID-19, the CPL announced Charlottetown, PEI will act as the sole hub city when the league returns for its second-ever season on Aug 13.

The Island Games, which the league is calling a “made for TV event”, will feature a 28-game season between the eight CPL clubs. The top four teams will then move on to the group stage where each team will play each other once before the top two teams will then play in the single-match final for the North Star Shield. 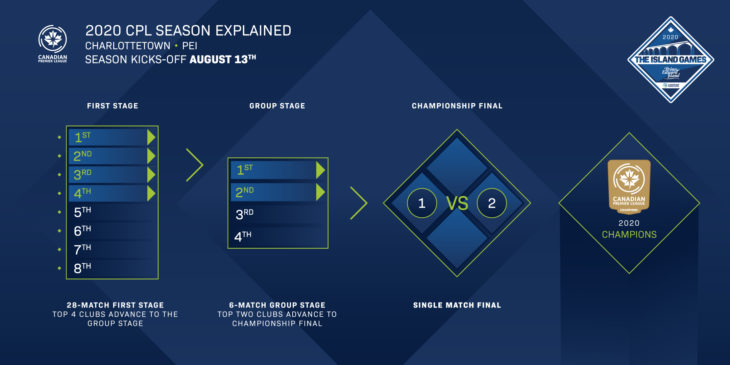 All matches will be played behind closed doors in a sequestered environment at UPEI Alumni Field in Charlottetown with the five-substitute rule in effect.

Every match from The Island Games will air live on OneSoccer.

The 2020 CPL campaign was originally slated to kick off of April 11, but the league has been in a holding pattern since March 13 when pre-season training camps were halted due to the COVID-19 pandemic.

“We are excited about The Island Games and the level of support from the Government of PEI, and City of Charlottetown who have been at the forefront of all our planning with our priority being that every participant and PEI citizens will be safe,” said Canadian Premier League Commissioner, David Clanachan. “We are appreciative of all their hard work and their enduring support in making our season a reality.”

The CPL said it worked with the Province of Prince Edward Island along with the owners, players, Government of Canada, City of Charlottetown, and other partners to finalize the details on a location that would include the mandated public health protocols and measures that will govern the season.

“We believe Prince Edward Island is the best place in the country to safely host the Canadian Premier League and we are so proud to receive this special opportunity,” said Economic Growth, Tourism and Culture Minister Matthew MacKay.

“In these uncertain times, we are committed to doing everything we can to stimulate our provincial economy while following the mandated public health protocols, and market our Island as a premier travel destination, so that when the time is right, we can welcome visitors to Prince Edward Island.”

The League was in deep discussions with the City of Langford, BC and Moncton, NB as potential locations for the season before deciding to set up shop in PEI.