What if Halton Region Had a Subway System?

Unlike the neighbours to the east, where Mississauga and Brampton have begun seeing construction for LRT going north and south, and Toronto continuing to have debates over subways, LRT and streetcars, Halton Region has not seen much discussion over implementing that kind of transit model, despite the population growth.

Oakville, Burlington, and Milton have the GO train service and local bus transit systems, but nobody has talked up anything like a subway. If even Mississauga didn’t have the stomach for it, why would Halton?

One of the great things when it comes to reading and writing about transit is seeing the imaginary ‘fantasy maps’ of the ideal subway system. There are scores of maps out there showing you what it would be like if Toronto had a more extensive subway network. What if the TTC did reach all the way to Richmond Hill or it did extend into Mississauga?

One can certainly dream, and it appears that one Reddit user has an idea of what a subway network in Halton Region would look like. 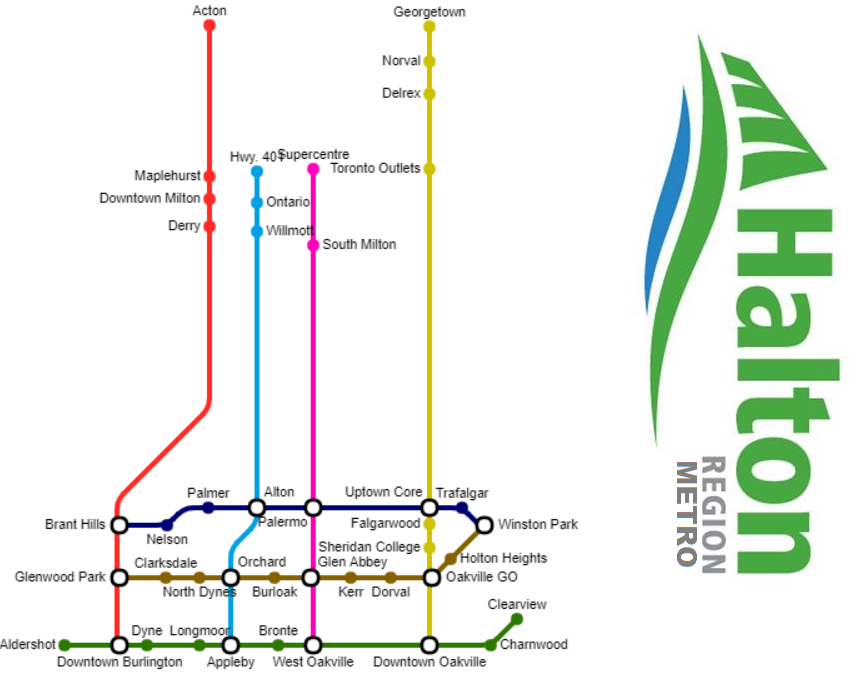 “Halton Region Metro” would have some similarities to the existing subway system in the TTC. There would be major stations like a Yonge-Bloor in Oakville (Winston Park, Oakville GO, Downtown Oakville) and in Burlington (Downtown Burlington, Appleby) because a large percentage of Halton’s population resides in the south end.

There would be subway lines going up north to Milton and Halton Hills, with stops at Acton and Georgetown, as well as destinations like downtown Milton and Toronto Premier Outlets.

What is more intriguing is that the Reddit user said he was using existing Subway sandwich restaurants as reference points for the subway stations. If that is true, that’s a lot of Subways in Halton Region!

Could this idea ever come to pass? At this point, that would seem unlikely. Halton Region as a whole has only around 500,000 people, so the ridership would not be there for the system to pay for itself. You would require heavy subsidization from higher orders of government to keep it running.

But of course, one can dream. Do you think there will ever be a fully functioning subway service in Halton?