A war of words is brewing over health care services between Ontario and the federal government…just in time as the federal election rolls around the corner.

In particular, the federal minister’s letter cited recent changes to the OHIPprogram for out of country travellers as well as insured access to abortion services. 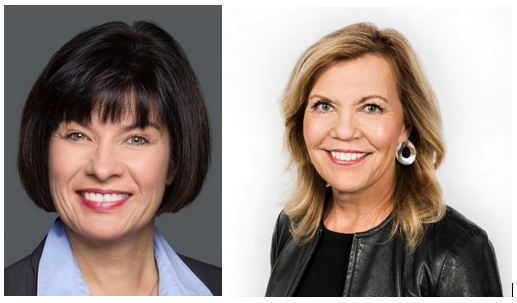 The current OHIP Out-Of-Country Traveller’s program allows coverage in the form of a reimbursement when residents travel outside of Canada. It covers up to $400 per day for high level or emergency care, $200 per day for other levels of care, $210 for renal dialysis and $50 per day for outpatient care.

Ontario announced it would be ending this coverage effective October 1 this year.

Petitpas-Taylor said Ontario would become the first province to not provide coverage for emergency hospital and physician services received out of country, which would be ‘inconsistent’ with the portability criterion of the Canada Health Act:

Petitpas-Taylor also raised issues about access to insured abortion services, citing claims from patients that several clinics across Ontario were charging additional fees in order for patients to receive an abortion.

“Given your (Elliott’s) ministry’s swift review of charges at the Brampton Women’s Clinic, I trust that the Ministry will investigate these latest claims, and ensure that Ontario residents do not face any financial barriers when accessing insured abortion services.”

“We are disappointed that Ms. Petipas Taylor would seek to play politics with such a sensitive issue. She knows what she is saying is false and we will not dignify her misleading claims by engaging in this debate.”

“On the out-of-country travellers program, our government has made the decision to wind it down. As Ontario’s independent auditor general note in a recent audit of the program, it spends a third of its funding on administration alone.”

“Worse yet, the program has not historically provided the average Ontarian with meaningful travel coverage. The program’s coverage is very limited with only five cents of every dollar claimed. With this limited coverage and low reimbursement rate, OHIP-eligible Ontarians who do not purchase private travel health insurance can be left with catastrophically large bills to pay.”

“On top of that, 90 per cent of the payments made through this program have gone directly to the private travel industry, which submits claims on behalf of their insured clients. That’s not a responsible use of taxpayer dollars. Instead, we strongly encourage individuals to purchase travel health insurance, which is easily-accessible and affordable, so that they are adequately covered every time they leave Ontario to travel abroad.”

“That said, through our consultations, we do recognize that Ontarians on dialysis may have difficulty accessing private coverage. We are continuing to work with relevant stakeholders and patients to identify a solution and look forward to announcing something in short order.”

It’s hard to miss the obvious partisan talking points. The federal Liberals are facing possible defeat in the fall and anything to paint Conservatives as ‘extremist’ because they may deny abortions and cut health care is always in the cards.

Doug Ford is very unpopular at the moment and that unpopularity is starting to rub off on Conservative leader Andrew Scheer. Scheer’s team has been trying to distance themselves from Ford, to the point where those in the political grapevine speculate that Ford’s decision to recall the Legislature until after the federal vote was because Conservatives wanted to keep him out of the spotlight until the election was over.

Just another example of federal-provincial sniping in the backdrop of a contentious federal election campaign that’s ready to be underway.

You can read the entire letter from Minister Petitpas-Taylor below: 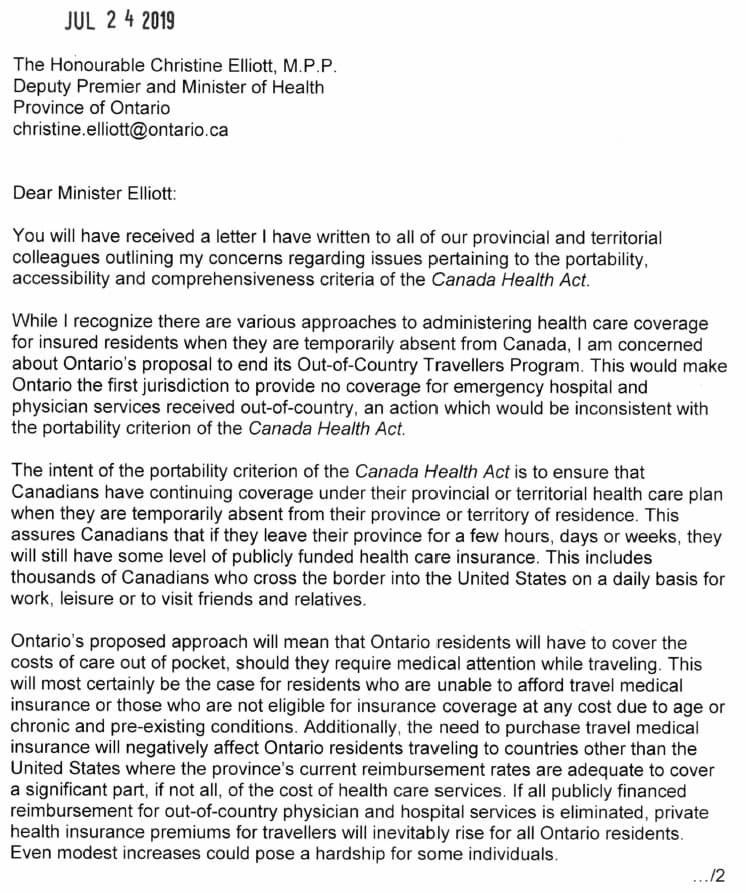 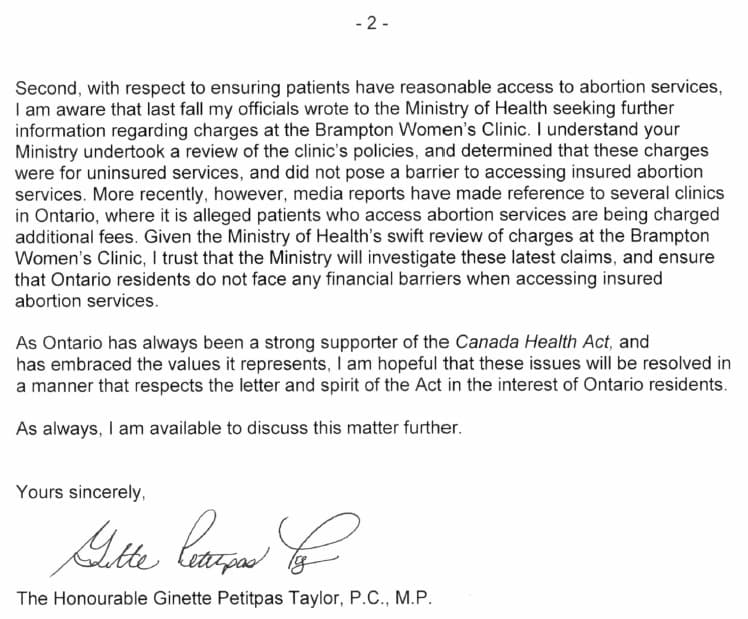