Police are appealing to the public for help in identifying a fraud suspect.

Officers are investigating a mail theft/identity fraud that targeted a condominium building in Milton between November 2018 and May 2019.

According to police, the suspect (or suspects) stole and/or redirected mail and later conducted bank account takeovers by having fraudulent identities added on as supplementary cardholders.

The male suspect (pictured) then allegedly used the fraudulent credit cards to rack up thousands of dollars per card on products and gift cards across the GTA.

He is described as a black male, between 35 and 45 years old, clean shaven, and wearing various clothing but usually Under Armour brand. 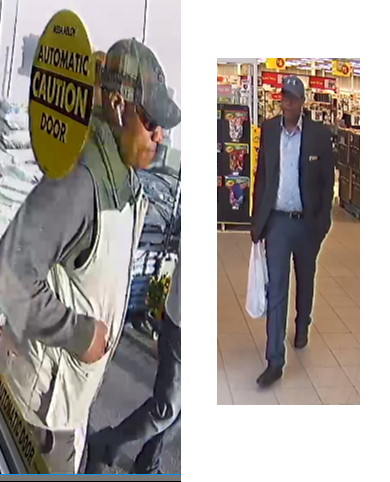 At this time, six victims have been identified, but police believe there may be more victims who have not reported the fraudulent activity due to financial institutions reimbursing the financial loss.