Police have released photos two men wanted in connection with a bank robbery that took place in Milton in late 2018.

Halton police allege that on Dec. 12, 2018, the TD Bank located at 6501 Derry Road in Milton was robbed by two males who entered the establishment and demanded money from a bank employee.

Police say an undisclosed amount of money was obtained and the two suspects subsequently fled on foot. 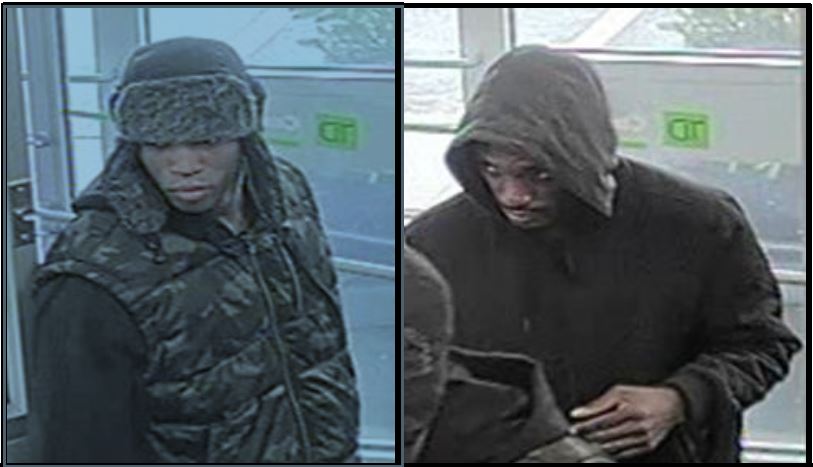 Both suspects are described as tall black males in their early 30s. Both suspects were wearing dark clothing.

Anyone with information in regards to this incident is urged to contact Detective Constable Lindsay Murray from the 1 District Criminal Investigations Bureau at 905-825-4747 ext.  2450.