Police say a 38-year-old Burlington man has succumbed to his injuries after a serious single-vehicle crash in Mississauga.

Earlier today (March 30), Peel police said that officers were called to the scene of a major crash in the Lakeshore Rd. E. and Stavebank Rd. area.

The crash occurred right outside of Posta restaurant. 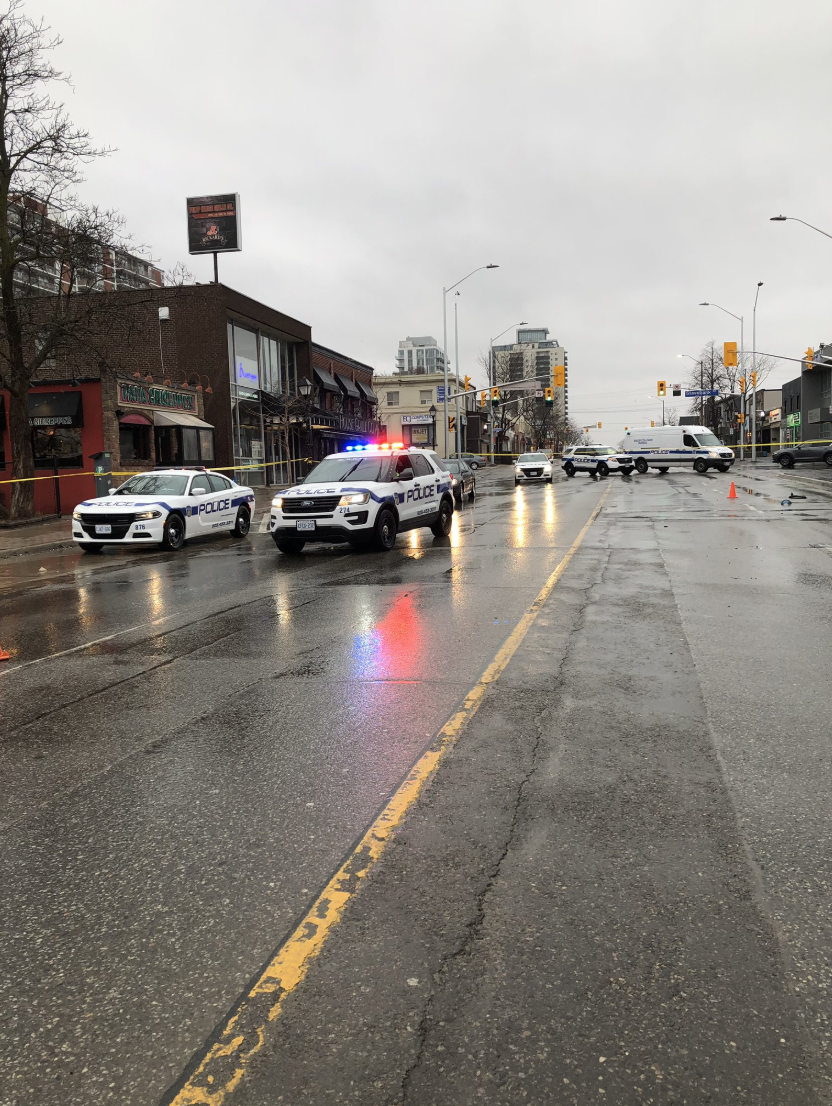 Police say westbound Stavebank Rd. and eastbound Lakeshore were closed off in the area for a Major Collision Bureau investigation.

According to police, the collision took place at 2:25 a.m.

While it’s still too early to determine whether or not the driver was impaired, Peel police Const. Danny Marttini said that speed could have been a factor.

“Unfortunately the individual passed away, so we can’t say yet if alcohol was a factor,” she said.

Marttini said that the victim was the only person in the vehicle.

Police also said that no one else was injured when the vehicle went up onto the concrete near the restaurant and CIBC bank.

“No one else was injured, which was very fortunate,” says Marttini, adding that pieces of the vehicle could have struck anyone who happened to be in the area.

“The muffler was separated, springs were everywhere. Every piece of the car was all over the place.”

No structures in the area sustained any significant damage as a result of the crash.

The victim’s name has not been released.