Four years ago, the Ontario Liberals saw a breakthrough in Halton Region when they picked up two ridings in the 2014 provincial election that saw Kathleen Wynne win a majority government. Prior to that, the area had been solidly Tory for years.

In 2018, Halton has once again swung back decisively in the blue column, as a Tory tide swept out three Liberal cabinet ministers while picking up a newly created seat as well.

The Liberals and Conservatives are the usual parties that battle for seats in Halton, although this time there was a surge of voter support for the NDP in the latter weeks of the campaign.

Here is a breakdown of what went on in the five ridings in the Halton area. Prior to 2014, this riding encompassing the urban part of Burlington had been a Conservative stronghold for 70 years until Liberal Eleanor McMahon swiped it from the Tories.

Four years later, the riding returns to the familiar shade of blue, with the same candidate that McMahon defeated. Tory Jane McKenna, the MPP for Burlington from 2011 to 2014, has regained her seat in the Legislature, winning 25,502 votes…and this time McMahon is not even her closest competition.

NDP candidate Andrew Drummond, a telecommunications professional, came in second with over 18,062 votes, while McMahon ended up in third with 15,515 votes. McMahon is the outgoing president of the Treasury Board. 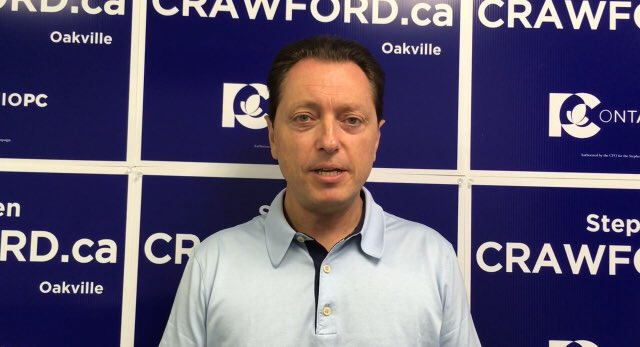 A riding that was PC until 2003 when Liberal Kevin Flynn won the seat, it has since flipped back to the Conservatives when voters elected financial services executive Stephen Crawford (pictured above) by about 4,500 votes over Flynn, who was also the labour minister in the Liberal government. 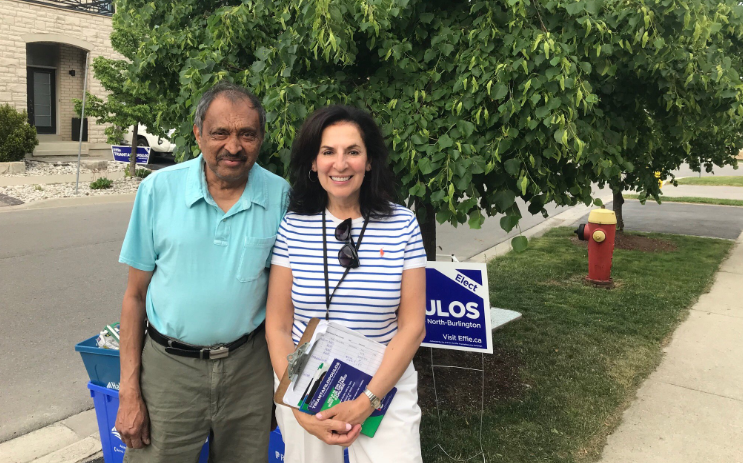 A new riding created from redistribution due to Halton Region’s population growth, it combined parts of north Oakville and a sliver of Burlington, both areas traditionally Conservative (although this riding elected a Liberal MP in the 2015 federal election).

Voters however saw a different result this time around provincially, electing PC candidate Effie Triantafilopoulos as its first MPP. She won handily, crushing her nearest challenger, Liberal Alvin Tedjo, by over 12,000 votes.

Triantafilopoulos previously ran in the aforementioned federal election in the same riding, losing to Liberal Pam Damoff, and ran in the 2014 provincial election in Mississauga South. She is also a former political advisor for the federal Ministry of International Trade. 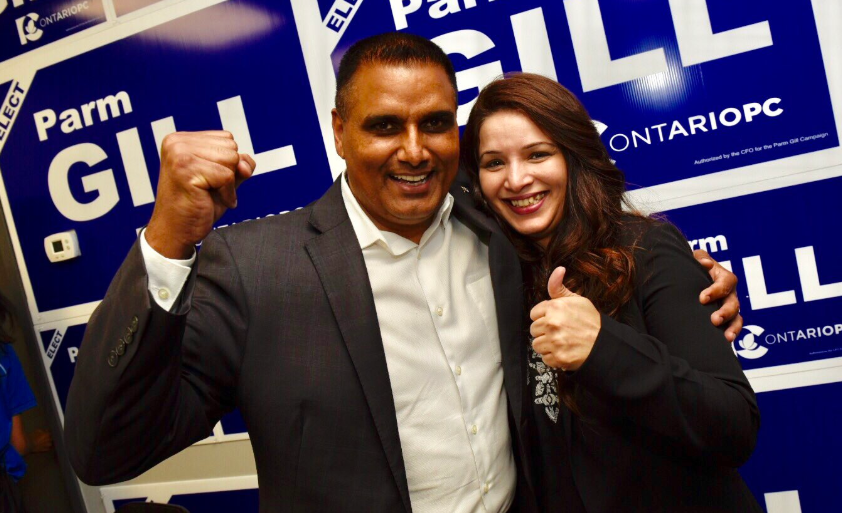 It’s a political resurrection for a former Stephen Harper Conservative.

PC candidate Parm Gill, who was the MP for Brampton-Springdale from 2011 to 2015, defeated Liberal cabinet minister Indira Naidoo-Harris by over 5,000 votes in the renamed riding of Milton, which was the former Halton riding from 2014, which Naidoo-Harris won from the PCs. 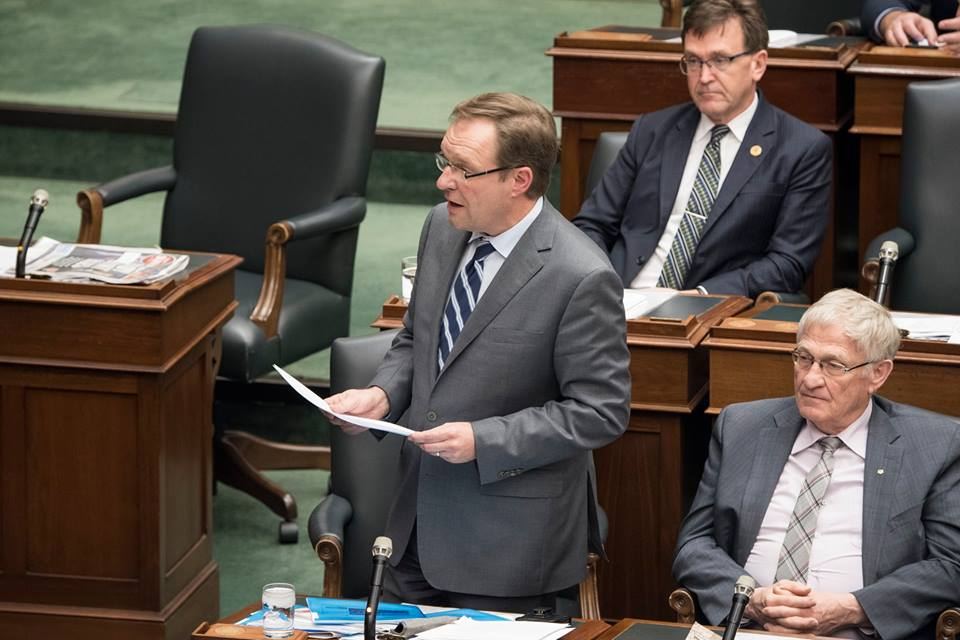 MPP Ted Arnott, standing, as he speaks in the Legislature

No big surprises here as PC candidate Ted Arnott, the MPP for the riding of Wellington-Halton Hills in various incarnations since 1990, was easily reelected by a wide margin, and securing over 31,000 votes in the process.

His next closest competitor was the NDP’s Diane Ballantyne, who got 14,800 votes, followed by the Liberals’ Jon Hurst with around 7,500.

Arnott was a deputy speaker in the last Ontario parliament, and if he’s not slated for cabinet he could be viable for the Speakership; current Speaker Dave Levac did not run for reelection.

Halton Region may have taken a similar route it did some 20 years ago when the last Tory government was swept into office under Mike Harris, but the issues and priorities in the region are changing.

New challenges such as transit and infrastructure, as well as social services, now coexist along with the traditional issues on health care, education, jobs and taxes. We will see in the next four years if the Doug Ford led PC government can live up to the promises they made to voters.

For the local results in Halton and across Ontario, you can check the Elections Ontario website for those numbers.