Andrea Horwath, leader of Ontario’s New Democratic Party, at times has been labeled with a moniker that supposedly reflects her profile as a feisty scrapper: Angrya Horwath.

While the veteran NDP politician isn’t literally screaming from the rooftops over the injustice of the day, she can be scathing in her words over the current PCgovernment’s actions on various expenditure programs. Now, the NDP leader has put forward a response to what she termed as Doug Ford’s “meddling” in municipal affairs.

Bill 121, the ‘Municipal Representation and Restructuring Protection Act’, seeks to limit the power of the province to impose changes to municipalities unless ‘proper consultation’ and notification have been made.

If passed, the provincial cabinet would be required to give proper public notice of any proposed changes to municipalities, requiring public consultations on any changes with the local residents and that the local council passed bylaws necessary to enact those changes.

As per Horwath’s legislation, those changes would include the following:

The bill is a direct response to “attacks on local democracy by the Ford government, including its decision in the summer of 2018 to arbitrarily cut the size of Toronto City Council and to cancel regional chair elections, with the municipal campaign already underway”, the NDP said in a press release.

Points 4 to 7 are more telling considering the hot topic these days of the future of Peel Region and whether Mississauga will become an independent, single tier city, which critics say would have negative consequences for Brampton.

Saying the government’s relationship with municipalities should be based on “mutual respect, consultation and cooperation Horwath, a former Hamilton city councillor, lashed out at Ford for failing to do just that.

“We know Doug Ford is going to continue to meddle in local affairs with his municipal review, leaving people across the province worried that forced amalgamations and even more cuts are on the way. It’s clear that Ford isn’t going to stop meddling with municipalities and hurting local residents until he’s forced to stop,” she said.

“We want to make it more difficult for Ford to disrupt local democracy and governance because this should be difficult. No premier should ever be able to use their position to settle old scores at the expense of our municipal governments, and our democracy.”

Ford’s decision to reduce the size of Toronto City Council from 47 to 25 is the most infamous example of this “meddling”, but lately the premier’s decision making in other matters related to municipal governments has also given him the allure of a “my way or the highway” approach, lacking even in basic discussion with those communities whom his policies are affecting.

There were the retroactive cuts to municipal budgets to areas like public health that Ford had to backtrack from after much outcry from municipal governments that said they would be willing to work with the province next year on implementing ‘efficiencies’. Then there is Bill 108, which many municipalities have come out against.

Just recently, the province announce they were allowing taller buildings to be constructed in Midtown Toronto between 20 to 35 storeys, near a new Eglinton Crosstown station. However, this too was done without consultation. Toronto has its own official plan allowing a maximum height of eight storeys and Mayor John Tory himself said he only found out about the change via a text from the minister.

At the end of the day, the wider issue is the lack of political power that municipalities have, since under the Constitution they are ‘creatures’ of the provinces. Ford’s previous actions in Toronto, as well as past amalgamations of various Ontario municipalities falls perfectly within the realm of the province.

While cities lack much power to oppose such drastic changes, perhaps language is the key. Burlington’s Mayor Marianne Meed Ward surmised that going forward they should refer to themselves as “local governments” to reflect a sense of legitimacy when dealing with the provincial or federal governments. 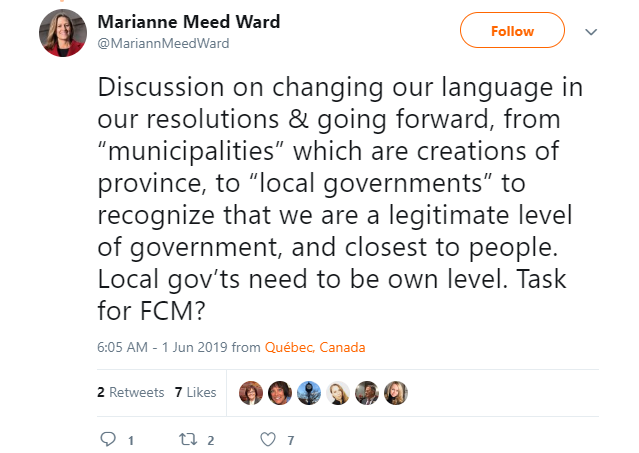 Horwath’s bill is likely not to pass, but perhaps when the regional government review is completed sometime in the summer, Ford should take a long breath and deliberate over the findings before he makes his decision on what to do.

And he should at least properly consult and notify the public when he does so.