Connect with us
BREAKING NEWS: Police Chief Steve Tanner will stay on the job in Halton Region
1.4

Here’s What Labour Unions Are Doing to Fight Doug Ford

It’s no secret that labour unions in Ontario have never a warm relationship with the Progressive Conservatives.

The legacy of the Mike Harris years left a bitter taste in their mouths as the previous Tory government cut welfare payments and nursing jobs to cut costs in the health care sector some 20 years ago.

Now that Doug Ford is premier, it doesn’t seem like that relationship has improved much. Under Patrick Brown, the former PC leader tried conducting outreach to the nurses unions and to mend fences in order to present his party as a viable alternative to the then governing Liberals.

Since Ford has taken office, Ford’s government has repealed Bill 148, rolling back a number of workplace reforms including a hike in the minimum wage hike to $15 an hour, as well as cutting back sick days.

The province announced that the wage would be frozen until 2020, keeping it at $14 an hour for now; afterwards minimum wage increases will be tied to inflation.

Now, unions are fighting back, as if they haven’t been already.

This past weekend members of the Ontario Public Employees Service Union gathered in Mississauga for what was described as a “front line has been drawn” fight-back meeting.

According to OPESU, the gathering was organized in response to the election of the “anti-worker” Ford government at Queen’s Park. Last month, a group called $15 & Fairness held rallies across Ontario in an attempt to save the minimum wage increase. 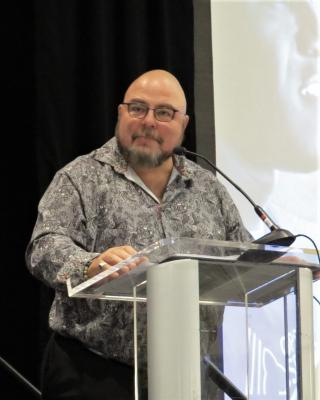 “We’re organized, resourced and ready to rumble if that’s what Doug Ford wants. Ford hasn’t done very much, but he’s sure undone plenty. Our job is the road ahead. Today OPSEU members have drawn a line in the sand. This government would be wise to pay attention,” said Eduardo (Eddy) Almeida, OPSEU’s Vice-President and Treasurer, adding that the union has a tough job ahead in protecting vital public services.

Hassan Yussuff, President of the Canadian Labour Congress, was a featured speaker and pledged “his full support in the struggle to defend public services in Ontario.” Yussuff reminded participants that ridding the province of this disastrous agenda was a marathon, not a sprint.

“We dumped Harper. We will dump Ford. It takes unity and focus,” Yussuff said, although the head of OPSEU sounded a bit more optimistic in the end about finding common ground without sacrificing workers’ rights.

“Premier, let’s talk. Let’s work together to solve the province’s fiscal problems. Because we won’t let you put the boots to our members and public services. And we won’t back down. We never have. We never will. Not on my watch,” said OPSEU President Warren (Smokey) Thomas in a statement.

So once again it seems labour unions are getting ready to confront a hostile government. Ford comes off initially as the antithesis of what unions stand for, but the Tory leader has cited many times in the past how ‘rank and file’ union members have always supported him politically.

But listening to their rank and file is a struggle that union leadership has always had. Are unions still as relevant in today’s marketplace as they were generations ago? Only time will tell.