In the wake of extreme examples of far-right acts of violence and concerns about the spread of white supremacy ideology online, Facebook says it plans to take action.

Today, the massive social media platform announced a ban on praise, support and representation of white nationalism and separatism on Facebook and Instagram. Facebook says it will start enforcing next week.

“It’s clear that these concepts are deeply linked to organized hate groups and have no place on our services,” Facebook said in a statement.

Facebook says its policies already prohibit hateful treatment of people based on characteristics such as race, ethnicity or religion, adding that that has always included white supremacy. That said, the company says it didn’t originally apply the same rationale to expressions of white nationalism and separatism because it was “thinking about broader concepts of nationalism and separatism – things like American pride and Basque separatism, which are an important part of people’s identity.” 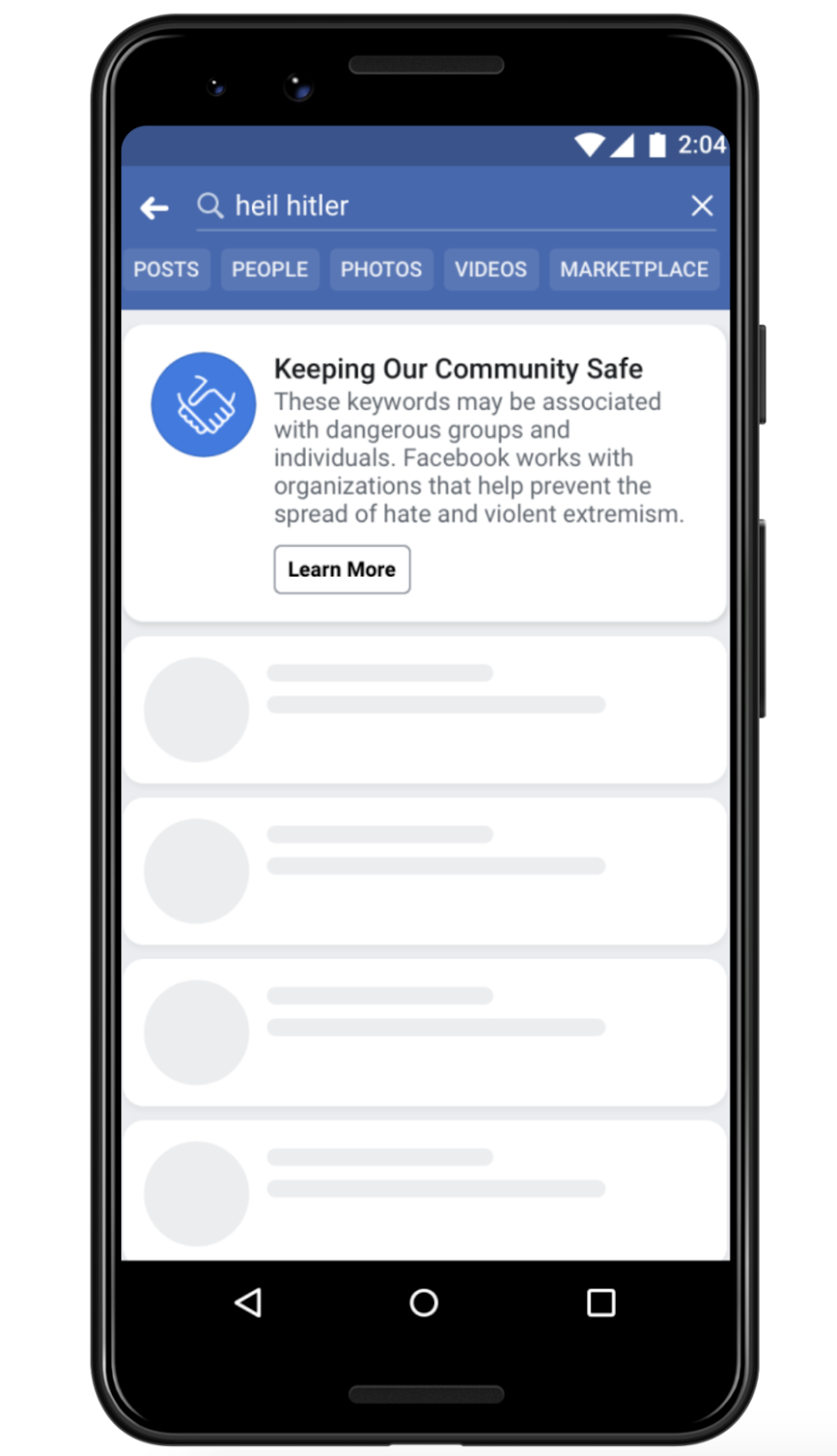 Facebook says recent conversations have prompted it to reconsider.

“But over the past three months our conversations with members of civil society and academics who are experts in race relations around the world have confirmed that white nationalism and separatism cannot be meaningfully separated from white supremacy and organized hate groups,” Facebook said.

“Our own review of hate figures and organizations – as defined by our Dangerous Individuals & Organizations policy – further revealed the overlap between white nationalism and separatism and white supremacy. Going forward, while people will still be able to demonstrate pride in their ethnic heritage, we will not tolerate praise or support for white nationalism and separatism.”

The company also said it needs to get better and faster at finding and removing hate from its platforms.

“Over the past few years we have improved our ability to use machine learning and artificial intelligence to find material from terrorist groups. Last fall, we started using similar tools to extend our efforts to a range of hate groups globally, including white supremacists. We’re making progress, but we know we have a lot more work to do,” Facebook said.

The company says it will also work to help those vulnerable to hateful rhetoric by providing them with rehabilitative resources. It will do this by connecting people who search for terms associated with white supremacy to resources focused on helping people leave hate groups behind.

Facebook says people searching for these terms will be directed to Life After Hate, an organization founded by former violent extremists that provides crisis intervention, education, support groups and outreach.

“Unfortunately, there will always be people who try to game our systems to spread hate. Our challenge is to stay ahead by continuing to improve our technologies, evolve our policies and work with experts who can bolster our own efforts. We are deeply committed and will share updates as this process moves forward,” Facebook says.