Thousands of elementary and secondary school students are expressing their discontent with the provincial government following the proposal of sweeping changes to education in the province.

On Thursday, April 4, students in over 700 school across Ontario walked out of class at 1:15 p.m. to protest the changes, which include changes to class sizes (the Doug Ford government has proposed increasing them), e-learning (students will be required to complete several online classes), the new sexual education curriculum and funding cuts.

Students say the walkout is part of the student-led #StudentsSayNo campaign (@studentssayno). 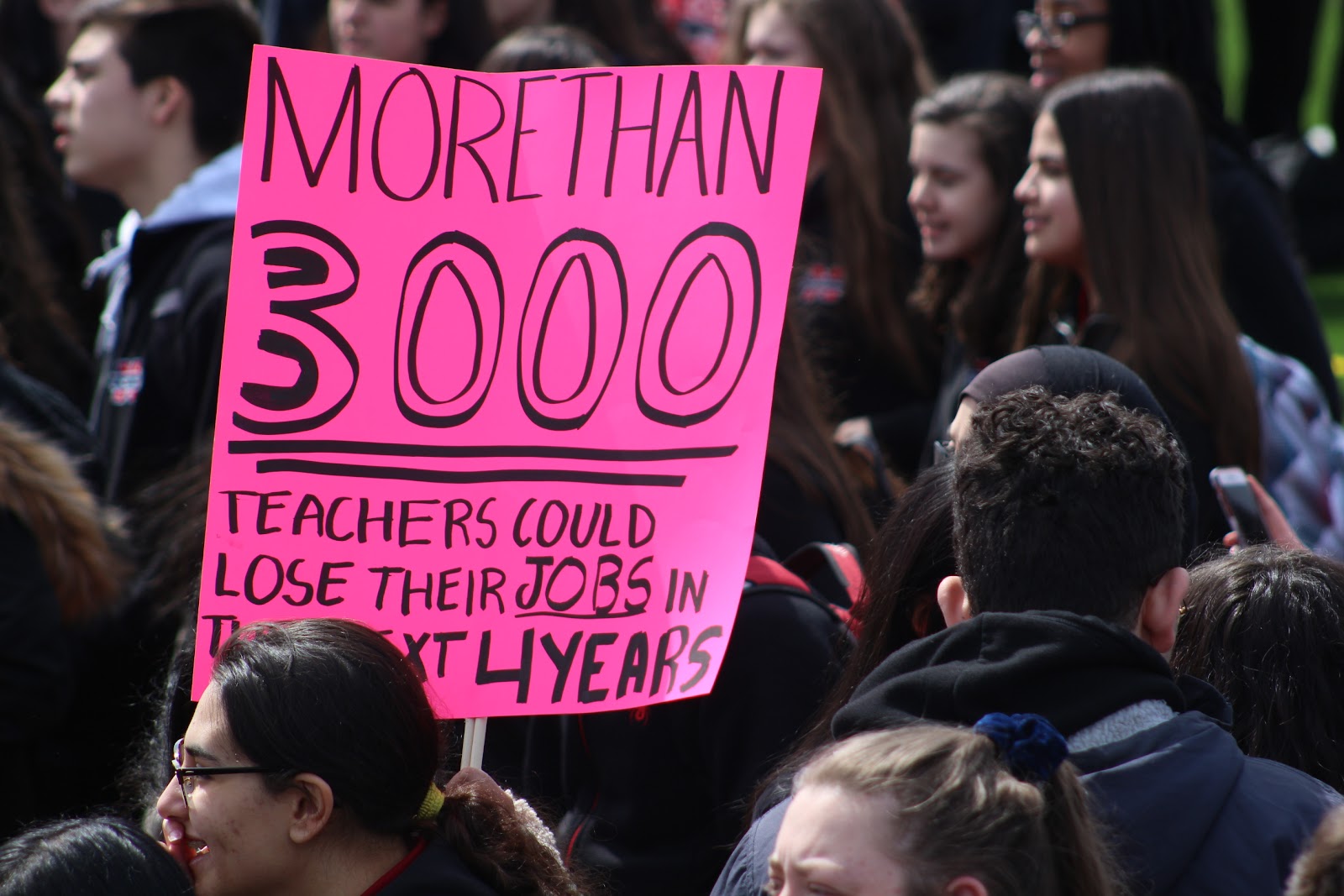 According to a news release, the number of students walking out in Ontario was estimated to surpass 100,000.

The provincial government wasn’t pleased with the protests, suggesting that teachers unions might have been involved.

“Today is a disappointing day for Ontario’s parents and students,” said Lisa Thompson, Minister of Education, in a statement.

“On a day when we reached out to begin good-faith consultations with Ontario’s teachers, we instead are seeing Ontario teachers’ unions condoning a student walkout at schools across the province.”

While some members of the provincial government weren’t happy with the protests, some leaders at other levels of government showed their support–including Brampton Mayor Patrick Brown.

Proud to stand in solidarity with students from @CardinalLegerSS who were protesting the recent education cuts at City Hall. #Brampton is already underfunded in education based on population. We need investments in education not cuts. #StudentsSayNo #brampoli #onpoli pic.twitter.com/upd38OKdC6

In a Tweet, Brown said he was “proud to stand in solidarity with students from Cardinal Leger Secondary School who were protesting the recent education cuts at Brampton’s City Hall.

Brown said that Brampton is already underfunded in education based on population.

“We need investments in education not cuts,” he wrote.

Thompson referred to the province-wide protest as a union-inspired “stunt” and attempted to shift the focus to students’ poor math scores. 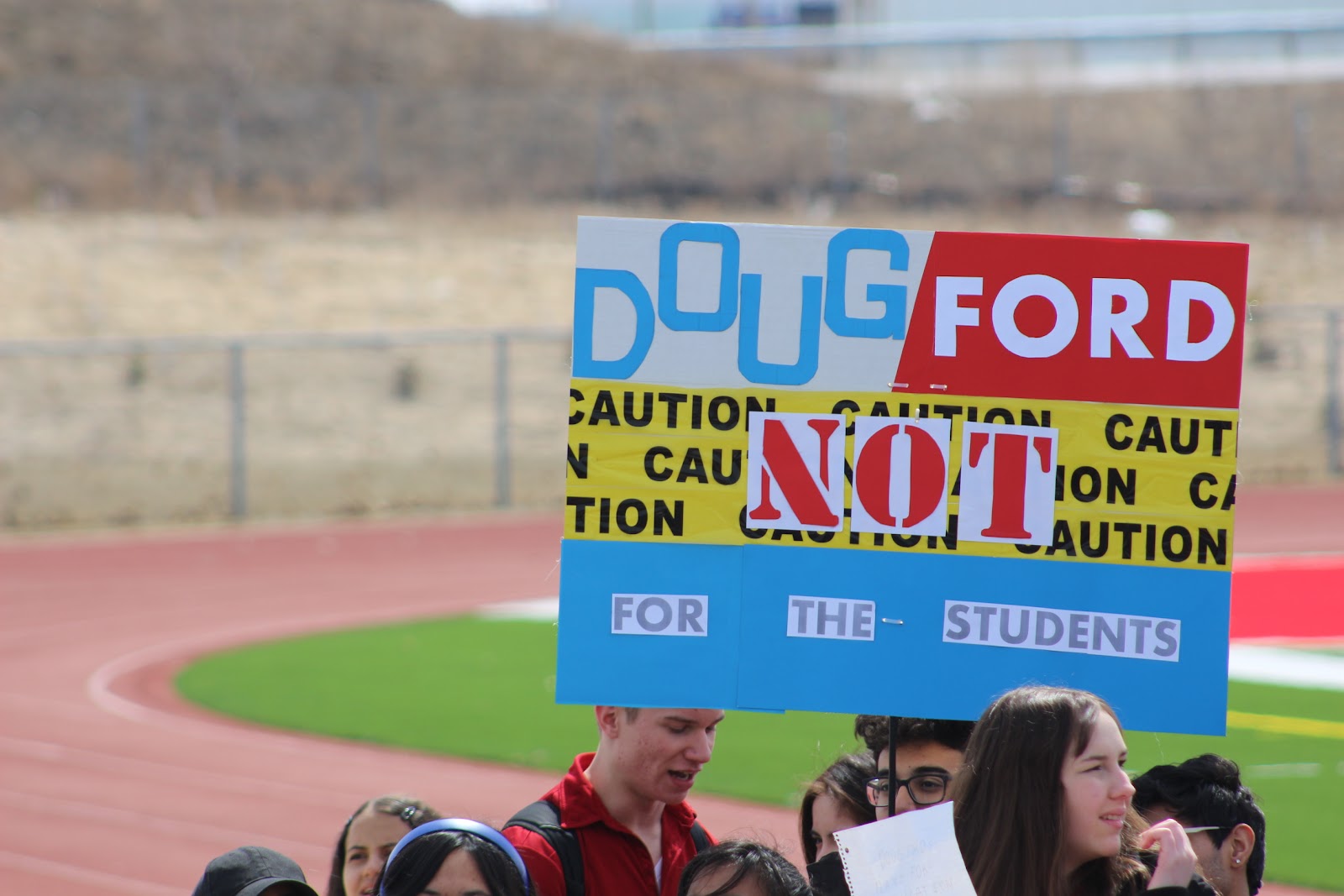 “Instead of focusing on political stunts, I encourage the unions to instead work cooperatively with us on the real challenges facing Ontario’s education system such as the fact that too many of our kids are failing math — graduating without the skills necessary to successfully enter the workforce.”

On the math front, the government is courting more controversy by passing legislation to make the successful completion of a math content knowledge test a requirement for certification by the Ontario College of Teachers.

“Our government is now actively considering making math skills a minimum standard for re-certification in Ontario,” Thompson said in a statement.

“Over half of Ontario’s sixth grade students are failing to meet an acceptable standard on their math tests. The teachers’ unions have offered no solutions to the math crisis. Instead of focusing on math — they are now enabling students to skip classes. And even when students are in class, too many teachers are choosing to use students as a captive audience for their union’s political agenda.” 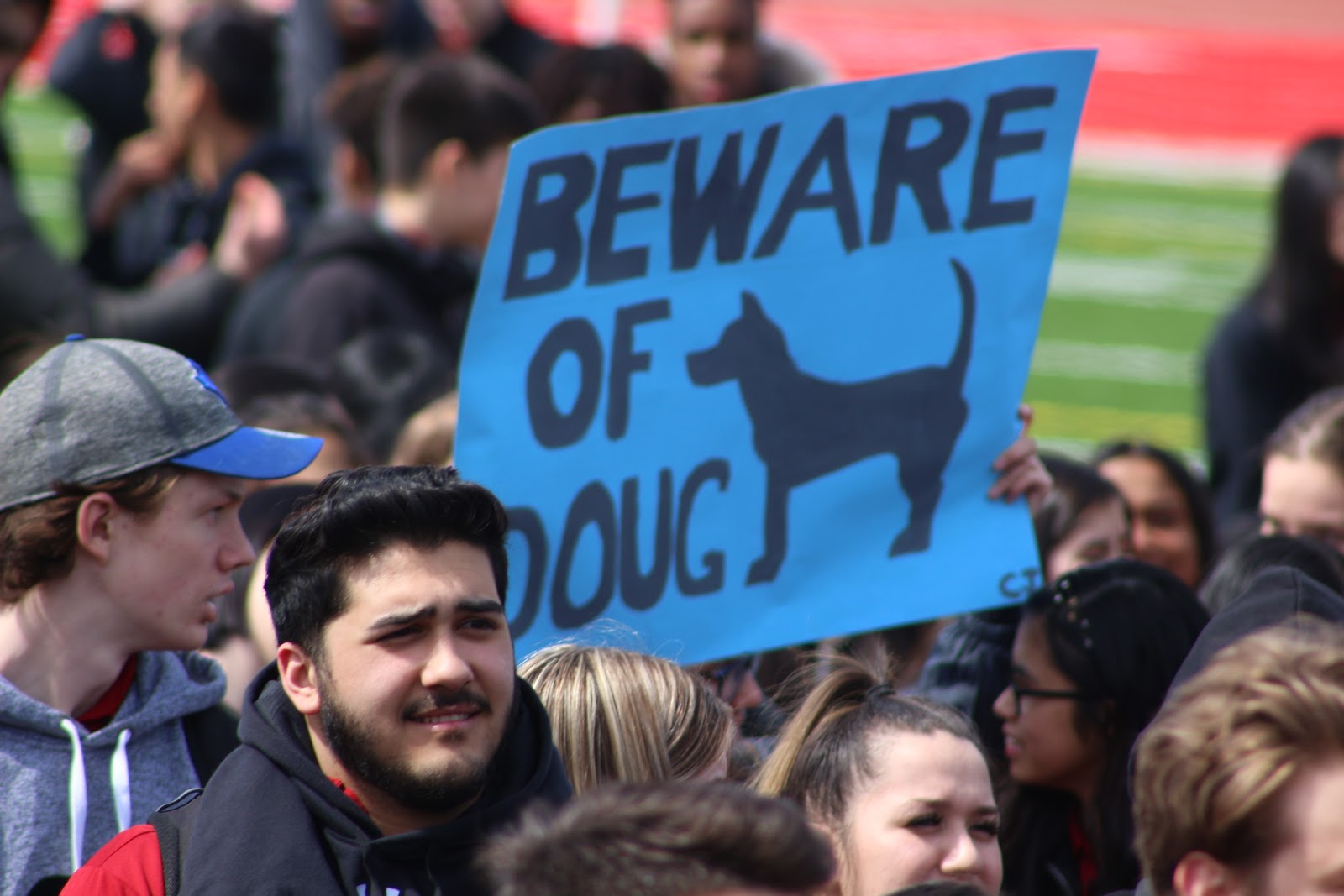 Teachers also denied that they or their unions were involved in planning the student-led protest.

Does anyone else find it strangely flattering that someone thinks teachers are so powerful we could actually have persuaded hundreds of kids to march on city hall? I struggle daily to get 20 kids to put their chairs up at the end of the day. #studentssayno #OntEd

Sam Hammond, president of the Elementary Teachers Federation of Ontario labour union, said he had “no idea what Doug Ford was talking about.”

I have absolutely NO idea what Doug Ford is talking about. As a "union boss" I don't, never would, "tell Teachers ( or anyone else) what to do". Our democratic union operates very differently than @fordnation @ETFOeducators #ETFOstrong #onpoli #oned https://t.co/B6VhGV9VaJ

“Our government will not be distracted from making the necessary reforms Ontario needs to improve math scores as part of a sustainable, world-class education system that protects what matters most for students.”

Thompson also said that parents who believe the walkouts are endangering their children can make formal complaints against teachers.

“In the meantime, I want to remind parents that, should they be concerned about their child’s safety because of any union support of the walkout, they always have the option to contact the Ontario College of Teachers, which is the regulatory body responsible for teacher misconduct,” Thompson said in a statement.

“I also want to advise all school boards that I expect them to take action to discipline anyone who abandons their classroom responsibilities. In the private sector, people know that if you skip work without justification, you don’t get paid. And I want everyone in Ontario to know that we are prepared to take action to give parents peace of mind that no one will use our children as a captive audience or bargaining chip as part of their union’s political games.”

Students say the protests were designed to challenge cuts that could come down from the province.

Zara Ali, a Grade 11 student at St. Marcellinus Secondary School in Mississauga, said that she and another Grade 11 friend and a Grade 12 student organized their school’s walkout.

“Over 100 concerned students pledged to walkout at our high school in support of our arts program, our music students, and our teachers,” Ali said in an email to insauga.com.

“As we have a SHSM (Specialist High School Major) program in hospitality and tourism, as well as one in the arts, these funding cuts hurt the many creative minds at our school.”

The amount of schools registered on the official website’s walkout list is extensive and can be found here.