Although there are lots of new developments happening around Burlington lately, there are also moves to redevelop existing residential neighbourhoods as well.

One such example is a proposed development for a residential neighbourhood in Burlington.

It’s called Georgian Court, just off the intersection of King Road and Plains Road East. This area may be seeing some 280 existing townhouses demolished, and replaced by new apartment and townhouse units. 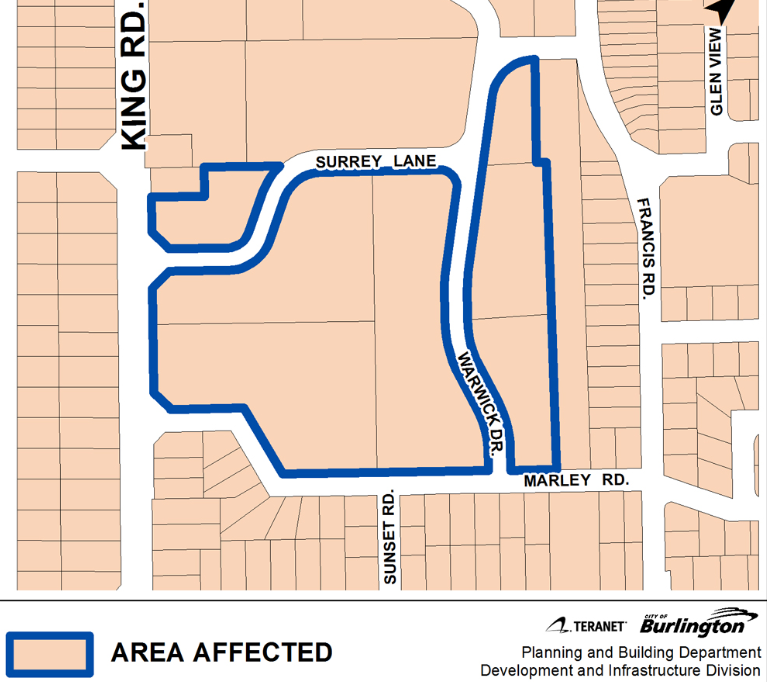 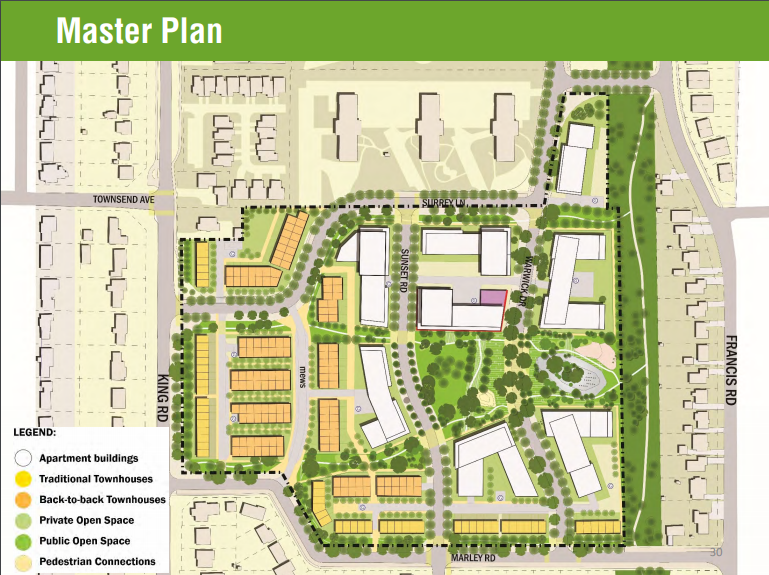 BCIMC Realty Corporation, also known as Realstar Management, submitted this application in October 2017. They are proposing to build 1450 new rental units with a mix of townhouses and mid and high-rise apartment buildings.

Low-rise street townhouses and back-to-back townhouses of up to three storeys are proposed along the outer perimeter of the site, while mid-rise buildings of generally up to eight storeys, with one at 11 storeys, are proposed central to the site to frame a new central park area.

Three taller buildings of 16, 19 and 20 storeys are proposed at the northerly portion of the site. Overall, a total of 200 townhouse units are proposed (all three bedroom) along with 1250 apartment units. When finished, it would look something like this: 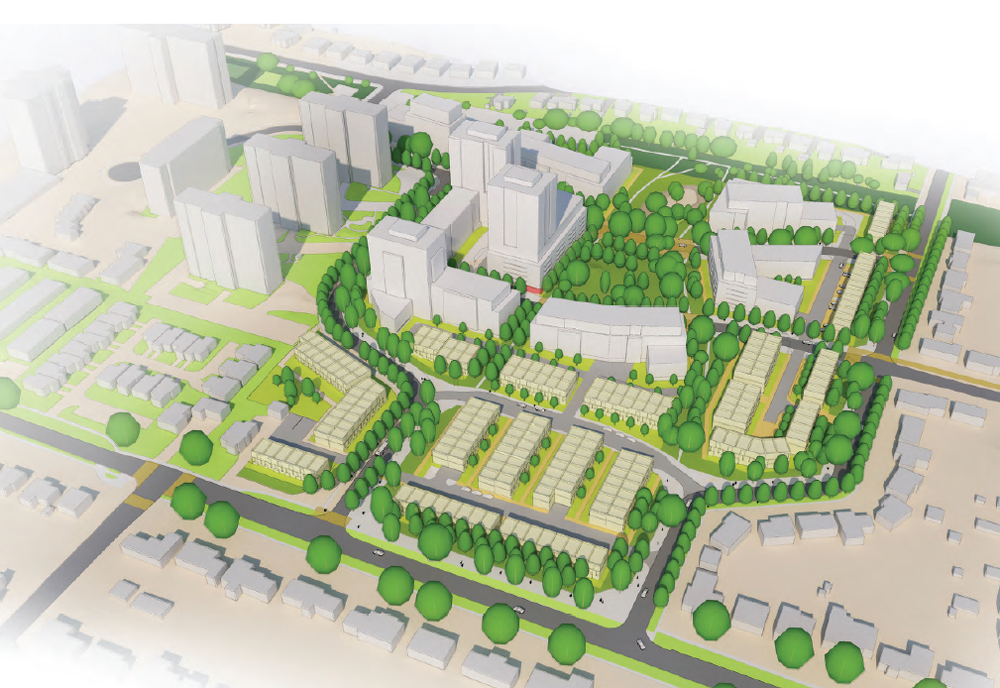 Although the area is residential and the intention is to redevelop the area for the same purpose, the city does require a slight amendment to re-designate a portion of the site to allow higher density: 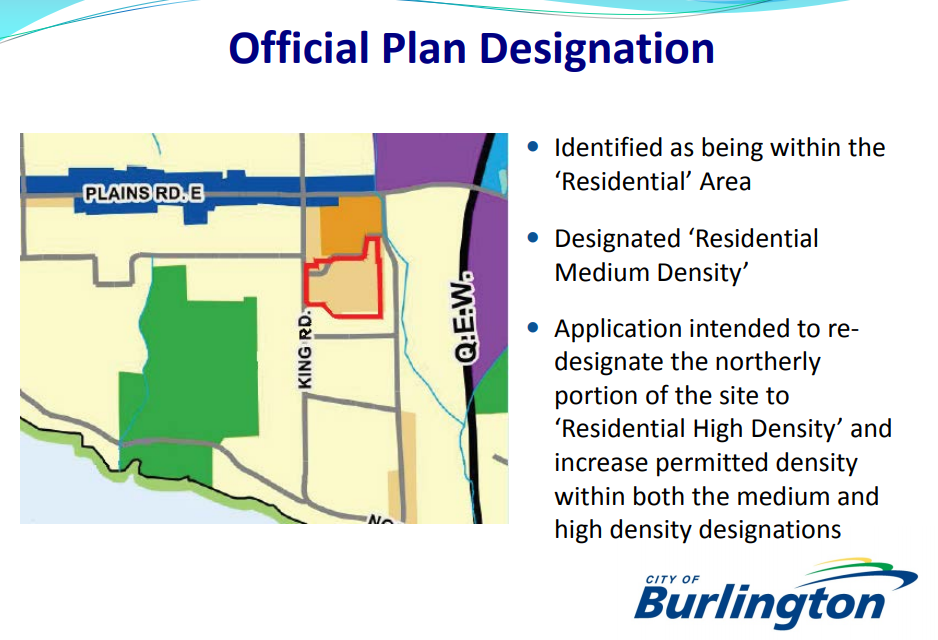 Below are some examples of the site’s current residential and high rise structures: 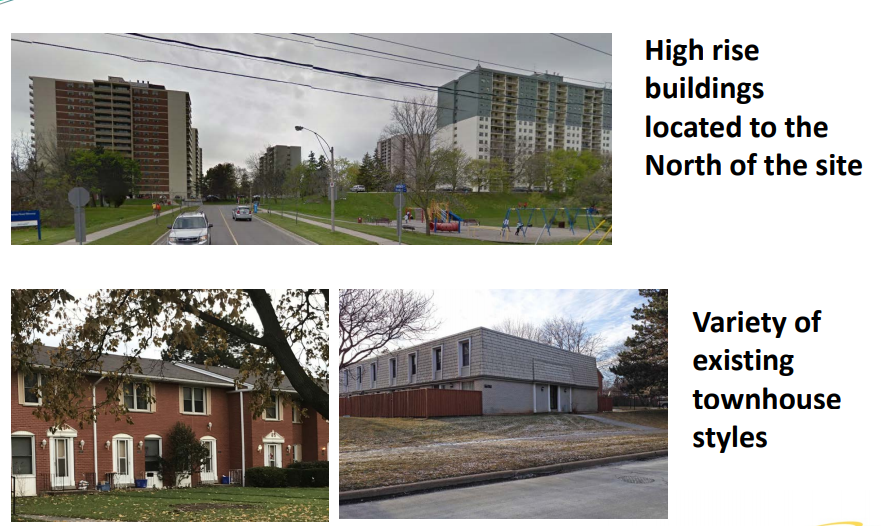 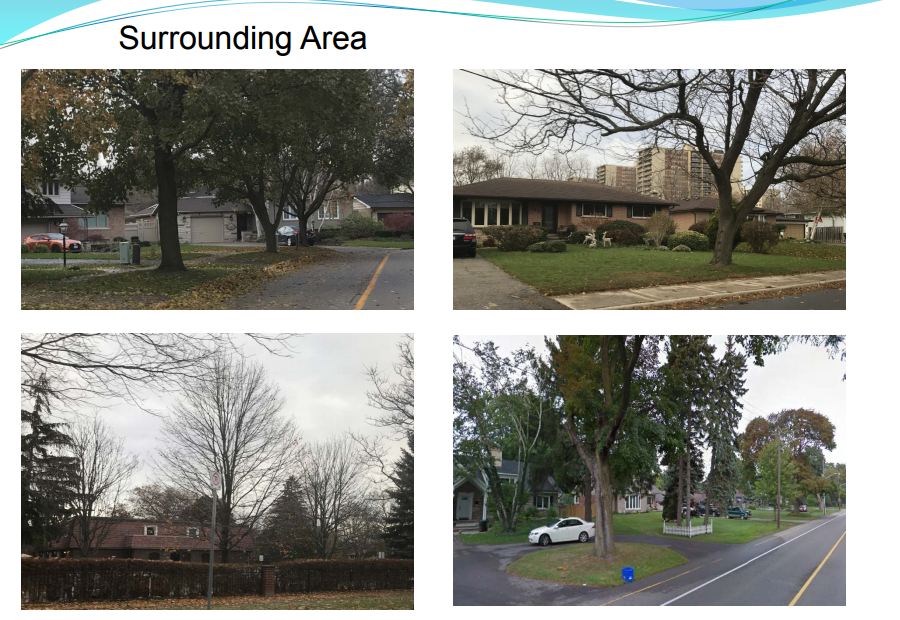 According to the applicant in their presentation, there were a number of factors for their proposal for “reinvesting in Georgian Court”:

Several examples of ‘modern amenities’ were provided in Realstar’s presentation as to what they had in mind for the new development: 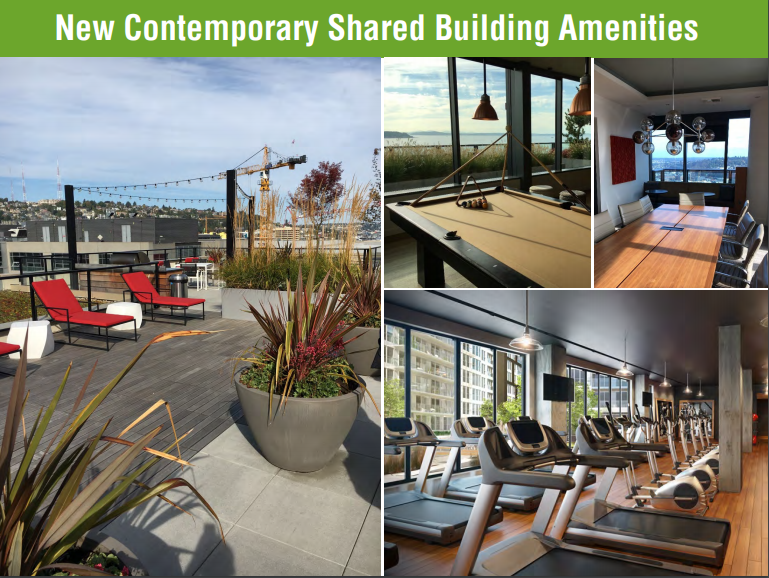 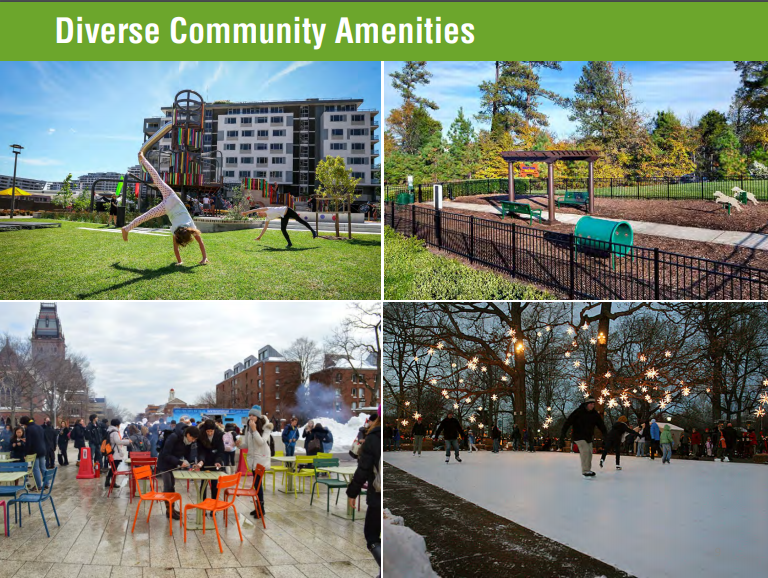 The site was also recognized for its proximity to parks, schools, community centres, downtown Burlington, Aldershot GO station (although it’s almost a 10 minute drive from here), as well as walking, cycling trails. 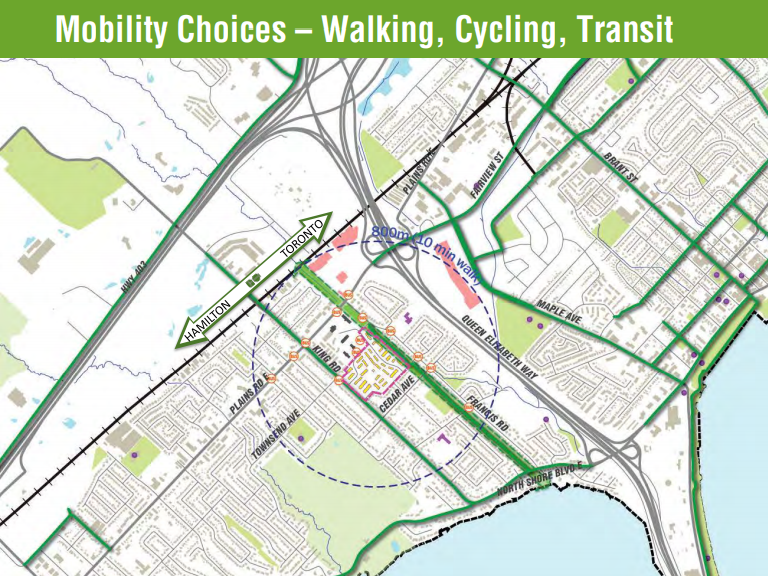 Realstar is also looking at providing a diverse ‘mobility framework’ within Georgian Court, such as pedestrian connections/crossings, bikeways and mews. They are also planning a varied mix of residential choices ranging from traditional townhouses, back-to-back townhouses, mid-rise and taller buildings. 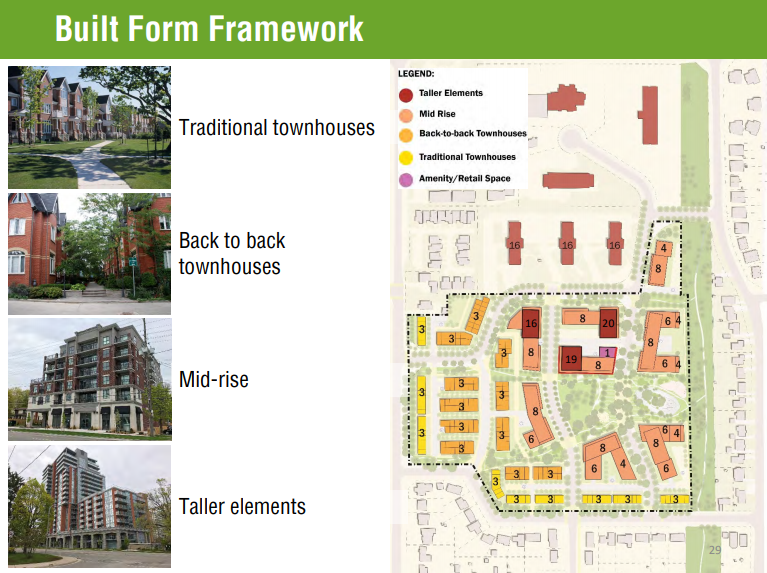 The next steps, according to Realstar, relate to dealing with current residents, such as:

As of this writing in July 2018, Burlington city staff have not made any final decisions as more information and further analysis is needed. The neighbourhood meeting on the proposal took place back in November, so a statutory public meeting at Burlington planning committee still needs to be held.

The Local Planning Appeals Tribunal (LPAT) is the revised form of the previously existing Ontario Municipal Board. But any applications filed prior to Royal Assent of Bill 139 on December 12, 2017. Bill 139 is the provincial legislation that changed the OMB to LPAT; therefore, this application will be subject to the rules under the OMB.

A quick check on Burlington’s meeting calendar shows that planning committee meetings are scheduled for July and September, but there is no indication that public meetings regarding this application are being held during those two sessions.

Inhalton.com reached out to the city planner on this file, but has not received a response as of July 3.

With a municipal election looming, perhaps residents should ask their local candidates running in Ward 1, where Georgian Court is located, what they think of this possible new development.

UPDATE: Burlington Ward 1 Coun. Rick Craven, who represents this area, said in an email to inhalton.com regarding this development, “City staff, the Mayor and I have been working with the developer and the community for over a year. We helped establish a neighbourhood advisory committee which has met several times. Our first priority is to protect the interests of the existing tenants and then to work together toward what could be a very exiting urban renewal program. The plan has still not been finalized and no decisions have been made yet. We have a long way to go.”