So far, we’ve been treated to a relatively mild winter that’s spared us both extremely cold temperatures (there have been some extreme cold warnings, but we haven’t dealt with polar vortex-type days just yet) and snow.

Well, that could change this weekend.

According to Doug Gillham, a meteorologist at The Weather Network, Oakville, Burlington, Milton and the entire GTA could be hit with the biggest snowstorm of the winter so far.

Relatively uneventful weather next few days but increasing threat for a snow storm this weekend. Potential for 15-25 cm of snow for most of the GTA & 20-30+ cm for Hamilton/Niagara w/ extensive blowing & drifting snow & dangerous windchills; More details: https://t.co/OIJFRPTdOX pic.twitter.com/ljX0UComYQ

Gillham says that while the weather over the next few days should be business as usual, the threat of a major weekend snowstorm is increasing.

Gillham also warns that we could see extensive blowing and drifting snow, along with dangerous wind chills.

“The threat is increasing for a major snowstorm this weekend across Southern Ontario. There is still some uncertainty regarding the exact storm track, and that will have a major impact on snow totals across our region,” The Weather Network says.

“However, confidence is increasing that this system will be a significant snow storm for our region with the highest impacts likely around Hamilton and across the Niagara region. Precipitation type is not a question with this storm as temperatures will be more than cold enough for all snow across our region.”

Yes, the weekend will indeed be cold. 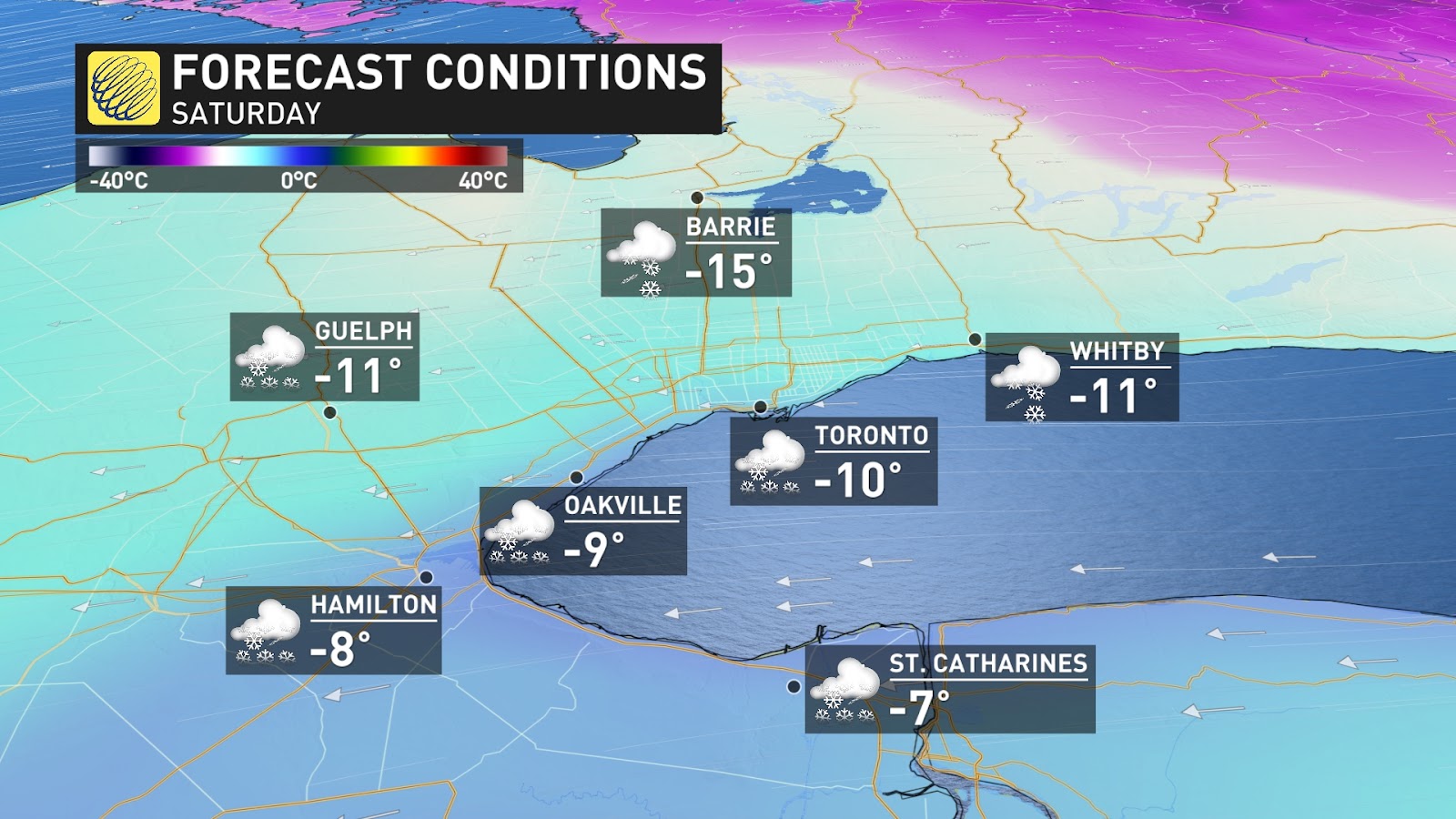 Graphic courtesy of The Weather Network

According to The Weather Network, temperatures in Toronto and the GTA will hit about -10.

Should the snowstorm hit the region, it will likely kick off on Saturday afternoon and persist into Saturday night.

So get those shovels ready and prepare to dress warm, it looks winter (the scary kind) is finally coming.