Search on for Hamilton man wanted on Canada-wide warrant who is known to frequent Burlington, Oakville and Milton

Police looking to identify suspect who stole vehicle in Burlington

Here’s What the Ontario Government is Doing About Climate Change

There has been much criticism on the Ontario government’s climate change position ever since they took office back in late June.

In the midst of cancelling the province’s cap and trade program and fighting the federal government on carbon tax, Doug Ford had not articulated a coherent alternative, leaving concerns that his government is in denial about climate change.

Yesterday, I announced our Made-in-Ontario Plan. Today I’ll highlight parts of our plan that will protect our air, lands & waters, reduce litter & waste, do our share to reduce GHGs & help prepare for climate change- Starting with @mattgallowaycbc @metromorning Tune in @ 7:10am pic.twitter.com/oXb5I1DnI9

Here’s are some of the key highlights from the province’s climate change plan:

The report put out this graphic showing how the money will be distributed. 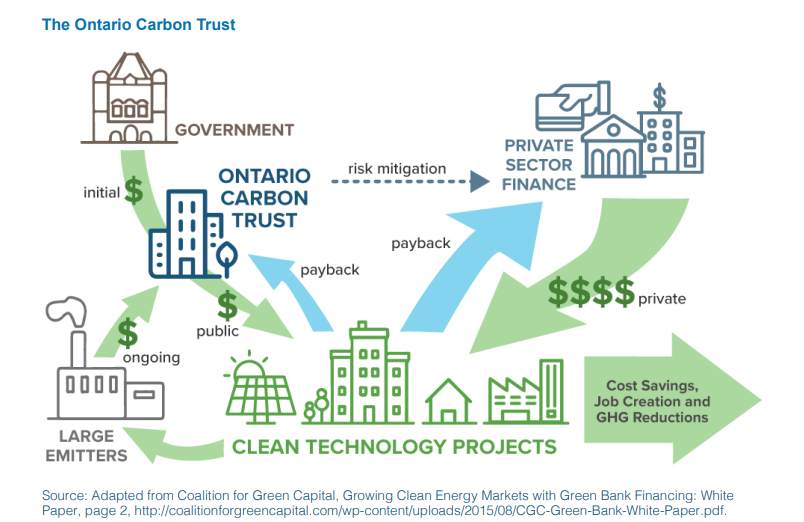 There was also a chart showing how much the province expects in carbon reductions by sector as of 2030. 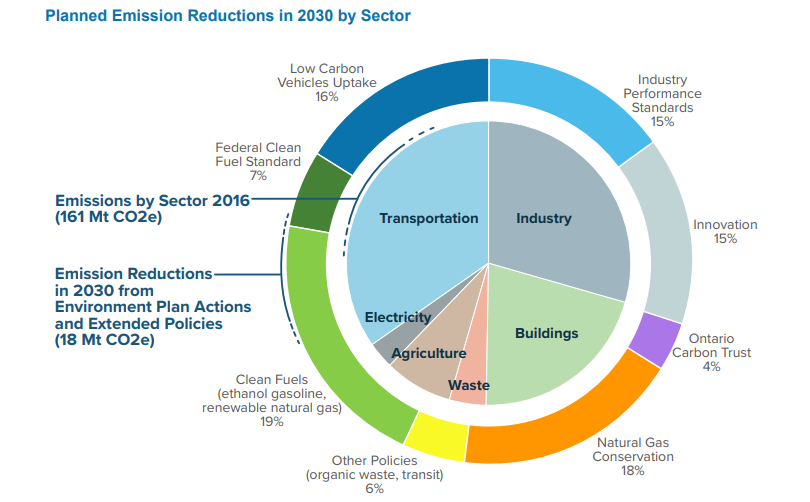 “This plan strikes the right balance between a healthy environment and a healthy economy,” said Phillips. “It contains solutions that will protect our air, land and water, reduce waste, address litter, increase our resilience to climate change and help us all do our part to reduce greenhouse gas emissions. Most importantly, it does all of this without imposing an ineffective, regressive carbon tax on hard-working Ontario families.”

“Our plan will encourage individuals, families, governments and businesses to take greater ownership of our shared environmental challenges through real actions, big and small. We promised the people of Ontario we are serious about addressing environmental challenges of our day while respecting hard-working taxpayers – and we are keeping that promise.”

The federal government’s response has been predictable, since they’re the ones who introduced carbon pricing that is scheduled to take place as of next year. Federal Environment Minister Catherine McKenna has said the Ontario plan is similar to ‘failed policies that were implemented in Australia and Saskatchewan.”

She also posted a video with an explanation of the federal carbon tax saying 90 per cent of the revenue generated would go back to the province.

Next year, under our price on pollution, 90% of revenue generated is returned directly to residents of the province. The remaining 10% provides support for the province's schools, hospitals, small businesses, municipalities, non-profit organizations, and Indigenous communities. pic.twitter.com/7pUMpYLJx0

At least now that they’ve come up with a plan to show the public, the Tories cannot be accused of not having a plan…and having those that disagree whether this plan would work over a carbon tax is the normal flow of political discourse.