In a follow up to the story on a new development coming to downtown Burlington and how it would affect the popular and frequented Kelly’s Bake Shoppe, Burlington councillors voted 5 to 2 at the July 16 council meeting to give the go ahead for an 18 storey condominium at 409 Brant Street. 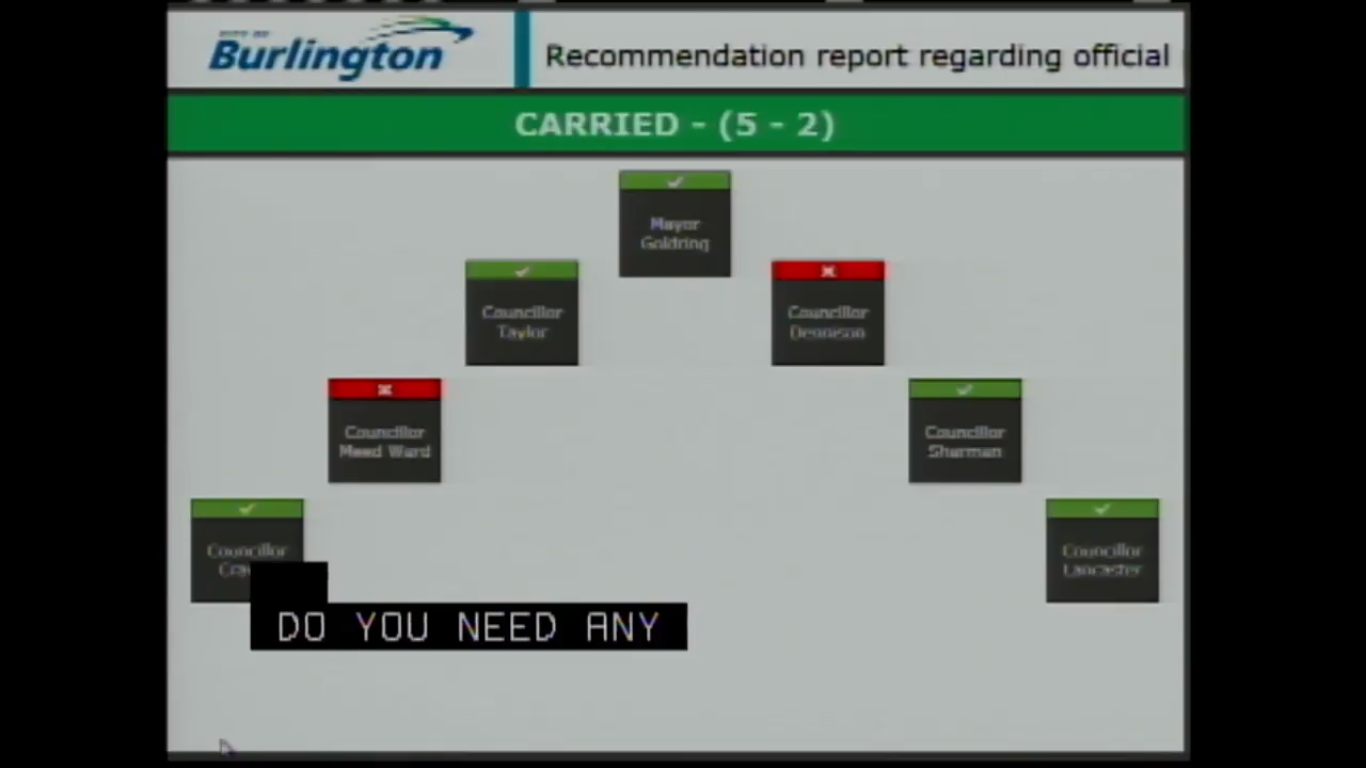 The approved condo is a mixed use development with a minimum of 365 square metres of commercial or office space on the second floor and 760 square metres of commercial retail space. Three city-owned trees from the Brant Street, James Street, and John Street rights-of-way in front of the properties will be removed, on the condition that the owner will provide compensation to the city.

But there was some rather heated rhetoric going back and forth as councillors debated before voting. Ward 5 Coun. Paul Sharman opined on how Burlington’s downtown is becoming gentrified. “It is turning into a one per cent community and people who built this city cannot afford to live here anymore.”

Sharman also suggested congestion was not being caused by the presence of tall towers, but by cut through traffic to the highway. “80 per cent of future generations can’t live here unless we provide the built form for them to do so,” he continued.

The notion of downtown being a “one per cent community” got a sharp retort from Meed Ward, who found those comments offensive and untrue. “Downtown Burlington has the highest low income community at 13 per cent (based on Community Development Halton stats) and there is social housing on Brant and John Street.”

Meed Ward also said that downtown has met the province’s intensification targets up to 2031 and “anyone who says that the condo is needed to meet that target is not being straight with you.” She also said this is going to result in the loss of ‘mom and pop shops’ (such as Kelly’s) and a familiar line that is sure to drive up blood pressures: this growth is turning Burlington into Toronto.

But the aspiring mayor was also rebutted by another councillor, Rick Craven from Ward 1, who said the province’s targets were only the minimum standards, saying that does not prevent Burlington from going past intensification targets in order to meet the housing needs of a growing city.

“Downtown doesn’t stop growing just because existing residents got there first. Thousands of people in Burlington live in tall buildings already, and we have run out of space we are built out. This is a time for bold leadership with an eye to the future.” Craven also found it insulting that Meed Ward seems to be dictating what kind of businesses landowners should allow to operate on their property, be they mom and pops or larger chains. “Quaint is no longer financially sustainable”. 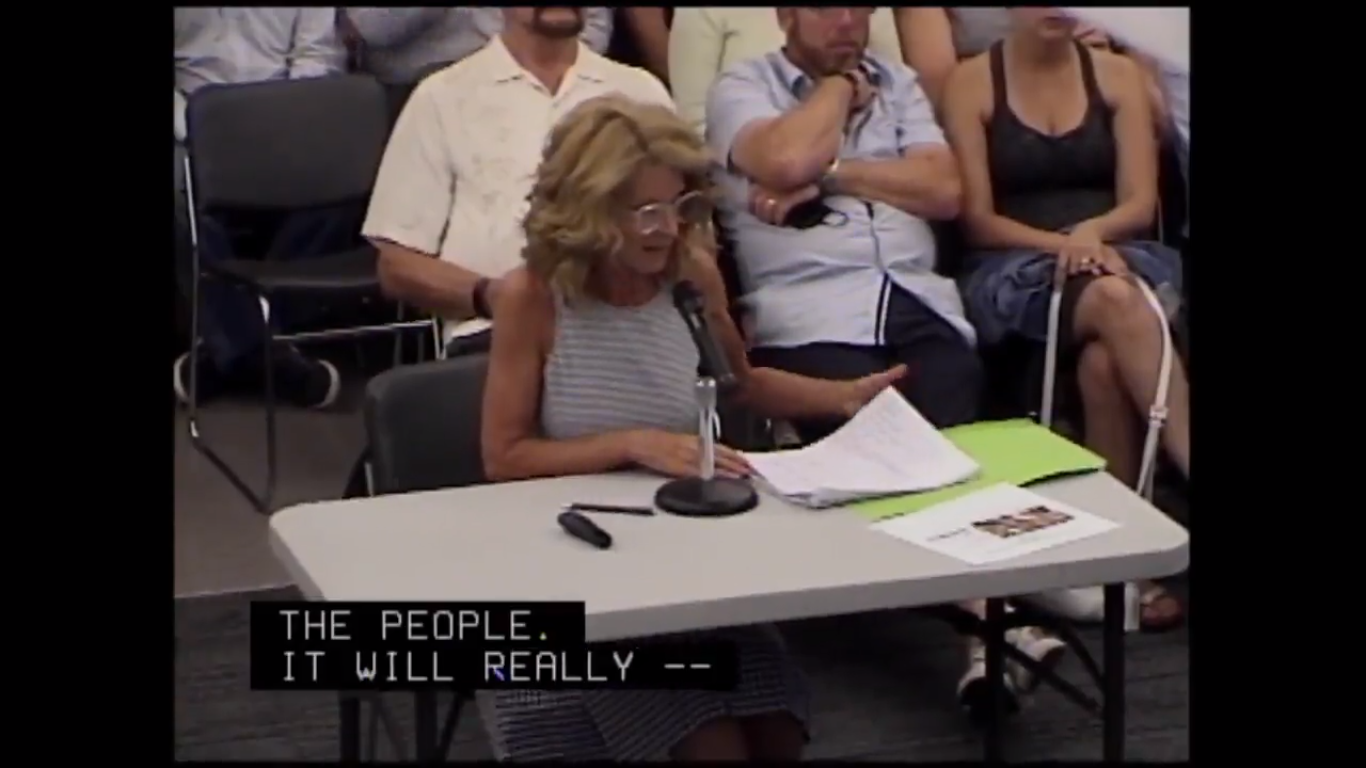 While it may be true that this has become a wider issue, the affection for Kelly’s Bake Shoppe cannot be overstated. An online petition to stop the development and save Kelly’s downtown presence has so far amassed over 7,000 signatures, and Childs herself was at council meeting asking what the future of heritage designations in Burlington would be and if another traffic study could be done. She did say to Craven that she is currently looking at other locations in Burlington, such as the Burlington Mall.

So it seems Kelly’s Bake Shoppe will survive somewhere else in Burlington, if not hopefully around Halton. Childs will be fine, but the overarching issue, as raised by Craven, is this opposition to tall buildings versus the insistence from many corners that intensification can / is being achieved through mid-rise buildings and more spreading out of intensification. It’s not just businesses like the bakery that are being affected.

Mike Wallace, the former Burlington MP also running for mayor, says on his website that he believes in community planning that manages our growth without losing our character, as well as integrated development that builds on our strengths, reflects Burlington’s culture, as well as infrastructure and transportation planning that delivers results and is fiscally responsible.

One thing is certain is that development, intensification and the future of Burlington’s downtown is a hot button issue in the upcoming municipal election that will affect political fortunes of those outside the downtown.

Inhalton.com will provide an updated list of candidates running in your local ward after July 27, the last day when candidates can register to run.