Thunderstorms in the forecast for Brampton

PICK A SIDE: Should trick-or-treating be cancelled this year?

Is Brampton’s hospital prepared to handle the uptick in COVID-19 cases amid the City’s health care crisis?

Plans for a mixed-use development in the city, originally halted, are now approved to go ahead in Brampton.

The development, estimated to be 20-stories, is to be built near Peel Memorial Hospital and will consist of four individual properties that, municipally, will be recognized as 174, 178, 180 and 184 Queen Street East.

It is also being recognized for being reflective with Brampton’s 2040 Vision, through the “Neighbourhoods theme, and will help establish the central Queen Street corridor as Brampton’s grand urban boulevard, for comfortable, sustainable living.

Back in 2012, the city’s Planning and Development Committee gave a seal of approval to a recommendation reported to endorse the application “in principle,” which was subsequently ratified by Council on June 20, 2012. 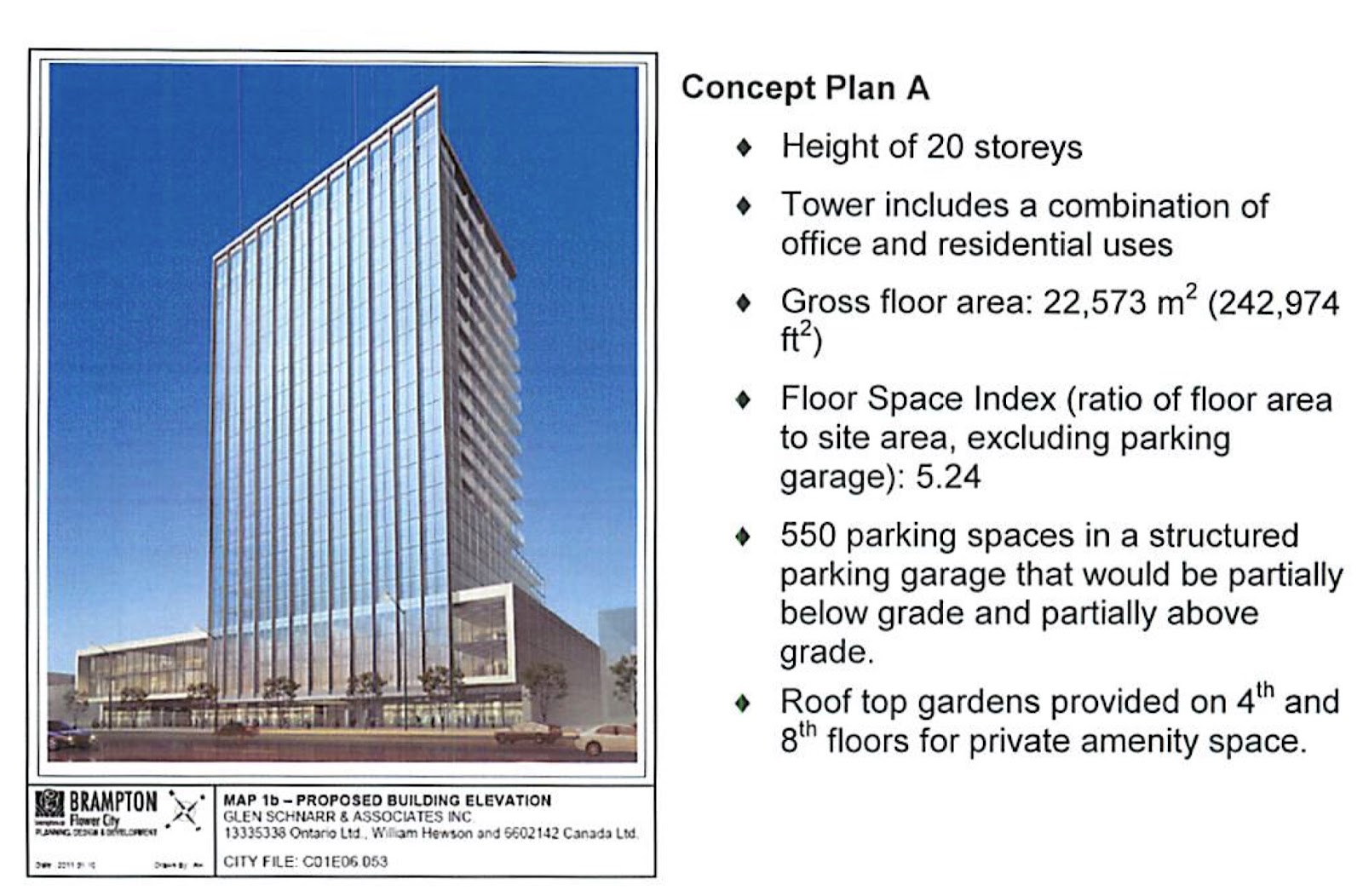 This application, however, came with a “sunset clause,” which required the decision to be void unless a zoning by-law amendment was passed within 18 months of Council’s decision.

Currently, every “prior to” conditions listed in the June 20, 2012 Council decision have been completed and found satisfactory. This includes the completion of an Urban Design Brief to the satisfaction of the commissioner of Planning and Development Services, to the confirmation of the filing of a record of site condition being provided.

More crucially, however, the zoning by-law implementation has been confirmed in writing by the applicant to be satisfactory, which would permit office uses to be incorporated into the development.

Specifications of the development include a maximum floor area of 22,600 square metres (exclusive of the parking garage), with the maximum height of 69 metres.

An exception comes in the form of the form if the building is used exclusively for commercial uses, which would lead the maximum floor area shall be 16,600 square metres (exclusive of the parking garage).

The building is being designed to demonstrate a high level of design, including a strong definition of the podium and tower, high quality building materials, and the incorporation of building and site elements that contribute to a strong pedestrian streetscape.

Following the resuming of construction and the approval of applications, the development is also poised to spark job growth to a targeted density of 200 residents per hectar, to be transit-supportive, and to contribute toward the development of complete communities through a range and mix of housing options.

For further details and aspects of the development, click here to see the committee agenda.

Are you excited for this new, modernized development, Brampton