Police responding to person in crisis in Brampton

Brampton is one of Ontario’s fastest growing municipalities and the ninth largest city in all of Canada.

For that reason, city leaders have big plans for the future. 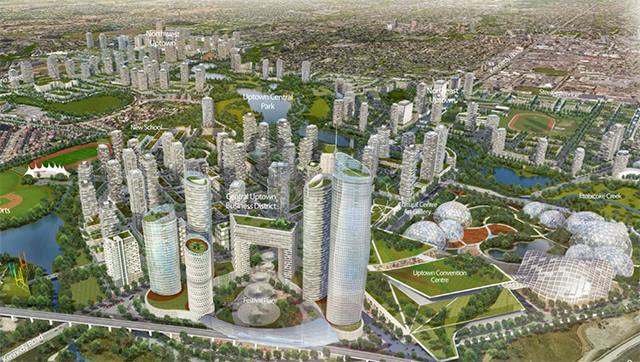 Over the past few months, a great deal of attention has been paid to Brampton’s ongoing infrastructure and city-building initiatives–namely its brand new university (a partnership between Ryerson University and Sheridan College) and its changing plans for light-rail transit (LRT).

Listen to our Brampton 2040 podcast below

But how do city planners see Brampton taking shape over the next 20 years?

They lay out their plan in this interesting Brampton 2040 Vision document. 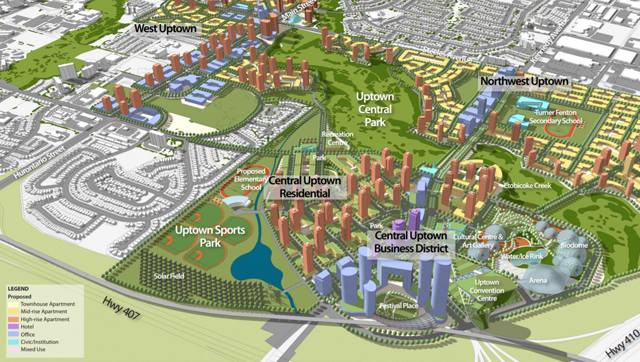 Judging by the visuals (which are pretty spectacular), planners are envisioning a distinctly urban, walkable space that’s a far cry from the bedroom community look and feel that Brampton and other GTA satellite cities are known for.

This Bramalea Canal Street rendering is pretty remarkable in scope and scale, boasting chic, modern high-rises, sprawling outdoor patios and a canal with canoes (who ever thought they’d be able to take a leisurely boat ride through Brampton?). 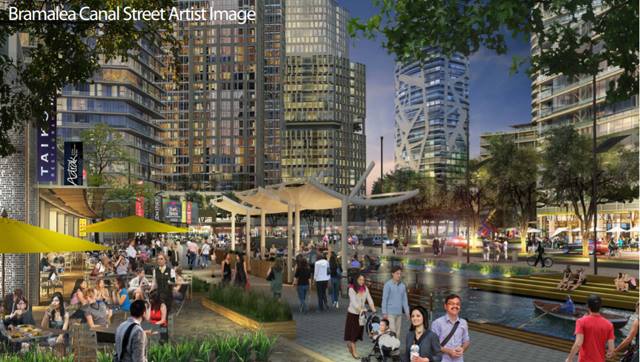 As for what’s informing the vision, the document says the goal is to create something of a mosaic.

“The essence of Brampton is diversity and the essence of what the people want for the future is that their city be arranged, governed, seen, and celebrated as a mosaic of people, places and endeavours of all kinds, coexisting in harmony,” the document reads. 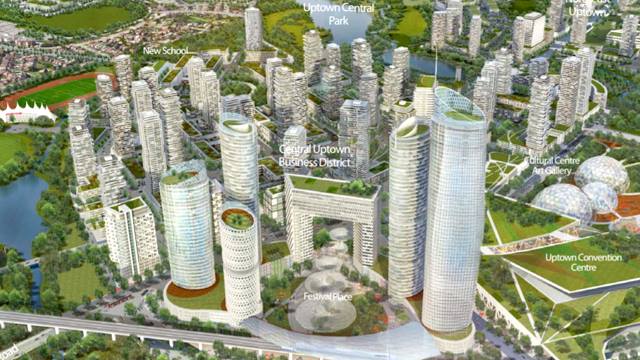 As for what crafted this vision, the document says it’s been informed by resident input.

“Starting in September 2017, having tapped several hundred thousand people to take part, over 13,000 people linked back to the process. Of these, about 11,000 people contributed specific comments and ideas,” the document reads, adding that city used work sessions, community events, workshops, a professional peer review session and more to solicit feedback from both experts and the public. 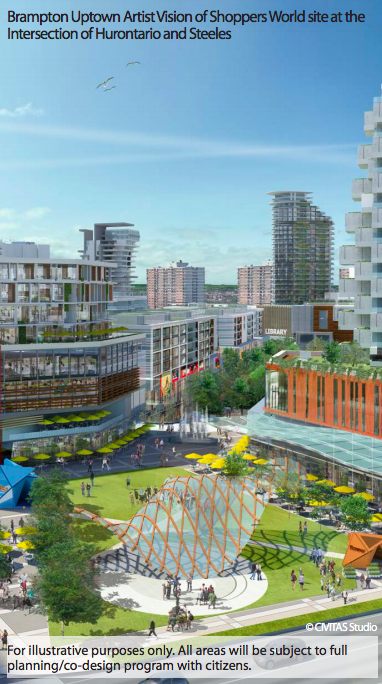 Naturally, the vision touches on the most important–and defining–aspects of urban life. The document says the vision is designed to bring “10 transformations” to Brampton, including a new uptown and reset downtown that will function as the city’s economic engines, five new town centres, a thriving arts scene, complete living (new neighbourhoods and a refreshed Bramalea), better connectivity (transit, walking and cycling networks, etc), a beautified landscape, green space, “social and health harmony,” organizations to act on behalf of residents and more.

• Vision 1: In 2040, Brampton will be a mosaic of sustainable
urban places, sitting within an interconnected green park
network, with its people as environmental stewards –
targeting ‘one-planet’ living.

• Vision 2: In 2040, Brampton will be a mosaic of vibrant
centres with quality jobs, a rich range of activities, and
integrated living.

• Vision 3: In 2040, Brampton will be a mosaic of characterful
and complete neighbourhoods.

• Vision 4: In 2040, Brampton will be a mosaic of safe,
integrated transportation choices and new modes,
contributing to civic sustainability, and emphasizing walking,
cycling, and transit.

• Vision 5: In 2040, Brampton will be a rich mosaic of cultures
and lifestyles, coexisting with social responsibility, respect,
enjoyment, and justice.

• Vision 6: In 2040, Brampton will be a mosaic of healthy
citizens enjoying physical and mental wellness, fitness, and
sports.

• Vision 7: In 2040, Brampton will support a mosaic of artistic
expression and production. 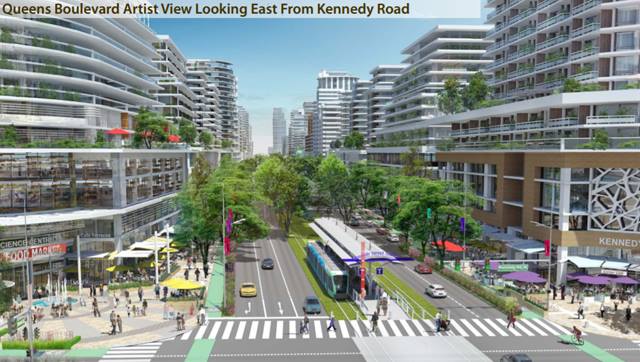 While the vision might seem extreme to some who appreciate sprawling suburbs, the move to urbanize makes sense and is being embraced by other GTA municipalities. In fact, this vision isn’t terribly dissimilar from nearby Mississauga’s lofty Downtown 21 plan.

And while the vision will definitely change Brampton aesthetically, it will also–ideally, at least–make it more attractive to residents and businesses.

Naturally, the city is preparing for significant growth, both in terms of households and jobs.

While the vision might be challenging to achieve (doing so will require communicating with the public, forming strategic partnerships, designing an entirely new look and feel for major neighbourhoods, and more), it’s hard not to get excited about it. 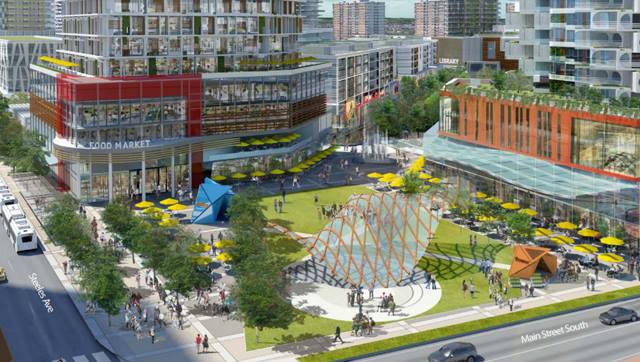