While Mississauga went all blue for the Tories, the Brampton results were somewhat mixed, with the ridings splitting between the Ontario PC party and the NDP.

Canada’s ninth largest city yielded some rather close contests in the ridings. Let’s take a look at the local results in Brampton from the provincial election: 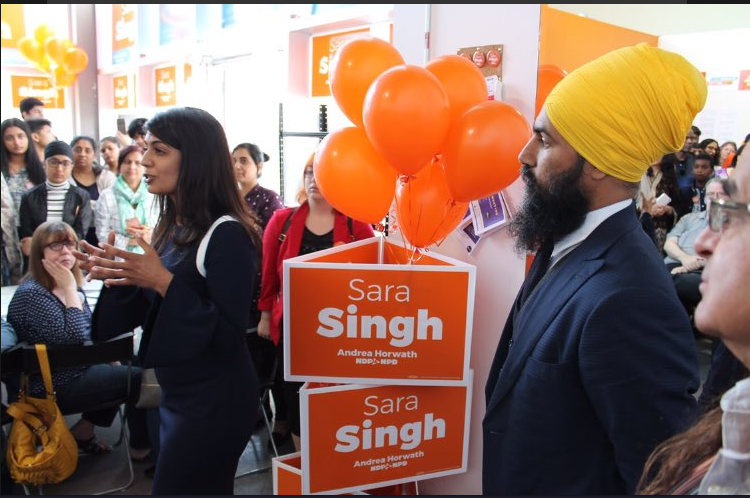 Singh is a Ph.D candidate in policy studies at Ryerson University, and one of the things that stood out during the campaign was at an all candidates debate organized by the Brampton Board of Trade, she was the only one that attended, which she took full advantage of by answering pressing questions for close to an hour by the panel.

I guess when you show up and defend your party’s policies, especially as an NDP candidate in front of a business crowd, the hard work and diligence pays off. Gurratan Singh, brother of Jagmeet, easily held the Brampton East riding for the NDP, where the elder Singh was MPP for 6 years before getting elected federal NDP leader.

Singh won with 46 per cent of the vote, while PC candidate Sudeep Verma was in second with 33 per cent. Liberal “star candidate” Parminder Singh, the founder of Hockey Night in Brampton, trailed in third place with less than 17 per cent.

The riding’s results are indicative of how polling and riding projections/predictions either over-exaggerate or under-exaggerate the numbers. Brampton East was “projected” to go over 60 per cent for the NDP, but the result was rather modest in the end. Verma got a strong second place finish despite the fact he was a last minute replacement for the previous PC candidate who stepped aside due to an alleged 407 data breach scandal.

It’s not like the younger Singh didn’t have his own controversies; a photograph of him leaked out from 2006 when he was shown holding a “F**k the police” sign during a protest. Maybe that diluted his vote total a bit, but it’s actually an increase from what his brother got in 2014. In another nail biter, the NDP snagged a third seat in Brampton North, as the Weather Network’s Kevin Yarde won it for the party, but it was a close race with the PCs.

Yarde won the riding with 37 per cent of the vote, but only less than 500 votes behind PC contender Ripudaman Dhillon who garnered 36 per cent of the vote. The previous sitting Liberal MPP Harinder Malhi, who was running for reelection in this newly drawn riding, came in third place with 21 per cent.

One last bit of history was made locally as well, as Yarde appears to be the first black Canadian to be elected an MPP in Brampton. 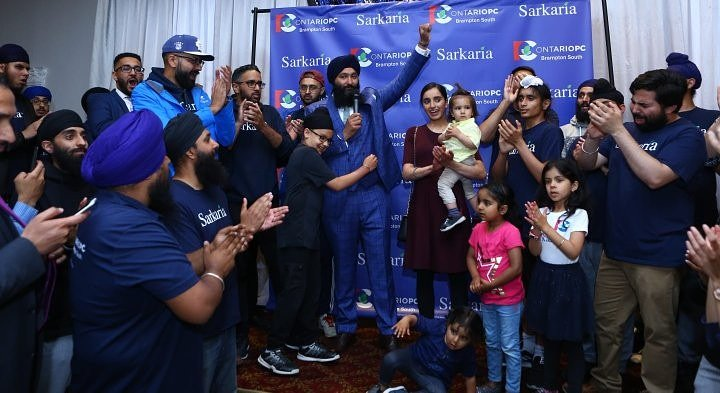 PC candidate Prabmeet Sakaria, a corporate lawyer from Miller Thompson who was the first nominated candidate for the Conservatives in Brampton, won with 41 per cent of the vote over his closest rival, the NDP’s Paramjit Gill (also a lawyer).

Doug Ford is going to need to fill his cabinet with a balanced mix of veterans and newcomers, and Sarkaria could be in line for a cabinet post being from Peel Region. 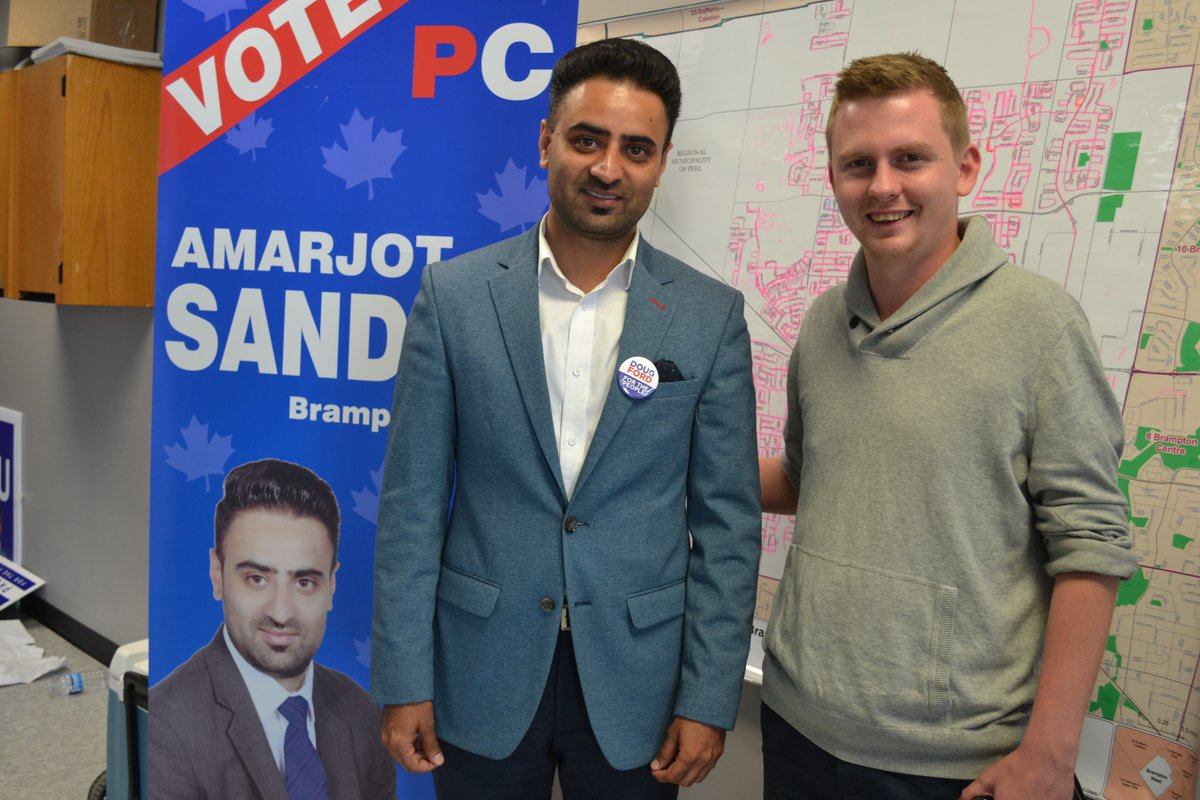 In another close contest and minor upset, PC candidate Amarjot Sandhu managed to win this riding in northwest Brampton by 490 votes over NDP challenger Jagroop Singh, when polls had shown the NDP leading narrowly in this riding.

Liberal candidate Vic Dhillon, the previous sitting member of Brampton West since 2007, came in third with less than 20 per cent of the vote.

While the influence of Jagmeet Singh has translated into three NDP seats in the Flower City, it wasn’t a complete shutout for the incoming governing party. The Tories have some representation in this city, but they also have Opposition members who can provide a different viewpoint and represent the interests of those who are concerned about the incoming government’s direction on issues like transit, infrastructure, taxes and social program spending.

The NDP made a strong play for all of Brampton’s five seats, promising a new hospital and tackling high auto insurance rates by discontinuing rating based on one’s postal code. In the end, they did relatively well, but it was not the total sweep the NDP was predicted to have by various pollsters and pundits.

As for the Liberals, this showed a complete collapse of the party that governed Ontario in the last 15 years, with their traditional support fleeing to the NDP or PC party. They have a tough rebuilding process ahead of them.

For the local results in Brampton and across Ontario, you can check the Elections Ontario website for those numbers.