One of the most common pieces of plastic may soon be a thing of the past.

As part of an exploratory report dicussing the future of single-use plastics, the Ontario government is proposing new ways in which to divert waste from landfills.

The discussion paper, entitled Reducing Litter and Waste in Our Communities, discusses ways in which further environmental action is needed across the board in order to address litter and reduce waste.

“Ontario generates nearly a tonne of waste per person each year,” the report said. “Our overall diversion rate has stalled at 30 per cent over the past 15 years. This means that 70 per cent of our waste materials continue to end up in landfills.”

Sending waste to landfill is economically inefficient, the report indicates, while also contributes to growing greenhouse gasses. One of the main sources of this is through wasted plastic.

Statistics Canada and data from an IC&I 2018 study represents this via charts, to illustrate how attempts to divert waste properly are drastically staggering, and to a bigger extent for businesses. 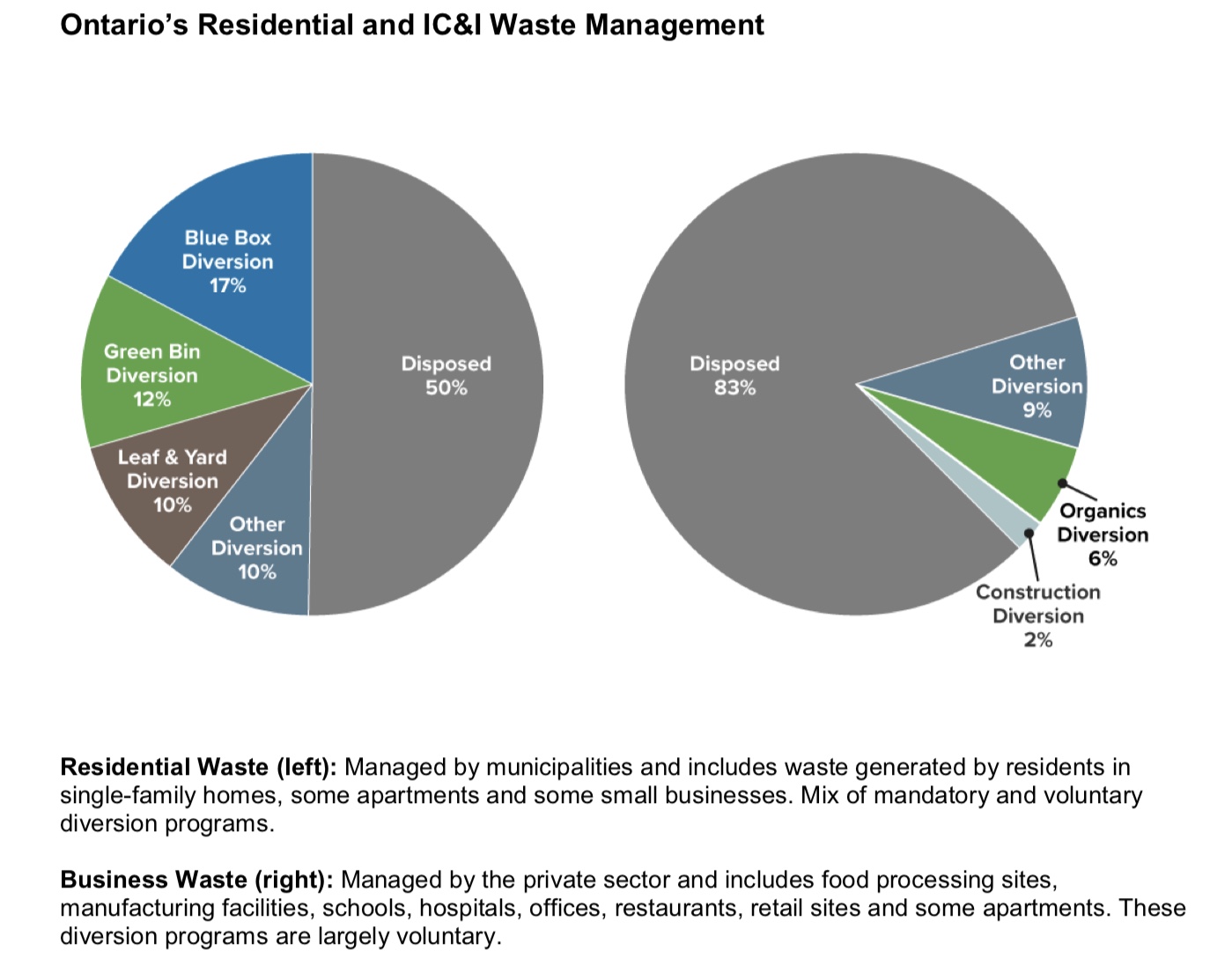 To remediate this, the Ministry of the Environment, Conservation and Parks is putting out ways to address the root cause of the issue, in order to better manage plastic waste, such as working with other provinces, territories and the federal government to implement a Canada-wide strategy.

Similar strategies, in addition to bans on single-use plastics, are already in place in other jurisdictions.

Stronger commitments from the federal government will also be pursued, in order to discourage the public from using difficult to recycle plastics.

A deposit return is also being considered, to further the idea of reducing waste and litter in communities.

The move comes on the heels of major establishments such as Starbucks also doing their part to be more environmentally-friendly.

A sustainable planet is what we all need, after all.

What do you think of these environmentally-sound proposals?