It looks like more of the same for Canada’s ninth largest city’s political representation on the federal stage.

Out of the 53 seats up for grabs in the Greater Toronto Area, the Liberals under Justin Trudeau won 47 of them, while the Conservatives grabbed six and the NDP, despite fielding a credible team of candidates and with Brampton’s Jagmeet Singh as leader, were shut out.

Nationally, the Liberals were elected in 157 seats, the Conservatives elected 121 seats, the Bloc Quebecois got 32 seats, the NDP elected with 24 seats, the Greens with 3 and one Independent elected, that being Vancouver Granville’s Jody Wilson Raybould.

Here are Brampton’s MPs-elect in the next Parliament. 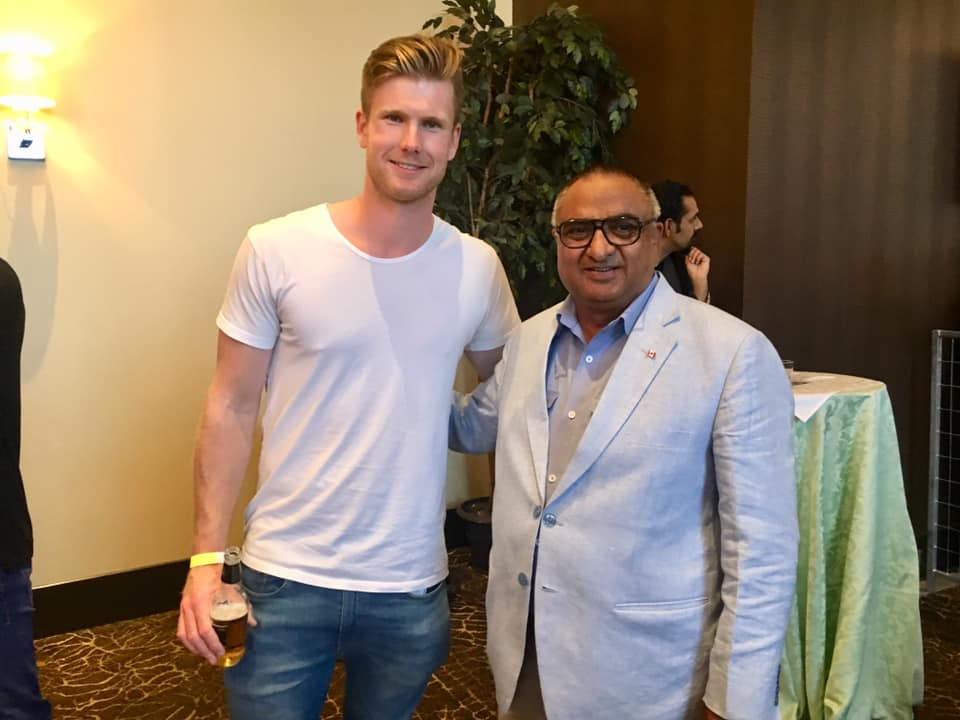 Lawyer Ramesh Sangha, first elected as a Liberal MP in this riding in 2015, has managed to coast to a comfortable win despite facing a rather strong challenge from the NDP’s Jordan Boswell and Conservative Pawanjit Gosal. What could have been a competitive three way race due to the retirement of former Liberal MP Raj Grewal turned out to be an easy win for new Liberal candidate Maninder Sidhu. 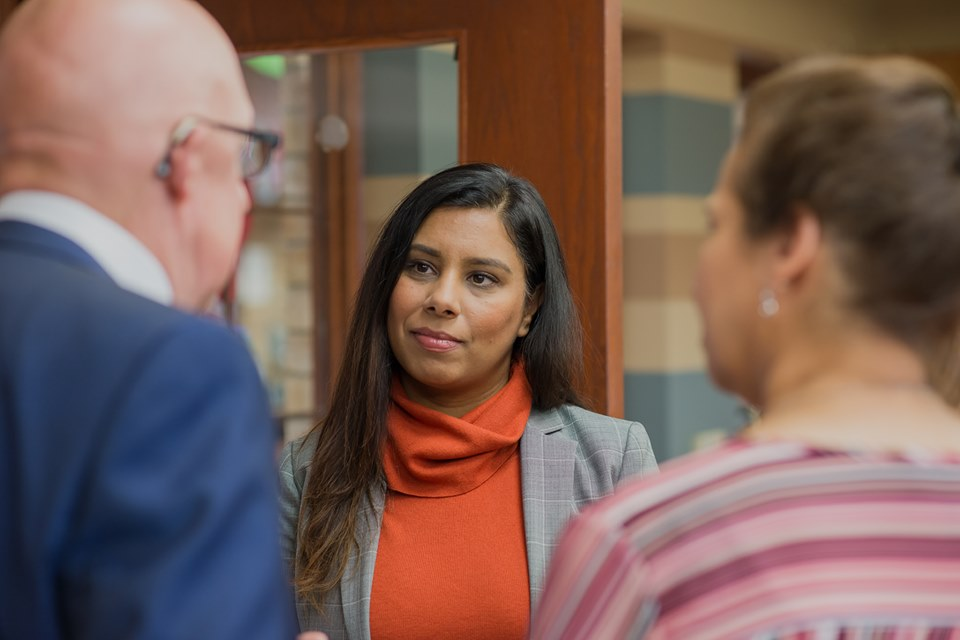 In the end, it wasn’t even close despite what some, Tory supporters or otherwise, thought.

Liberal candidate Ruby Sahota trounced her Conservative opponent, Arpan Khanna, by over 11,000 votes to win another term in office, despite Khanna being one of the more impressive candidates the Tories fielded in Brampton.

Sahota won 51.4 per cent or 25,697 votes while Khanna managed to get 27.8 per cent or just 13,895 votes. The NDP’s Melissa Edwards garnered 16.8 per cent support, while Green candidate Norbert D’Costa earned 3 per cent of the vote and People’s Party candidate Keith Frazer got 505 votes, or just one per cent.

Certainly, Khanna was able to articulate his party’s position better as he demonstrated in the city held town hall, and he even had Alberta Premier Jason Kenney campaign for him in the riding. But despite that push, the Liberal vote was too strong to overcome. 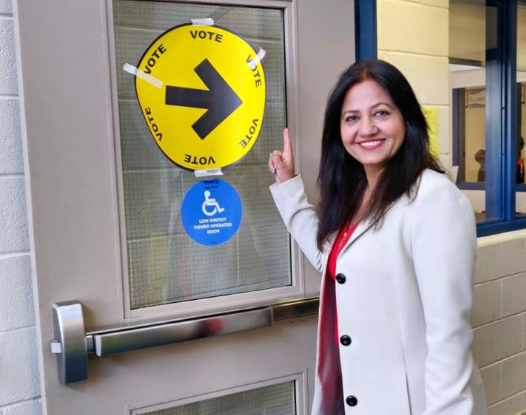 First term Liberal MP Sonia Sidhu was returned to Ottawa for a second time, although her vote percentage went down slightly. 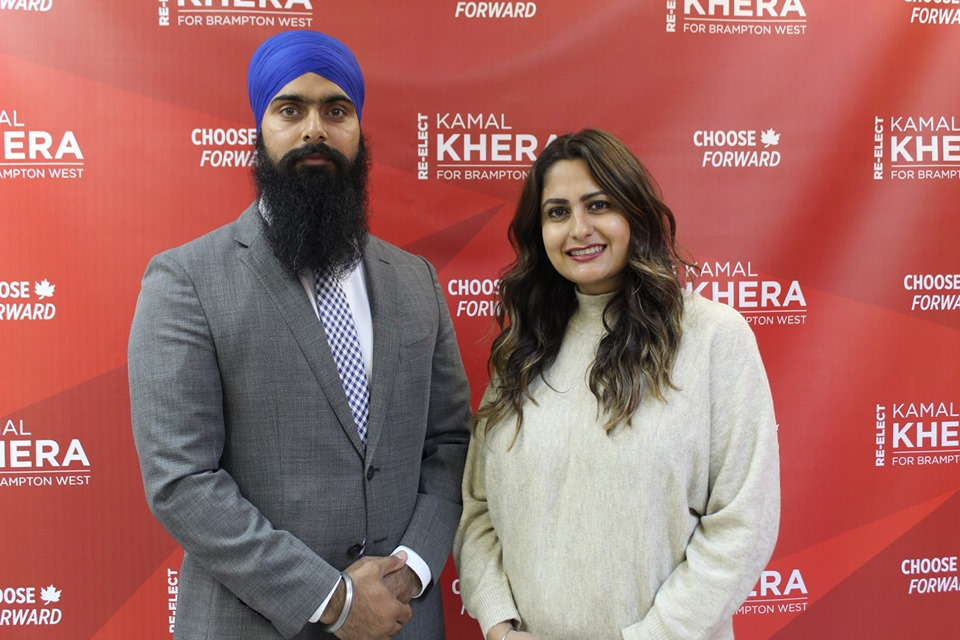 Registered nurse Kamal Khera, the former Liberal MP in Brampton West, has earned herself another term back to Ottawa.

Khera defeated her Conservative opponent Murarilal Thapliyal by over 15,000 votes, as Thapliyal trailed with only 23.9 per cent of the vote. NDP candidate Navjit Kaur gained 18.3 per cent, Green candidate Jane Davidson got 2.3 per cent and the People’s Party’s Roger Sampson got just 0.9 per cent, or 500 votes.

In addition, former Brampton West Conservative MP Kyle Seeback, who lost his seat in 2015, has been reelected and will be returning to Ottawa…this time as the Tory MP for Dufferin-Caledon, making him the only Conservative elected in Peel Region.

What are we to make of these results, besides the fact that voters seem to like Liberals. Despite Justin Trudeau’s various scandals that came to light before the election, and with brownface during the campaign, people seem to have given the prime minister a pass on his many transgressions.

The NDP hopes for the Singh surge appears to have fizzled out. Jagmeet Singh indeed made history by being the first racialized person to campaign for prime minister, and conducted himself admirably during the campaign, but his pull in Brampton was not up to hype as many suggested nor was it prevalent much anywhere else.

Even in Singh’s old stomping grounds, Brampton East, the NDP candidate only got about a quarter of the votes cast while the Liberals were miles ahead, even with Jagmeet’s brother Gurratan being the provincial member. The only consolation is that they edged out the Tories for second place in Brampton East…but they remain mired in the same amount of support they had in 2015.

In Brampton Centre, while the NDP may have put their hopes on Boswell against a rather inept and ineffective MP in the Liberals’ Sangha, the former Singh staffer ended up with barely 20 per cent of the vote. Perhaps that last minute revelation that he used some rather derogatory descriptions of women being trafficked in the sex trade didn’t help matters.

There is some indication that NDP support went to the Liberals. In Khera’s picture, it shows her pictured with the former provincial NDP candidate in Brampton West. Khera put on Facebook that Jagroop Singh, who came in a close second in the riding as the NDP candidate in 2018’s provincial vote, had endorsed her.

“This time, he (Jagroop) knows there is only one choice in this election to ensure we continue to build on the progress we have made with our ambitious but achievable plan,” the newly reelected MP posted.

With hopefully a more focused and unified provincial Liberal Party in 2022, could this consolidation around the Liberals happen again, dashing NDP hopes of gaining more traction in Brampton?

Or will we find out sooner than later, as we are in a minority government situation in Ottawa?