The battle over how the Peel Regional Police gets funded has intensified as a Mississauga councillor lashes out at the Mayor of Brampton over some alleged ‘misinformation’ being spread over the recent debate over the police budget.

Caledon, which is also part of the Region of Peel, currently has policing services provided by the OPP.

According to the report, Peel police represents approximately 50 per cent of the Region of Peel budget. The report says that an independent analysis by Ernst & Young that uses the same principles that are used by the province to charge Caledon for policing services from the OPP estimates Mississauga taxpayers are currently overpaying for Peel police services by up to $69 million annually.

The current allocation formula, which is based upon property assessment for Mississauga and Brampton, currently has Mississauga paying 63.1 per cent of the cost and Brampton paying 36.9 per cent. The formula is unfair, according to Mississauga, which advocates for a model basing pay more on service use.

“Given this model is used to allocate OPP costs to Caledon taxpayers, it is reasonable and equitable to consider this instead of assessment for allocating Peel Regional Police costs to Mississauga and Brampton,” the report reads, adding that this was not about replacing Peel Police with the OPP.

Moosenee, a town with about 1,500 people as of the 2016 census, has its policing overseen by the OPP North East Region James Bay-Moosonee detachment.

Parrish also criticized how the Peel Police Board provided no detailed numbers for the 5.4 per cent increase, in comparison to the OPP for when they requested their 1.5 per cent.

Interesting. ‘Secret society’ Police Services Board provide no detailed budget numbers for 5.4% increase, as OPP did for their request of 1.5%. Neither mayor attended PSB meeting that passed Budget October 2. Outrageous. Time to change this system for 40% of Regional Budget. https://t.co/5ssc6LsriQ

Mayor Brown’s office did not provide a response to Parrish’s accusations at the time of this writing, but the disagreement between the two main cities of Peel Region has gone beyond just police funding.

During the December 19, 2019 regional council meeting, Mississauga councillors again pushed for this motion to get more information about police funding, to which Brampton councillors were dead set against.

The first attempt to pass this motion in a previous meeting resulted in Brampton councillors walking out, thus stopping the meeting as quorum could not be achieved. 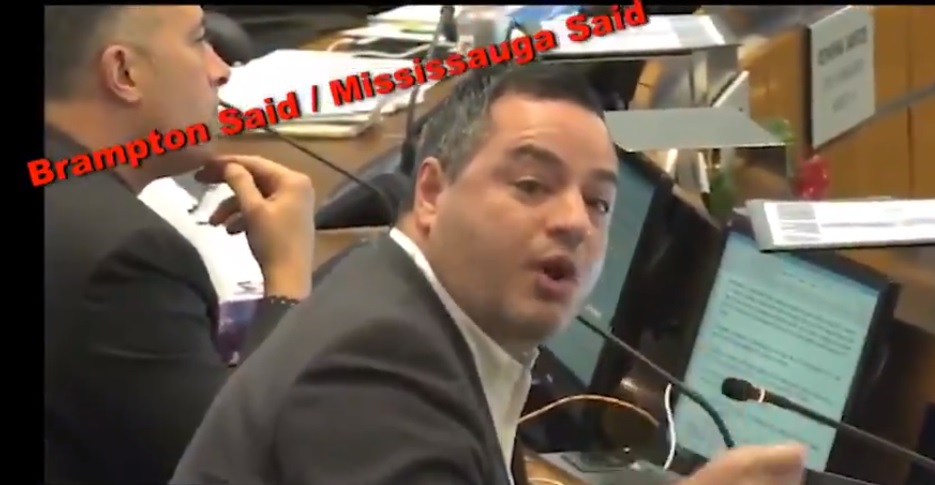 The rest of the December 19 meeting can be seen here:

“The police funding model is not fair, and if this motion gets defeated it tells me that this council is political, is dysfunctional, when one municipality can’t ask staff for information. That would be a sad day,” Crombie said, alluding to how if this motion to examine police funding failed to pass, it could not be reintroduced again during this council term without a two thirds vote.

“I’d like to hear from those who would have to embark on the journey to untangle a complex funding system and speak to us about the decision making, because it’s not around this (regional council) table where these decisions are made,” Medeiros said, implying that having staff study the issue isn’t as ‘simple’ as one would think. 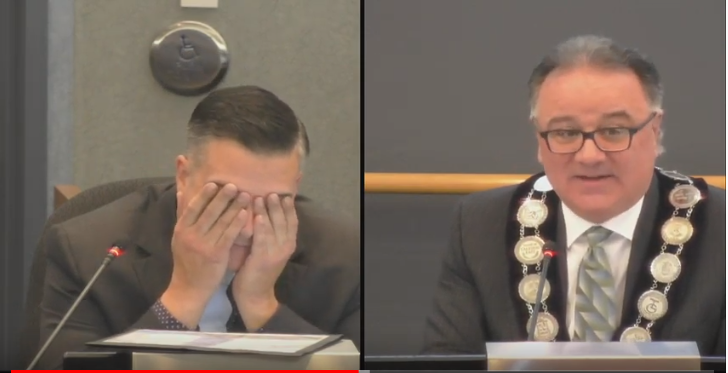 After more additional debate over procedural matters, Council voted in favour 11-10 to move the referral to get more information on police funding, with Iannicca breaking the tie vote. 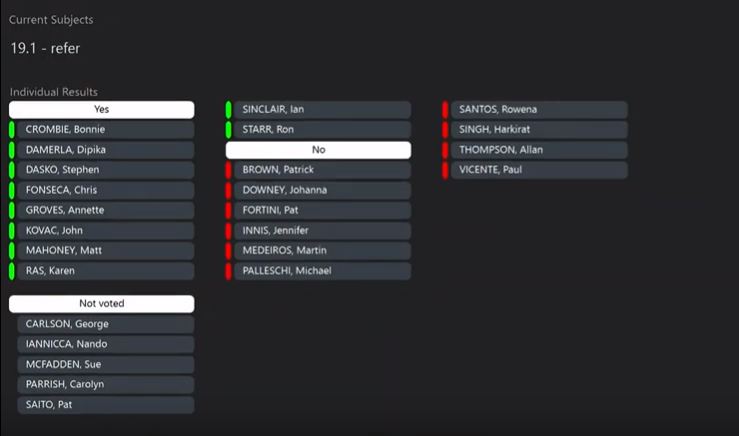 Despite calls for ‘working together,’ the initial tie vote clearly shows stark divisions on Regional Council, with all Mississauga councillors and one Caledon councillor (Ian Sinclair) voting one way and Brampton and the remaining Caledon councillors voting the other way.

At least there seems to be a real debate over an important issue like how to pay for Peel Regional Police going forward in the otherwise stale world of municipal politics.