Is The City Doing Enough to Support Arts in Brampton?

There’s a growing trend of art in Brampton that’s really taken hold in Canada’s ninth largest city. It may not be as noticeable on the surface, but it’s there.

However, it seems that arts groups tend to struggle somewhat in Brampton trying to stay operational. Case in point was Beaux Arts Brampton and their recent request to city council to help cover their rent and utility costs.

But money aside, it seems arts groups are looking for deeper support from the city, or in this case, some formal organization.

A group calling themselves the Brampton Arts Coalition Committee (BACC) are planning to make a presentation to Brampton City Council during the February 20 council meeting to pitch the idea of setting up an Arts Council in the city.

The BACC consists of 14 arts groups, such as Beaux Arts, Visual Arts Brampton, The Rose Orchestra, Brampton Concert Band and Brampton Jazz Mechanics and others. They have been meeting since January 2018.

If you’re wondering what an ‘arts council’ is supposed to be, here’s the basic definition as provided by BACC.

Most arts councils do the following:

The presentation also compares arts funding in Brampton compared to other nearby cities. 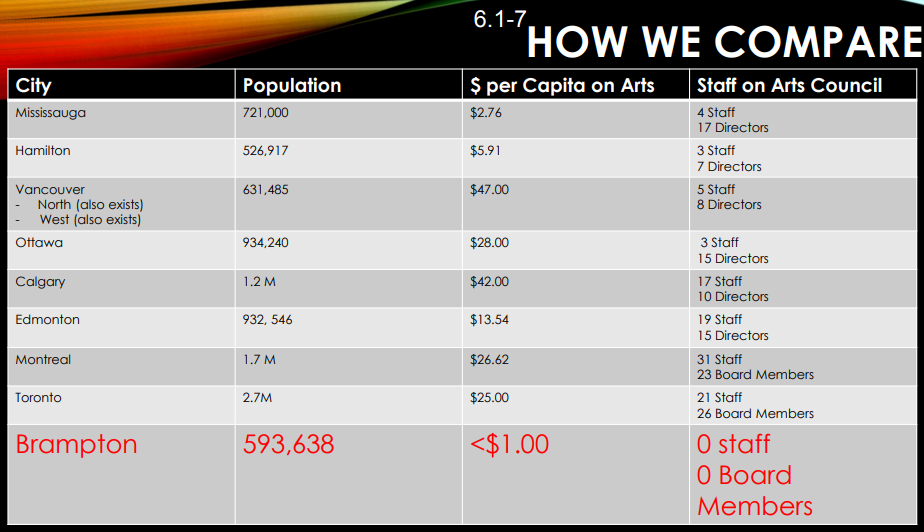 Hamilton, with around 526,000 people, spends $5.91 per capita on arts with a 3 staff, 7 director arts council. Other cities such as Vancouver, Ottawa, Edmonton, Calgary, Montreal and Toronto put in significantly more investment in arts.

The BACC’s proposed timeline is to appoint an interim team in the coming months, as well as setting up a task force, holding board elections with an arts council in place by November of this year. 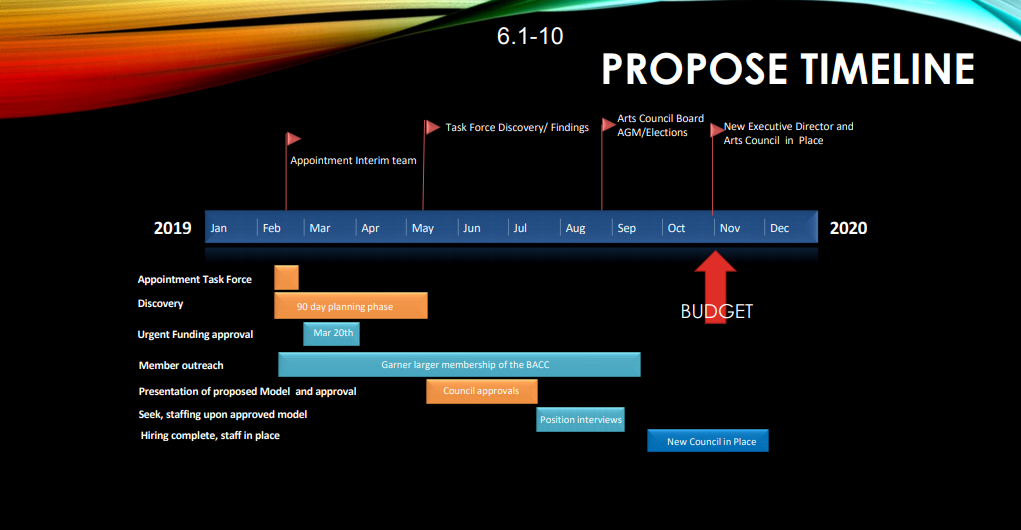 It’s rather stunning that there is not even some kind of organization that the city can funnel resources through to provide some support to artists, when looking at the comparison of funding other cities provide.

Some time ago, I spoke with a gentleman named Everton Dwight Campbell, who ran for city council last year but also said he had heavy involvement with artists in Brampton for a number of years. Some of his ideas, which probably were repeated by many others, were that the city should host a free concert at city hall, or have a larger venue than the Rose Theatre for bigger concerts that would draw more attention. The Rose was good for local concerts, but it’s not big enough to host Metallica or Alessia Cara.

It would be incredible if Alessia Cara would do a concert in her hometown of Brampton, but does the city need some kind of arts council to facilitate something like that?

What do you think about the idea of bringing an arts council to Brampton?