As the leader of the Ontario PC Party, current Brampton mayor Patrick Brown was used to criss-crossing Ontario meeting with every type of person imaginable, outlining what he would do if he was running Canada’s largest province.

But with the way things now stand, circumstances have changed and (in his current role) Brown doesn’t really need to do such heavy travelling.

But of course, not every sitting mayor of a major Canadian city has a new book that just got released. 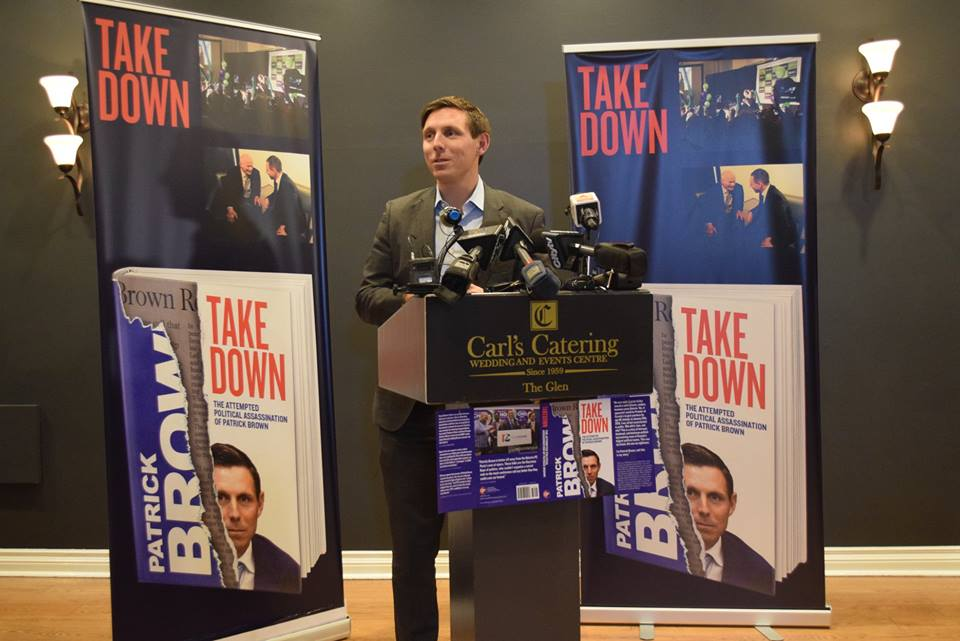 In Take Down: The Attempted Political Assassination of Patrick Brown, Brown chronicles his journey to the Ontario PC leadership, how he attempts to pivot the party back to a mainstream political centre, and reactions from those whom he believed were closest to him (be they staff or fellow MPPs in the Tory caucus) on those allegations.

The events that transpired have been nothing short of something out of a brainstorming session for Game of Thrones, and now Ontarians from Brampton and beyond have had, or can get the chance, to meet Patrick Brown himself and talk about it.

According to Brown’s publisher, Optimum Publishing International (who also stood by him when Doug Ford started attacking the book as filled with nothing but lies and smears) has announced that the Brampton mayor will be going on tour, which started on December 15 in Ottawa.

Brown’s other scheduled tour dates are as follows:

(This is Brown’s only scheduled appearance in Scarborough)

Personalized copies of the book will be available for 30 per cent off.

(This is Brown’s only scheduled appearance in Brampton before Christmas)

Greg Durocher, the Cambridge Chamber of Commerce President & CEO, will have an engaging discussion with Brown. Breakfast will be provided and copies of the book will be on sale and signed by the author.

Will you be going to one of these events to ask Mayor Brown about his book?