We’ve seen countless surveillance camera footage of convenience stores or other places of a similar nature robbed at gunpoint.

And although the common advice has always been to not get into a physical altercation with the culprit yourselves, lest you risk physical injury (or worse), it’s not far fetched to say that things would be much better if you can deter those people from coming up and robbing the store in the first place.

According to police, Clear Zone is designed to strip away the offenders’ anonymity through strategic placement. It is accomplished by identifying a prominent window that strategically overlooks the cash handling area and ensures that promotional materials do not obstruct the view into and out of the store. 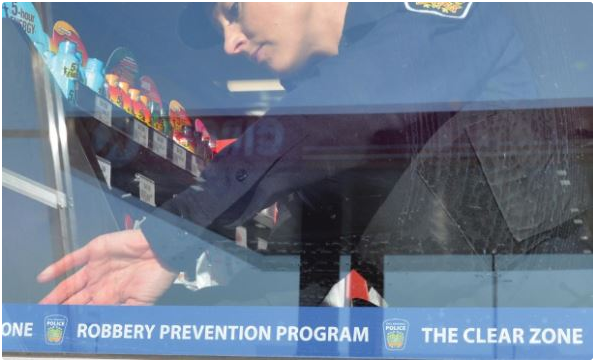 We’ve all seen numerous convenience stores that have their front windows filled to the brim with posters and other advertisements. Through Clear Zone, the visual obstruction is prevented so store owners can get a better glance of who is approaching their businesses before anything happens.

Removing signs from the window eliminates the cover it provides for an offender. The Clear Zone decals generate conversations between staff and customers, as well as drawing potential witness by getting people both inside and outside of the store paying attention.

Businesses participating in the program will also get a designated label placed on their store windows indicating they are taking part in the Robbery Prevention Program. 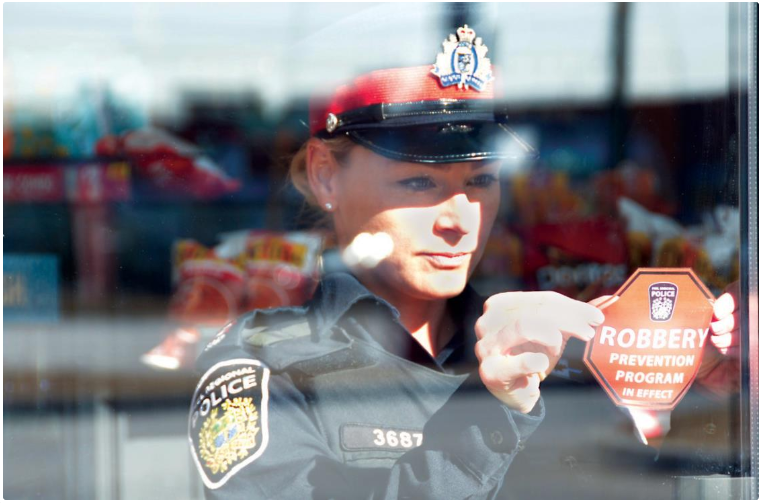 At least one prominent convenience store chain has taken up on the police’s offer.

Circle K, formerly known as Mac’s, implemented the Clear Zone program into all 14 of their locations in Peel from November 2013 to January 2014. Prior to Clear Zone, Circle K had 17 robbery incidents dating back to 2010.

After Clear Zone, Circle K has had 14 robbery incidents…an 18 per cent. In January 2015, they implemented Clear Zone into four “high risk” store locations in Thunder Bay, Ottawa and Toronto as a pilot program. Since then, according to recent data, the overall crime incidents have dropped down 92 per cent.

Sometimes when it comes to crime prevention, it’s just doing the simple things that work.