We’re hearing all the time that Brampton is trying to grow its commercial tax base as the city struggles to get out of this perception that it is a bedroom community where 60 per cent of residents leave to go to work elsewhere, coming back to Brampton only to sleep.

As such, the challenge for a city like Brampton in shedding that image as a bedroom community of Toronto continues. We also hear how Brampton is in need for a strong commercial tax base, particularly in small businesses, to keep the economy going.

Our respective governments profess to be on the side of business, no matter what policies they implement as part of their agenda. On Monday November 12, the Brampton Board of Trade hosted an event with federal Small Business and Export Promotion Minister, Mary Ng, at the Brampton Golf Club to discuss policies surrounding small business innovation.

Our government is determined to support Canadian small businesses in their growth and trade diversification efforts. This morning Minister @mary_ng was in #Brampton to discuss exactly that with members of @BramptonBOT and Brampton Small Business owners pic.twitter.com/jmB88Kkvj0

The Minister also sat down with some local Brampton small business owners to discuss what if anything the government can do to give them additional support. 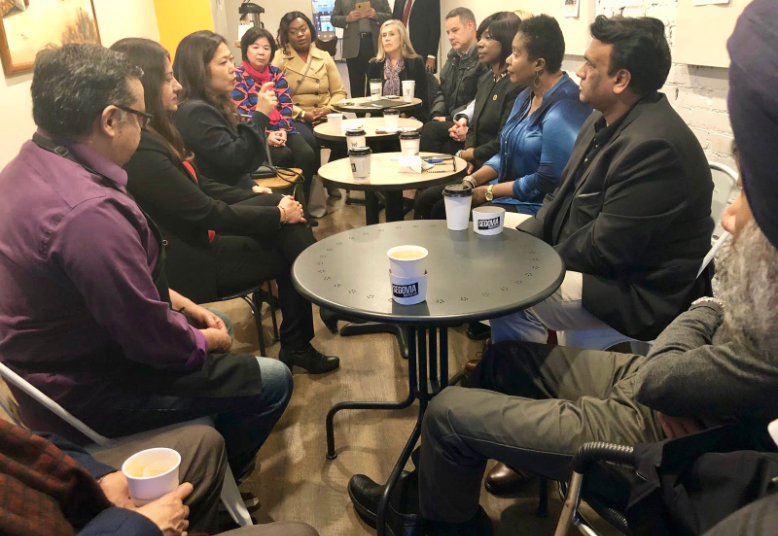 As for what specifically Brampton businesspeople are looking for from the federal government, Brampton North MP Ruby Sahota tweeted this out:

In regards to the two specific points about decreasing the small business tax to 9 per cent by next year, Sahota had this to say in an email to inbrampton.com.

But according to this article from Investment Executive magazine, Ottawa proposed limiting access to the lower small-business rate for corporations instead of taxing passive income above $50,000 at potentially punitive tax rates, as the government had proposed in 2017.

After the 2018 tax year, the small-business deduction limit will be reduced by $5 for every $1 of investment income above the $50,000 threshold, which is equivalent to $1 million in passive investment assets at a 5 per cent return.

The small-business deduction limit will be reduced to zero at $150,000 of investment income, which is equivalent to $3 million in passive investment assets at a 5 per cent return. The government also proposed in the 2018 budget that private corporations no longer be able to obtain refunds of taxes paid on investment income while distributing dividends from income taxed at the general corporate rate. Refunds will continue to be available when investment income is paid out.

Whatever the case may be, small businesses in Brampton could use all the help they can to get ahead, but hopefully any outside help is not detrimental to the point where they cannot continue doing business.