We live in a time when information is literally at our fingertips with just the push of a button or the click of a mouse. Big data is now a big thing when it comes to the emerging new economy and how we develop as a society.

In case you weren’t aware, the City of Brampton has an open data portal they dubbed ‘The Brampton GeoHub‘, which allows Brampton city staff and the public to explore and download information about Canada’s ninth largest city. 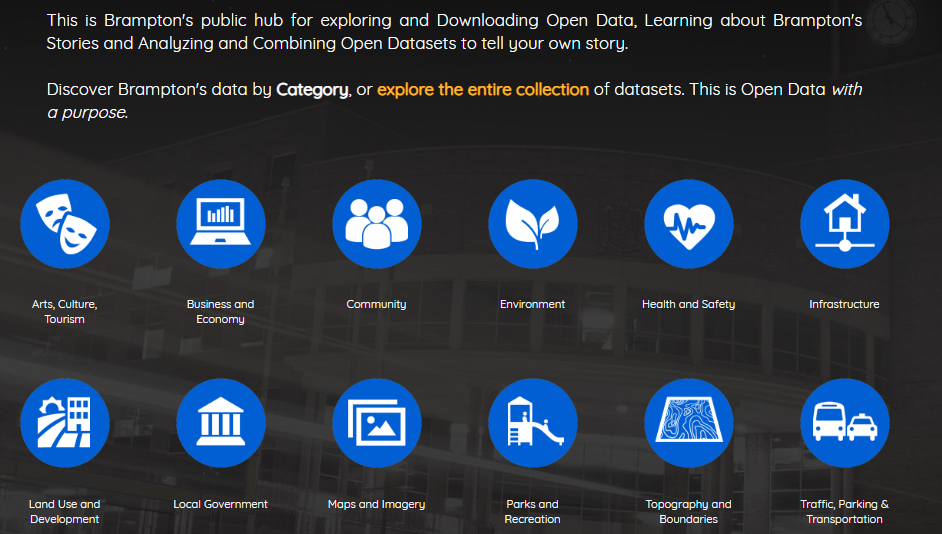 If you click on the link in the preceding paragraph, you will be directed to the ‘city dashboard’ where a plethora of information can be found about Brampton. Some of that information concerns the state of the local economy.

In this measurement, the provincial government is anticipating some 900,000 jobs in Peel Region by 2041. Employment comprises jobs counted by place of work; the results are not adjusted for undercount or factors such as “work from home” or “no fixed place of work”. This information is based on Statistics Canada data and well as information provided by the Peel Data Centre.

That number is projected to increase based on the following increments:

One concern Brampton residents have is that the city is dominated by people who live here rather than work here. One way to measure that is calculating the jobs to population ratio, which highlights how the level of employment changes over time in relation to population changes. 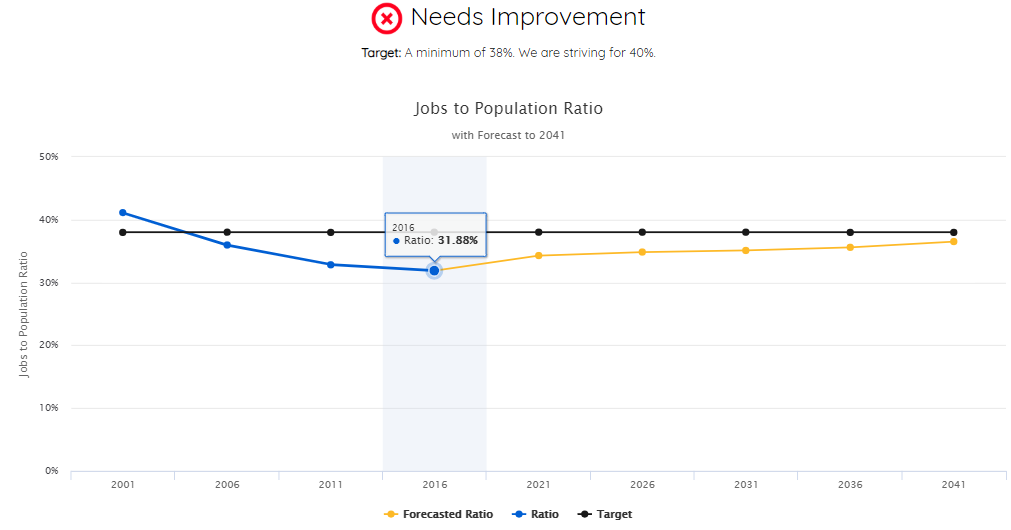 The current forecasted ratio for the city’s job to population is 31.88 per cent, but the target for the city is 38 per cent, a regional allocation set by the province, determined jointly between Brampton and the Region of Peel.

With a lot of talk about reexamining land in Brampton to allow more commercial development rather than primarily residential, it’s interesting to see how the numbers reflect those conclusions.

What do you think about the prospect of that many jobs coming to Brampton over the next few decades?