House of the Week: The place you will never want to leave

“Came as a shock”: Driver stopped for going over double the speed limit in Brampton

This year, a noticeable uptick in violent crime across the GTA–and in Brampton and Mississauga–made headlines.

While the Region of Peel remains one of the safest regions to live (according to a recent Maclean’s magazine crime breakdown, Peel sits at 170 on its Canada’s Most Dangerous list of 229 regions and cities, indicating it’s safer than numerous regions and cities in Saskatchewan, Manitoba, Alberta and British Columbia), the uptick in violent crime and homicides in the GTA prompted leaders at all levels of government to act.

In October, Mississauga Mayor Bonnie Crombie and Peel Regional Police Chief Jennifer Evans (who will be officially retiring from her position in January 2019) met with over 90 members of the community, including elected officials from all levels of government, police and community organizations, to host Mississauga’s first-ever Community Safety Summit.

Before that, police announced that over 100 bullets had been fired in 2018 in the Region of Peel.

This year, a troubling 26 homicides were recorded in Brampton and Mississauga.

In 2017, 16 people were murdered–which means Peel had almost twice as many murders this year compared to last.

While 26 murders is a lot, it’s not unprecedented. In 2008, 27 homicides were recorded in the region (it’s also important to note that two of the 2018 homicides likely occurred in 2017, but were recorded as 2018 murders because they were initially missing persons investigations).

Here’s a look at everyone who lost their lives to violence in 2018:

On Dec. 21, officers found the body of an unresponsive 83-year-old woman at a residence in the Cawthra Road and Silver Creek Boulevard area in Mississauga. The woman’s name has not yet been released at the request of the family and because there is an SIU investigation ongoing in relation to it. 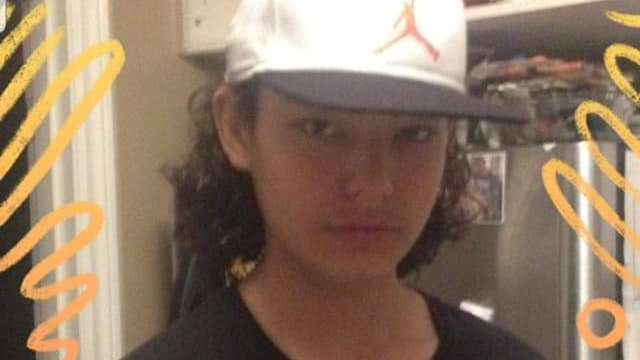 On Dec. 7, the lifeless body of 14-year-old Riley Driver-Martin was located around 8:00 a.m. at a park in the Lewisham Drive and Truscott Drive area. That same day, 20-year-old Mississauga man Nicholas Mahabir was arrested and charged with second degree murder. On Saturday, Dec. 8, 2018, an arrest warrant for second degree murder was issued for Mark Mahabir, a 20 year-old man from Mississauga and the brother of the other suspect (the brothers are part of a set of triplets). He later turned himself into police. 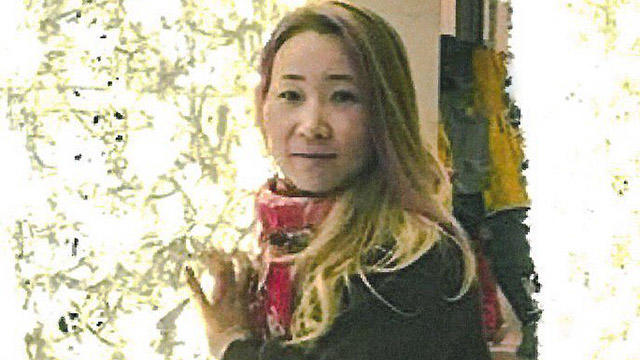 On Tuesday, Sept. 25, 2018, officers responded to reports of found human remains in a bush area adjacent to a utility box located on the southeast corner of Glen Erin Drive and Dunwin Drive. The human remains were later identified to be those of 42-year-old Xiuyan Chen. Police say Chen was reported missing on July 28, 2018. 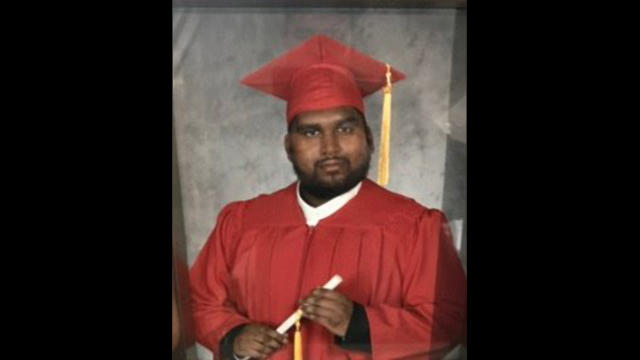 On Tuesday, Nov. 13, 2018 at approximately 12:55 a.m., Ontario Provincial Police (OPP) officers responded to reports of a single vehicle crash on the northbound Highway 410 near Courtney Park Drive. Police discovered that the occupant of the vehicle, 23-year-old Jason Ramkishun, had been shot. He later died at Sunnybrook Hospital. 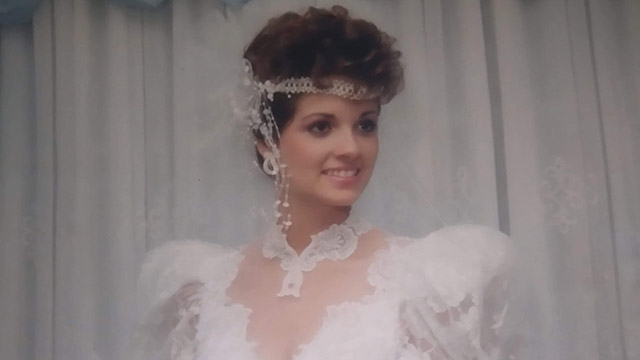 In the early morning hours of Thursday, Nov. 2, 2018, officers responded to reports of a deceased male, 56-year-old Ross Ingberg, at a business located at 3446 Mavis Road in Mississauga. Further investigation led officers to a residence on Cedarglen Gate, where police located the body of 47-year-old Linda Santos. Santos’ family told insauga.com that Ingberg strangled Santos after she announced she was leaving him. Ingberg committed suicide that same day. Police ruled Santos’ death a homicide. 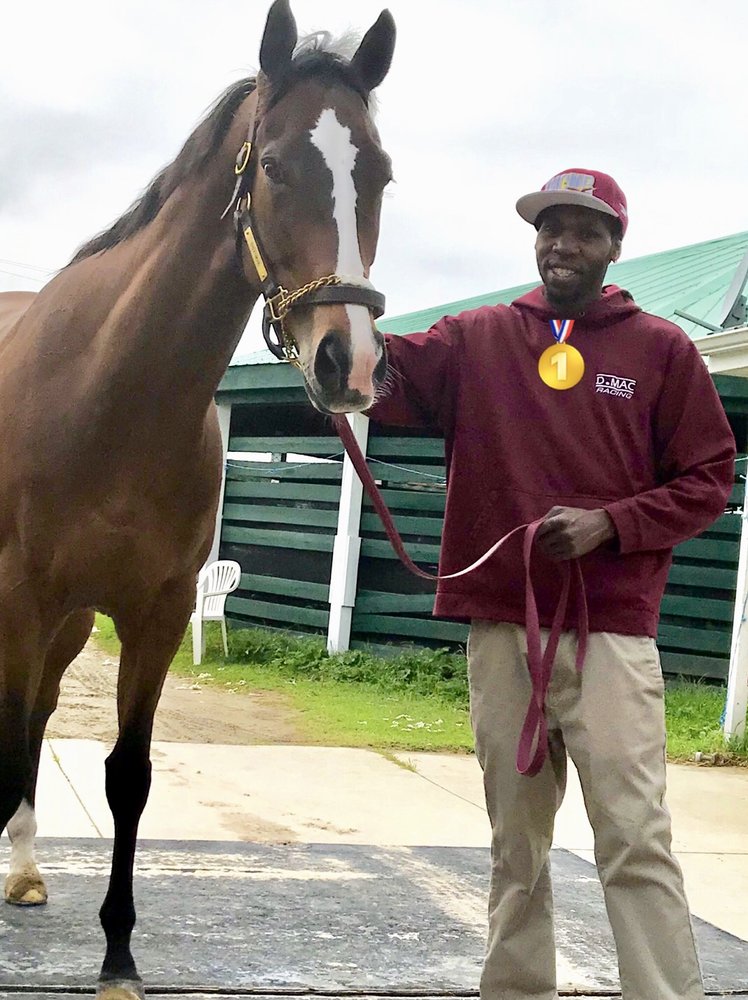 On Tuesday, Oct. 2, 2018 at approximately 5:47 p.m., officers responded to reports of shots being fired at a townhouse complex located at 7475 Goreway Drive in the City of Mississauga. Shortly after, 30-year-old Dorren Campbell arrived at Etobicoke General Hospital suffering from an apparent gunshot wound. He later succumbed to his injuries. 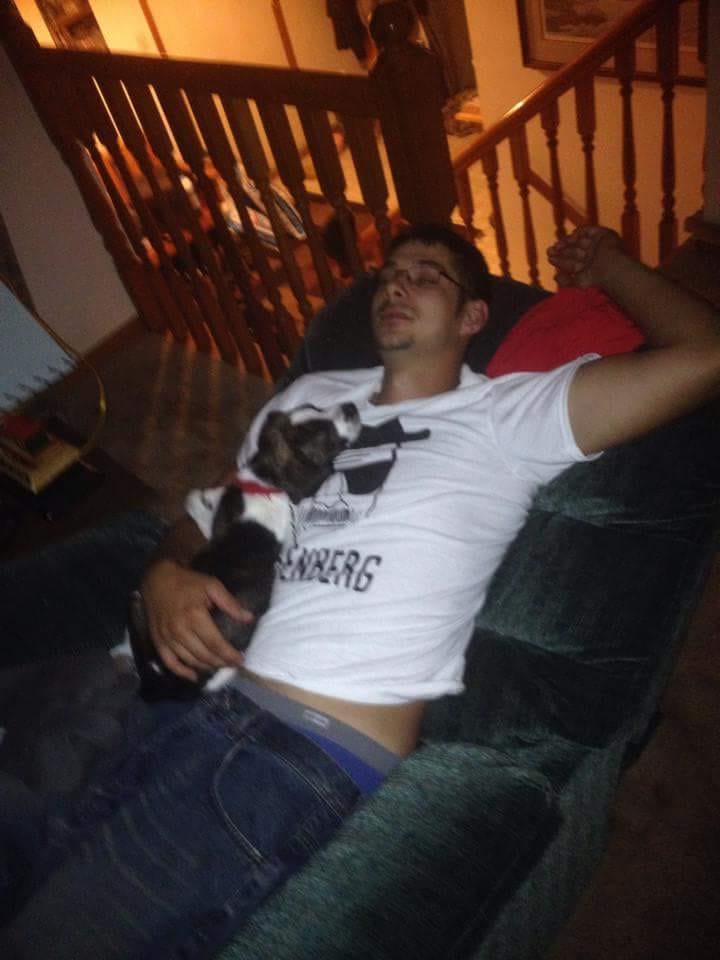 Two shootings took place early Sunday, Sept. 2, claiming the lives of two male victims and seriously injuring one female victim. The victims are identified as 27-year-old Clifford Correia from Brampton and 33-year-old Derrick McKeown from the Georgetown area. Police said they believed both incidents were targeted and appeared to be related to each other. 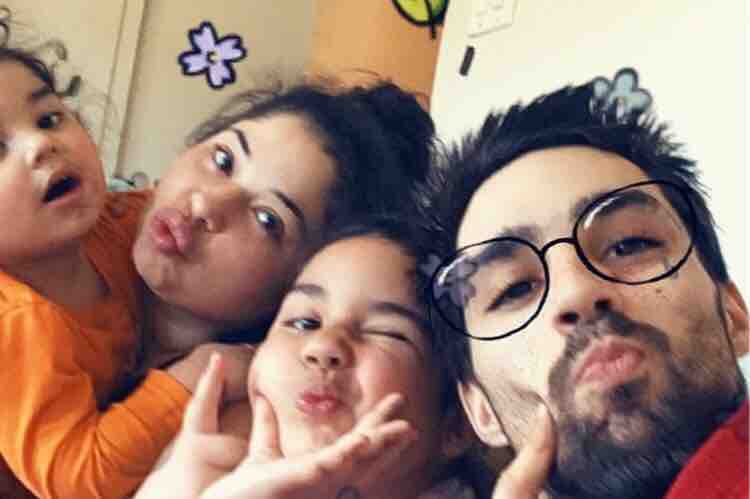 Clifford Correia, 27, was killed in a shooting that took place over the Labour Day weekend in Brampton. On Monday, Sept. 3, police arrested Patrick Doyle, 27, in connection with the deaths of both McKeown and Correia.

On Friday, August 10, 2018 at approximately 8:00 pm, police responded to an altercation in the area of Hillcrest Avenue and Hurontario Street in Mississauga. The victim, 24-year-old Travan Langaigne, later succumbed to his injuries.  On Saturday August 11, 2018 police formally charged Wladyslaw Habas with second degree murder.

On Monday July 16, 2018, at 6:11 p.m., officers responded to a reports of a shooting at a residence on Donwoods Court in Brampton. The victim has been identified at 27-year-old Palwinder Singh of Brampton. Four males were subsequently arrested in connection with the murder. 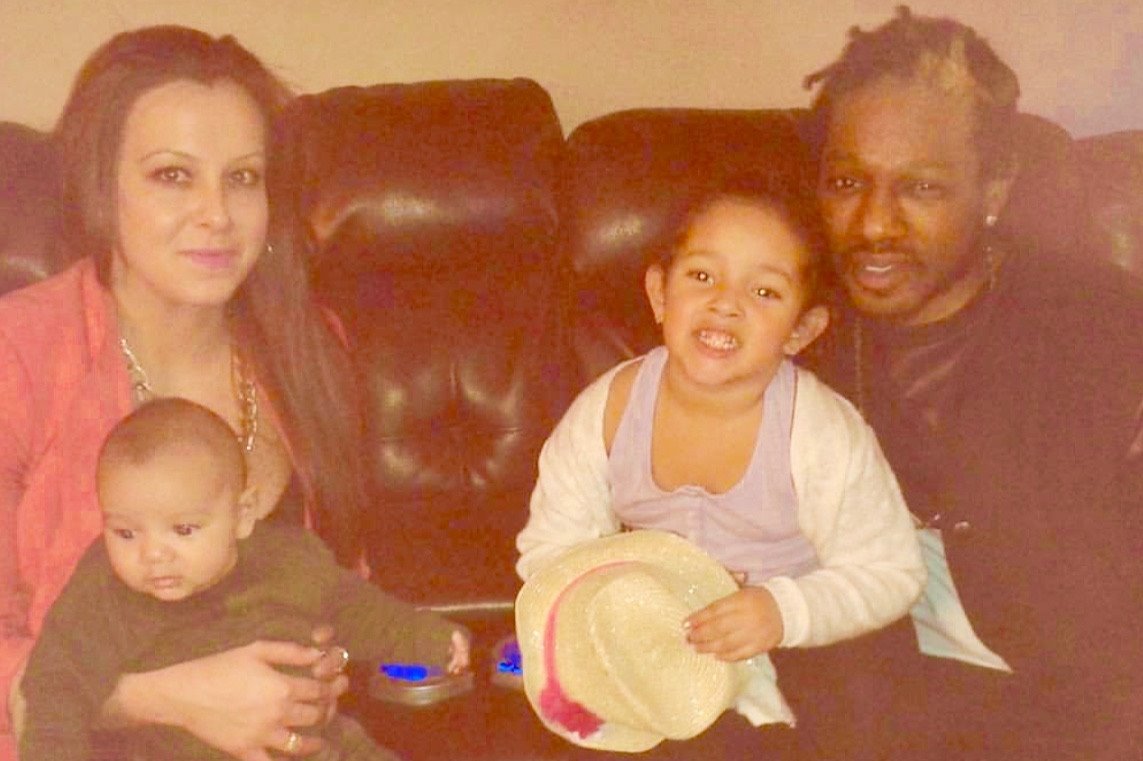 On Thursday, July 12 at 11:06 p.m., officers responded to reports of a shooting at the Slumdog Bar & Grill plaza (located 15 Brisdale Drive). When officers arrived, they located a victim with no vital signs. The victim, who was pronounced dead at the scene, was identified as 34-year-old Brampton man Kareem Watson.

On Sunday, June 24, 2018 at approximately 7:00 p.m., police and firefighters found a body inside a burning vehicle in the Lakeshore Rd. and Dixie Rd. area in Mississauga. That same day, investigators arrested and charged 27-year-old Ainar Gancthev in connection with the death of his father, 71-year-old Yura Gancthev. 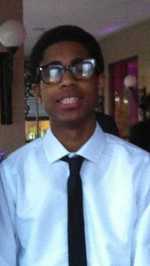 On Thursday, June 21 at 4:43 a.m. officers responded to reports of a shooting at a residence on Martree Crescent, a residential street located in the Hwy. 410 and Bovaird Dr. E area. The victim was identified as 21-year-old Brampton man Brandon Hall. Two males were charged with first degree murder in connection with his death.

Police say that on Tuesday, June 12, 73-year-old Amarjit Bhatnagar was walking through Aloma Park in Brampton when he and a family member were approached by two males. Police say the males robbed them of some personal possessions and fled the area. Bhatnagar was injured in the incident and taken to a local hospital. He succumbed to his injuries on Thursday, June 14. Police charged a 15 year old Brampton male with manslaughter and robbery in connection with the incident.

On May 26, officers responded to a shooting at a residence on Linderwood Drive, near Chinguacousy at Bovaird. Upon arrival, officers located the victim with no vital signs in the driveway. Despite lifesaving efforts, the victim succumbed to his injuries and was pronounced dead at the scene.The victim was identified as Nasser Abdoulkader, a 26-year-old Brampton resident. 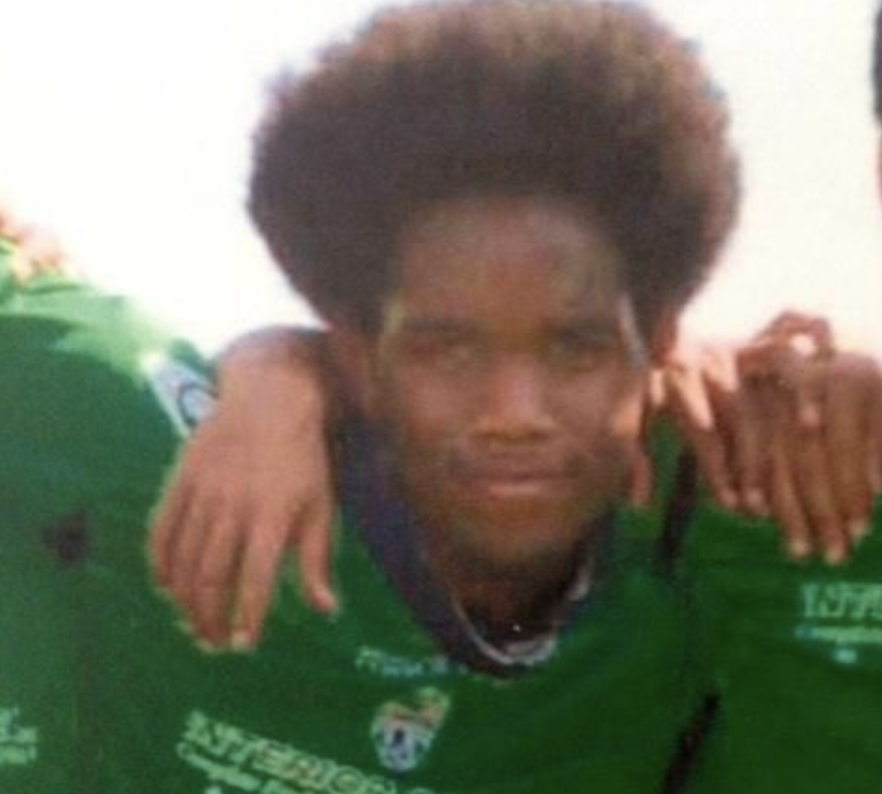 On Saturday, May 26, a 19-year-old Mississauga man was found with obvious signs of trauma at a residence in the Tradewind Drive and Winston Churchill Boulevard area. The victim, Daniel Smith, was rushed to a local hospital where he succumbed to his injuries. 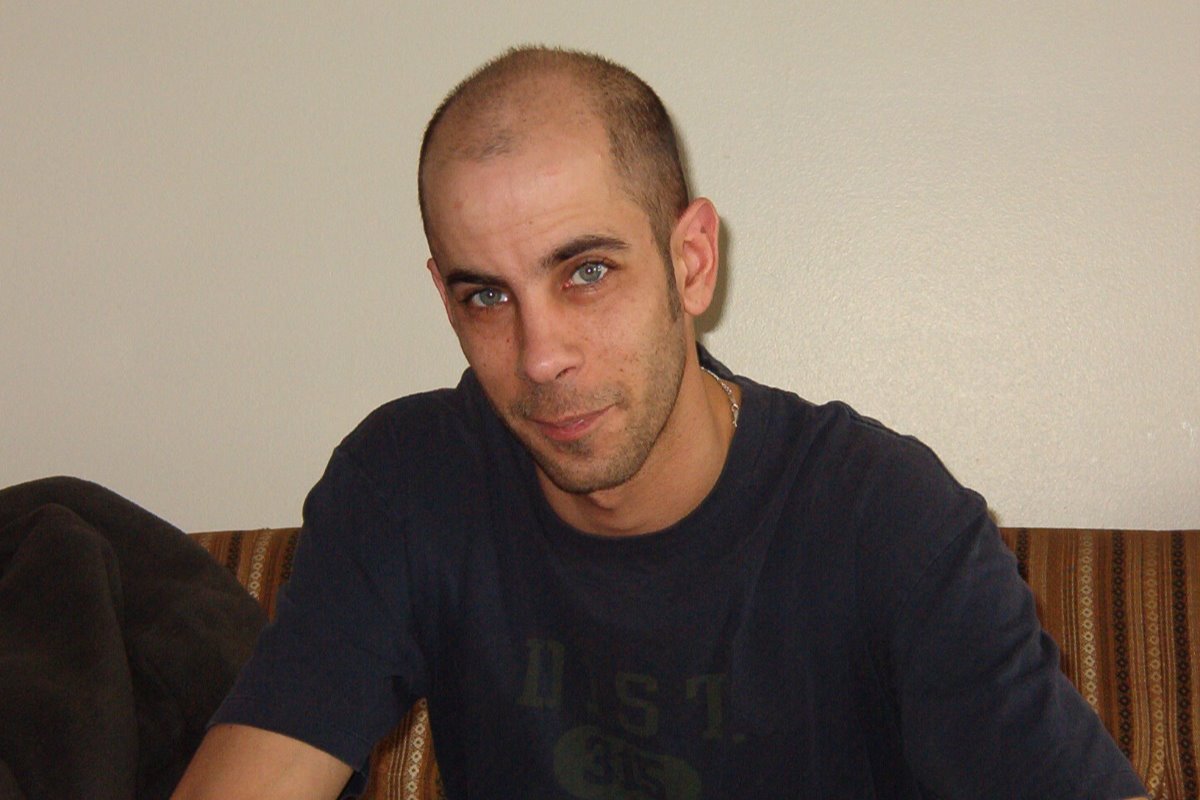 On Sunday, April 8, officers responded to a call for medical assistance at a residence at Middleton Way and MacKay Street North in Brampton. Upon arriving at the scene, police located a male victim suffering from obvious signs of trauma. Brampton man Valentino Pauletto, 46, later succumbed to his injuries. Investigators arrested John Albert Lopez, 36, of no fixed address. He was charged with accessory after the fact to murder. 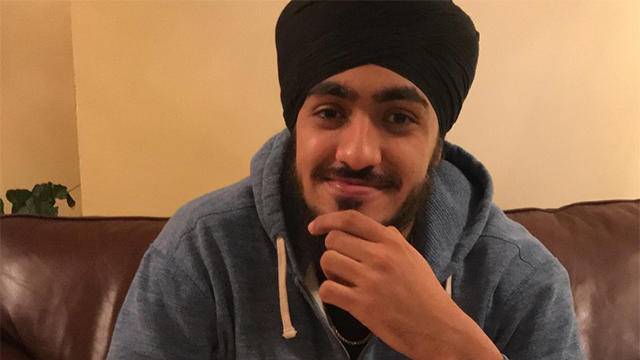 On Monday, March 19 at approximately 5:50 p.m., officers responded to reports of an assault taking place in the area of Sandalwood Parkway East and Cedarcliff Trail in Brampton. Police said there were reports of “two males assaulting another male using sticks.” Brampton man Paviter Singh Bassi, 21, was pronounced deceased in hospital after the attack. 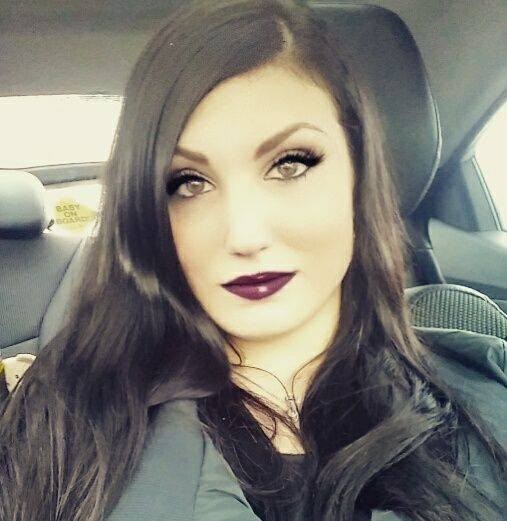 On Monday, Feb. 19 at approximately 2:40 p.m., officers responded to reports of gunshots in the Vodden Court and Vodden Street area. Police say that 37-year-old Brampton man Oliver Augustas Willis was pronounced dead at the scene.

On Saturday, January 27, 2018, at around 7:30 p.m., police arrived on scene at a residence in the area of Kennedy Road and Rutherford Road in Brampton. Upon arrival, officers located a deceased woman with obvious signs of physical trauma in the residence’s basement apartment. The victim has been identified as Hoden Said, a 30-year-old Brampton woman. 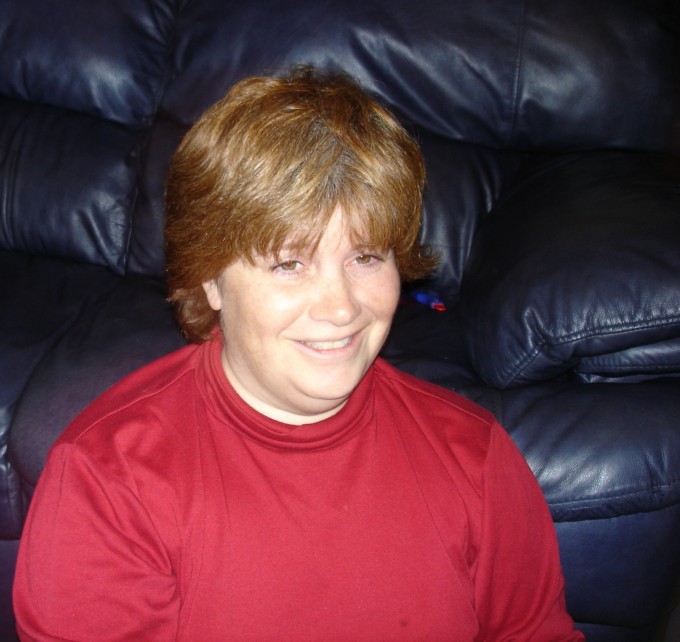 On Jan. 13, police were called to the scene of a domestic disturbance on Marmac Cres., near Winston Churchill Boulevard and The Collegeway. The SIU says that when the man answered the door, he was holding a knife and his left hand was bleeding. The man, who was tasered, was arrested then transported to hospital where he was diagnosed with a serious injury. Bob (Robert) Bellevue was subsequently charged with first-degree murder in the death of his wife, Elaine Bellevue, 61. He’s also facing an attempted murder charge for allegedly trying to kill one of his teenage daughters. 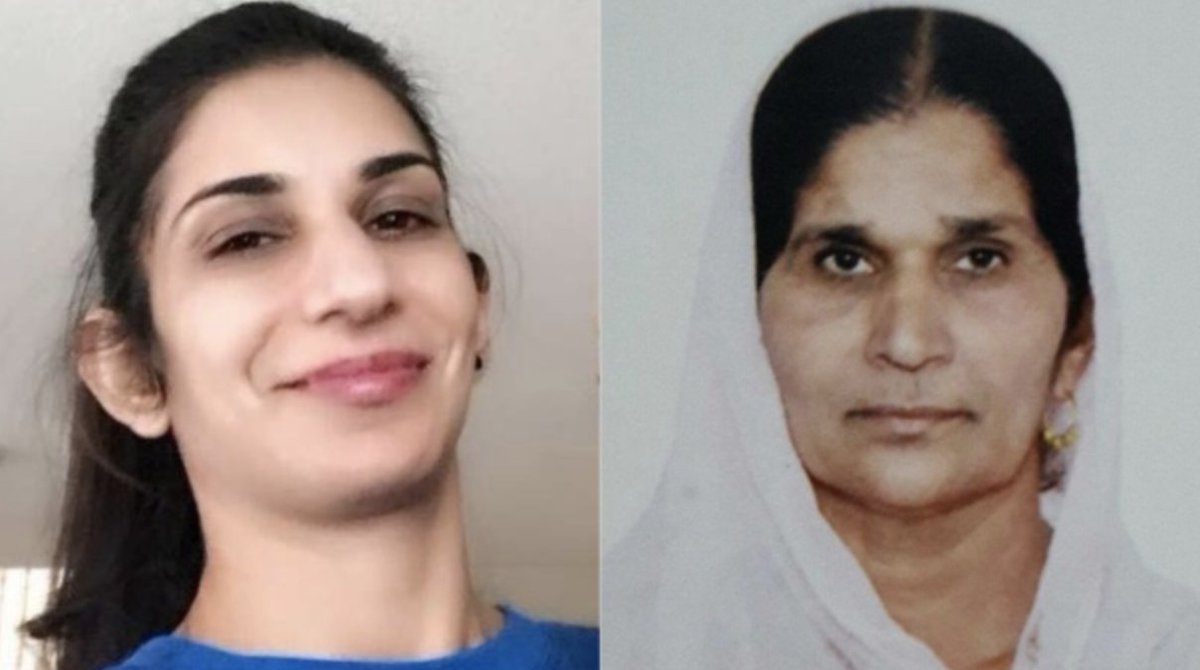 Two victims were killed in a stabbing that took place at a Brampton home on Jan. 12. The victims were identified as Avtar Kaur, 60, and Baljit Thandi, 32. The women, who were mother and daughter, sustained fatal stab wounds and were found dead at the scene. Police arrested Thandi’s husband, 29 year old Dalwinder Singh. He was charged with two counts of second degree murder.

Avtar Kaur, 60, and Baljit Thandi, 32, were killed in a stabbing incident that took place at a Brampton home in the Brampton in early 2018. The women, who were mother and daughter, sustained fatal stab wounds and were found dead at the scene. Police arrested Thandi’s husband, 29 year old Dalwinder Singh, in connection with the slayings.

This incident marked Peel Region’s first and second homicides of the year. 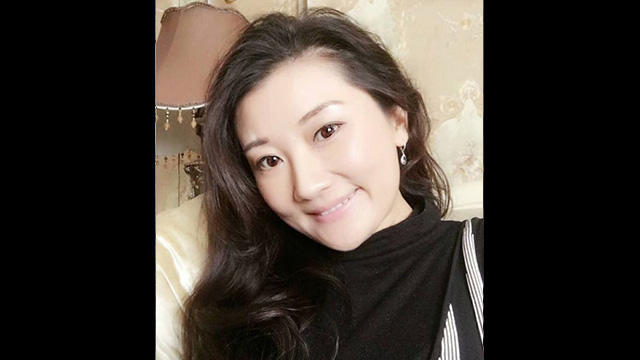 In 2018, an arrest was made in connection with the disappearance of Yunying Pan, 40. In January, police said that Pan was last seen on December 5, 2017. Her vehicle was also reported missing. On Friday, Jan. 26, police arrested Mississauga man Shaofeng Han, 50. He was charged with second degree murder in connection with Pan’s death. 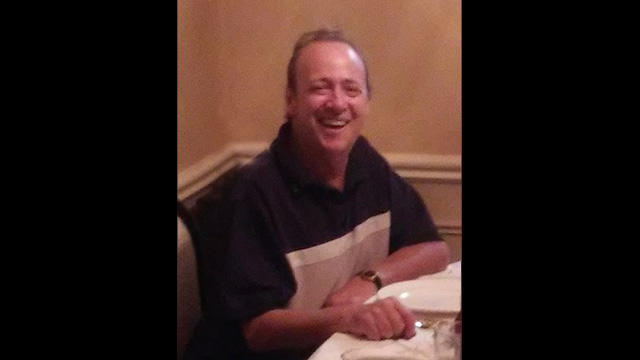 In 2018, two men were been arrested in connection with the death of a Mississauga man who went missing in 2017. David Fiedler, 54, was reported missing after disappearing in early December. Police said the circumstances surrounding Fiedler’s disappearance were deemed concerning, prompting investigators from the Homicide and Missing Persons Bureau to take over the investigation.