Emergency crews on scene of residential fire in Brampton

Check Out Some of These Developments Coming to Brampton

When we talk about developments in Brampton, they usually concern residential applications more than commercial which is what concerns most people.

But a city like Brampton needs to have more commercial properties for businesses especially since the city needs to balance out the property tax base. Now it seems during the recent planning committee meeting, there are signs that more commercial development is on its way.

During the November 19 meeting, a series of development applications for various commercial uses sailed through without the need for a presentation or questions or comments from the public.

This is only the initial stage of the planning process. None of these applications have been approved, but let’s take a look at what is potentially coming to Brampton.

This application from Glen Schnarr and Associates is requesting permission to build a day-care facility consisting of 3 storeys, 57 parking spaces and an outdoor play area. In order to do that, an amendment to the zoning by-law is being requested to change the land use from agricultural to commercial service.

756 and 766 Wanless Drive is a quiet residential area of the city, near Brampton’s northern border with Caledon. The major streets on either side are Chinguacousy, McLaughlin and Mayfield.

Based on the urban design brief, when completed the day care should look like this: 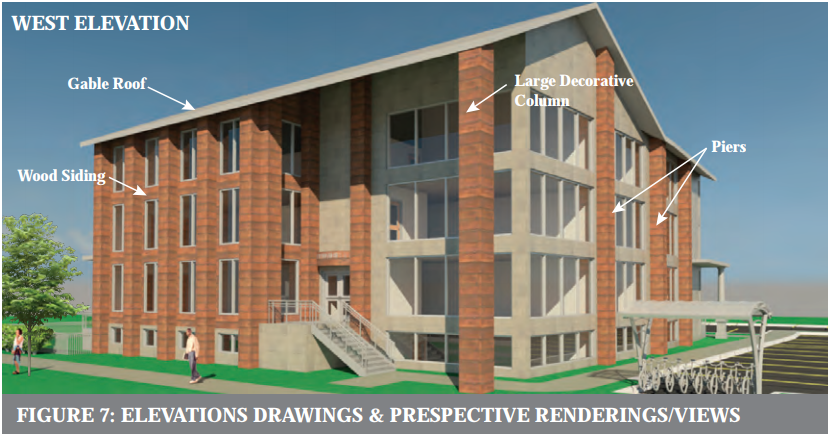 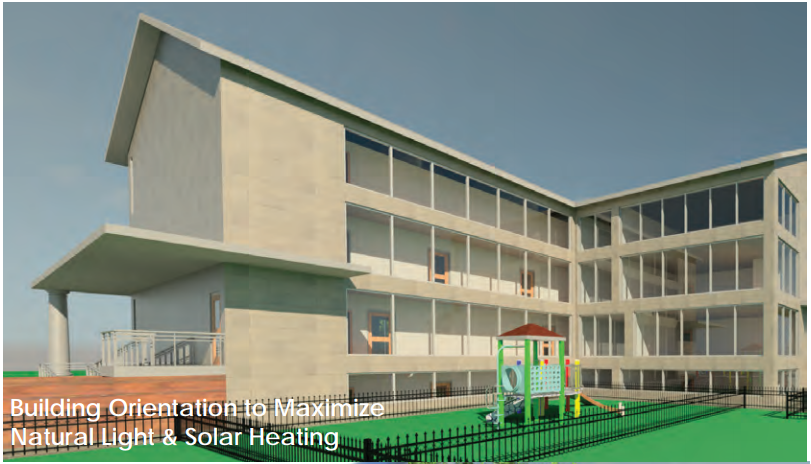 Councillor Michael Palleschi did question staff about the future of Wanless Drive, but staff mentioned that wasn’t part of the meeting so that topic will have to be discussed at a later date. There was no public comments regarding a daycare, and since it’s in a residential area it’s a complementary use.

This is another commercial development application from Glen Schnarr requesting an addition to the existing industrial site to permit a multi-use commercial building and mini storage facility at the northwest corner of Bovaird Drive West and Ironside Drive.

Below is a schematic of the existing site with the additional development proposal added: 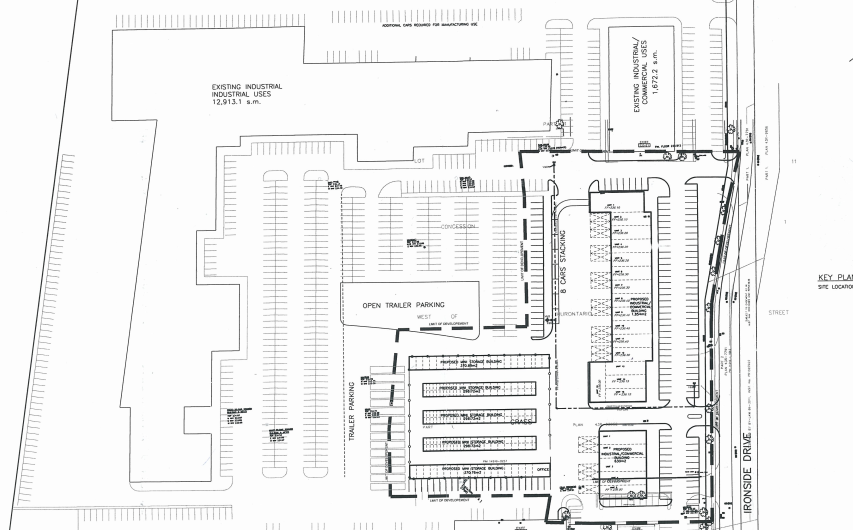 An amendment to the zoning by-law is requested to allow purposes beyond industrial to include a dining room, take out or convenience restaurant, banquet hall, medical office, community club, retail warehouse, a place of worship and various other functions.

Below is a picture of the site plan from the urban design brief: 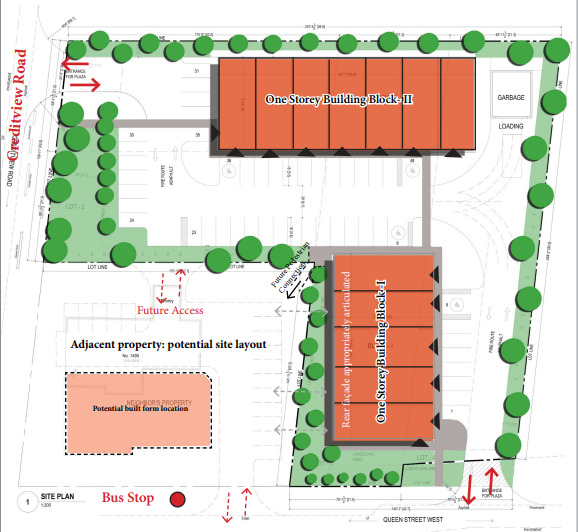 According to the applicant’s own traffic impact study, “the limited volume of additional traffic could be accommodated with adjustments to the existing signal timings, as demonstrated in the analysis reports. A left turn lane is recommended as a mitigation measure in the northbound and southbound directions at the adjacent signalized intersection. This would significantly improve the traffic operations and allow more capacity in the future.”

There was one woman who said they were the last residents of the original hamlet of Springbrook, who have lived there for over 50 years, and how the site has been under constant construction nearby thereby damaging property value and enjoyment.

This is a development application asking permission to build two hotels, a banquet hall and office/retail use.

Below is the site plan: 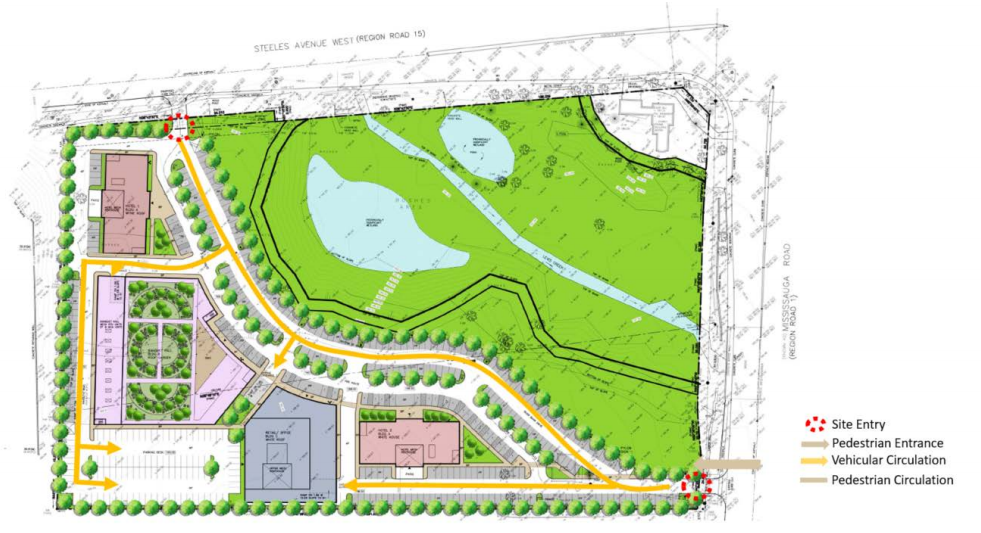 And here’s a rendering of the structures according to the urban design brief:

This is the site plan: 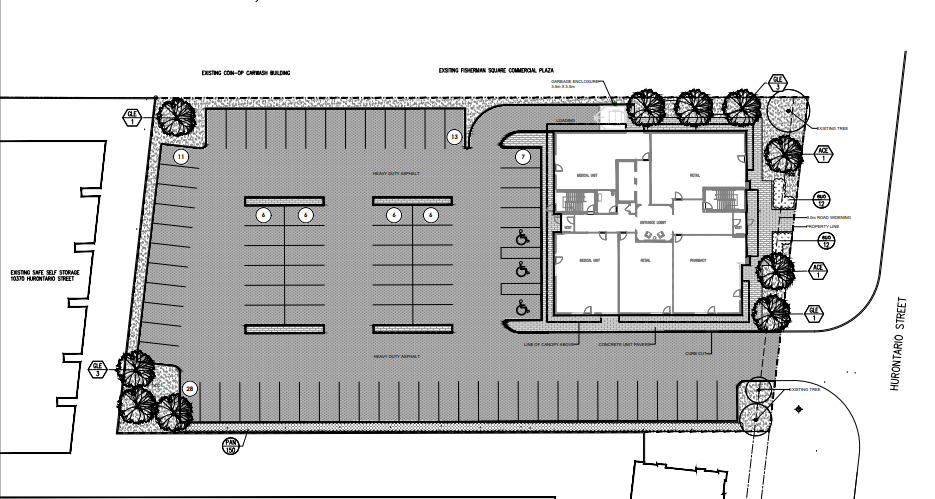 And below is the rendering of the proposed building: 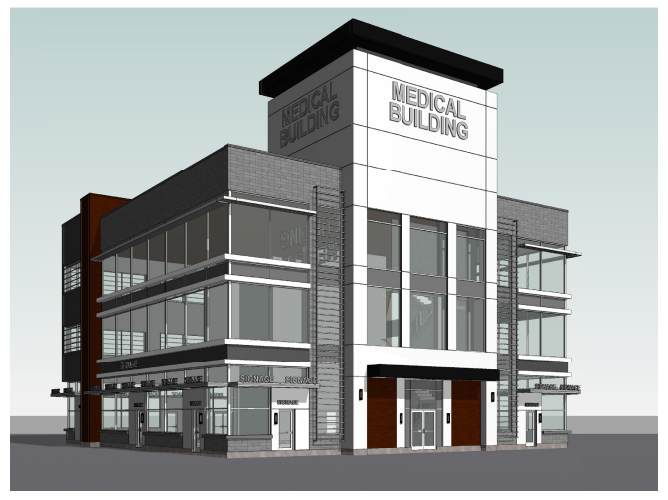 The bulk of these developments are in Brampton Wards 2 and 6, which is in the northwest quadrant of the city. Much of the land in those areas are former hamlets and villages which over decades has had changes in the surrounding area as more land was converted to residential and commercial uses.

Aside from the one resident in Springbrook, most of these commercial developments did not raise much of an issue with people attending the meeting. Perhaps that is just indicative of the changing times for Brampton ahead.