For a number of years, Brampton has maintained a number of sister city or friendship agreements with other municipalities around the world, but lately there has been some criticism of the whole concept of these agreements for Canada’s ninth largest city, namely whether they provide any tangible benefits in terms of economic development.

Now it seems a majority of Brampton city councillors agree with that assessment.

In a vote of 7 to 4, Brampton’s councillors decided during the April 11 council meeting to adopt the recommendations of this staff report, which suggest that sister city/friendship agreements be eliminated as part of an overall economic development strategy. 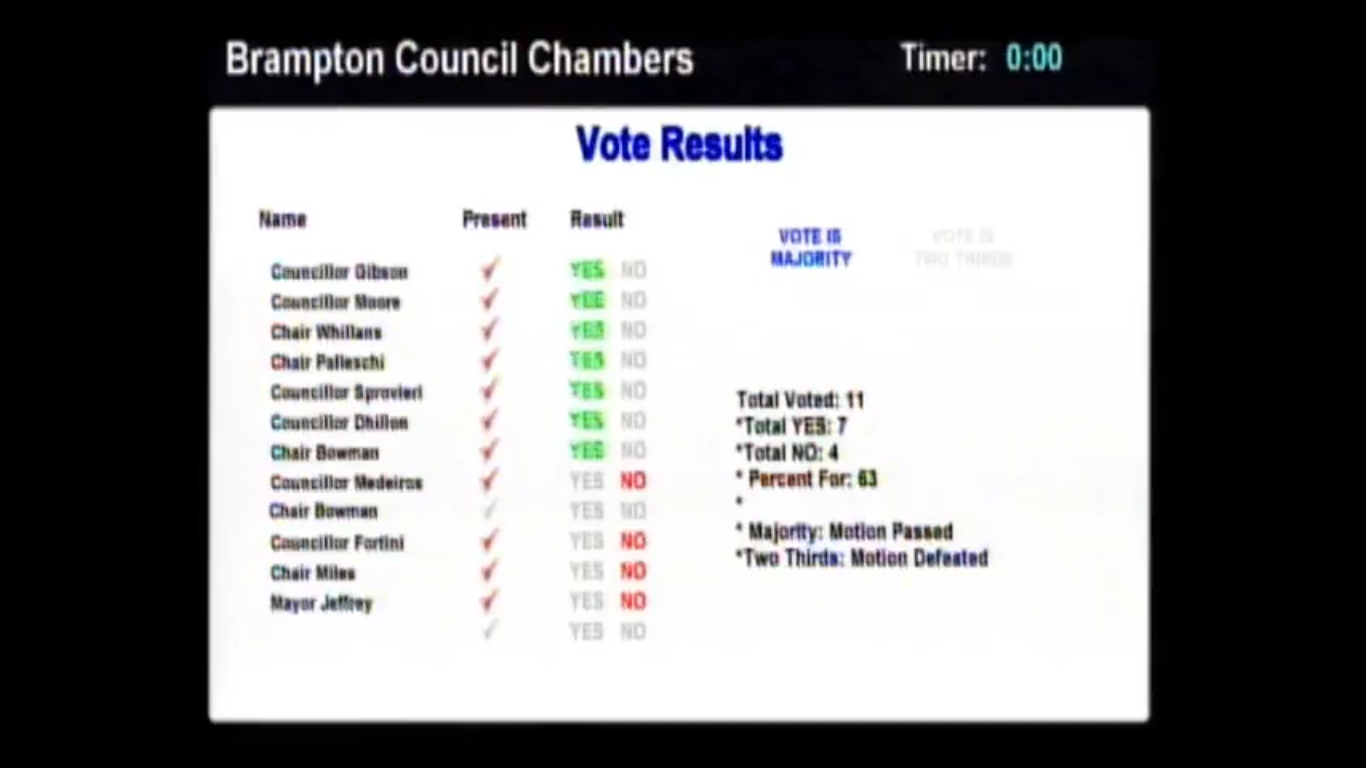 Mayor Linda Jeffrey, and councillors Martin Medeiros, Gael Miles and Pat Fortini were the four dissenters, meaning they wanted to continue with these agreements.

“We will continue to honour and review existing agreements, while assessing each request for engagement as received. While there are a variety of global prospects, the Economic Development Office will not pursue or commit to any alliances unless there are opportunities for job growth and the necessary resources are available,” the report states.

“Each alliance requires an associated budget, staff resources and an exchange of valuable information. Implementing the City’s Global Partnership Program will provide the necessary framework to ensure that all future relationships have economic impact and a return on investment,” continues the report.

Brampton currently has two sister city agreements with Miami Beach, Florida and Plano, Texas, but city staff indicated those agreements had been dormant for some time. The city also has friendship agreements with Brampton, England, Marikina City, Philippines, Gapyeong, South Korea, Xuzhou and Funhill, which are both in China.

City officials indicated they will continue to build on Foreign Direct Investments (FDIs) to meet the goal of attracting jobs to Canada’s ninth largest city, including collaborations with Toronto Global (such as the Amazon HQ2 bid), Life Sciences Ontario, Sheridan College, Ryerson University, the RIC Centre, and the Brampton Board of Trade for “measurable economic development relationships.”

There were a number of responses from councillors on staff’s recommendations.

Medeiros, for instance, said there may be an economic component but no institutionalized cultural relationship, which could be beneficial with a city having such a large population from countries like India. Medeiros asked why both economic and cultural policy had to be segregated when the city could be capitalizing both in order to build on economic development goals.

But there were other voices of council that saw it as a matter of using resources more effectively.

Councillor John Sprovieri raised the familiar narrative that his constituents are not happy with the way taxes have been used.

Councillor Elaine Moore said doing business in Brampton has to take priority, recalling that the last time a sister city agreement yielded economic benefits was with Plano 15 years ago when Coca Cola and Frito Lay moved their factories to Brampton, and Councillor Grant Gibson said that the only sister city agreement that made sense was the one with Brampton in England.

You might be wondering what exactly being a sister city entails.

According to Sister Cities International, a sister city relationship is a broad-based, long-term partnership between two communities in two countries. It is officially recognized after the highest elected or appointed officials from both communities sign off on an agreement. A city may have any number of sister cities, with community involvement ranging from a half dozen to hundreds of volunteers.

Sister city relationships are often mutually beneficial and address issues that are most relevant for partners, but lately you have to wonder if these agreements are fulfilling that mandate. In a previous story on sister cities, I outlined how the relationships established by Brampton with Miami Beach might have just been the site of former Mayor Susan Fennell’s vacation spot, not to mention condo, down south.

Current Mayor Jeffrey actually got into a slight kerfuffle when she entered into negotiations with Vavuniya, Sri Lanka, without council approval.

At the time, Councillor Sprovieri said, “I don’t believe the mayor has the authority to bypass council and she would be foolish doing so.”

And if you think about it, the potential for these sister city agreements giving councillors a reason to go on taxpayer funded vacations is quite high.

But not all sister city agreements are starting to lose their purpose and their luster. For decades, Mississauga has maintained a relationship with Kariya City in Japan, and the results have been solidly tangible. There are 75 Japanese companies that have an office or their headquarters in Mississauga, and for two years the city has hosted the annual Japanese festival.

As for Brampton, if you’ve had these relationships you’re not maximizing for the fullest benefits, perhaps a rethink is needed. In my opinion, Medeiros might have a point about the intrinsic value of uniting economic goals and cultural relationships to mutually benefit both those areas…but do you need a special sister city relationship with every one of Brampton’s counterparts around the world to achieve this?

Do you think Brampton is right to cancel its sister city agreements?