The circumstances may be different this year, but these students won’t let a pandemic stop them from showing off their DJing prowess.

The annual event is organized by Math Thru Music, which aims to use music (and musical events like this one) to teach students mathematics and numeracy.

While this year’s event will feature a crew from nine different schools in the GTA (including six from Brampton and two from Mississauga), it won’t be held on school grounds this year due to the COVID-19 pandemic — instead, it’ll be streamed live on Twitch from the competitors’ homes.

A crew from each of the following schools will be participating to take home the trophy this year:

The senior division school that currently holds the trophy — Lincoln M Alexander Secondary School in Mississauga — won the event in 2018 and 2019, making this year their attempt at a third win in a row.

The winners will be determined by a panel of surprise celebrity judges that will be revealed at the event, along with some other special guests, according to Joseph Khargie, President of Math Thru Music.

In addition to the trophy, Khargie says over $6,000 in prizes are up for grabs, including $3000 from the City of Brampton to the winning crew and high-end headphones priced at over $300. 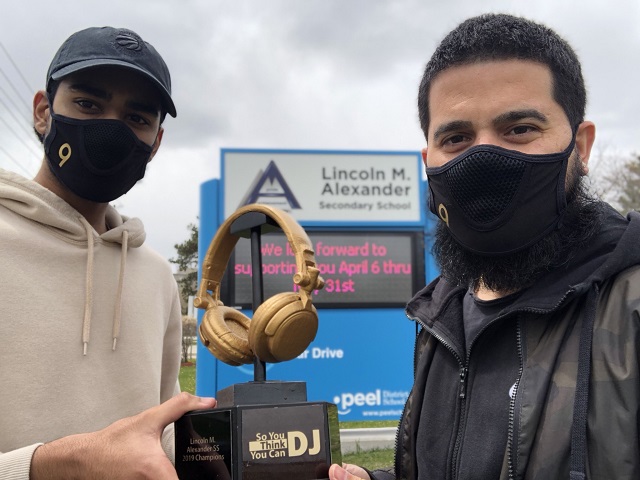 This year’s event is sponsored by Pioneer DJ, BPM Supreme, and DJ Depot.

“We’re really honoured that the sponsors are able to support us and the students, even during these uncertain times,” Khargie said.

The journey to #SYTYCDJ9 began in schools, but will end in homes this year. Our social enterprise continues to adapt during this time of uncertainty. The show will go on. Details to follow. #StayHome #Community #DJ #SYTYCDJ #Youth #SoYouThinkYouCanDJ

The first “So You Think You Can DJ?” event took place in 2012 in Scarborough.

Khargie also noted that the event has seen increased female participation over the years, and each girl in this year’s competition is in a different grade from grades 7 to 12.

“It’s amazing to look back and see how far the program has come. When we started the program/finale, there was an all-male cast. We noticed this and really wanted to appeal to girls.”

If you’re interested in watching the live event, tune in at 7:00 p.m. on Tuesday at twitch.tv/maththrumusic.