A Third Veteran Brampton Councillor is Not Running Again

As the registration for municipal election candidates gets underway in Brampton, a third sitting councillor announced that she is not running for another term. 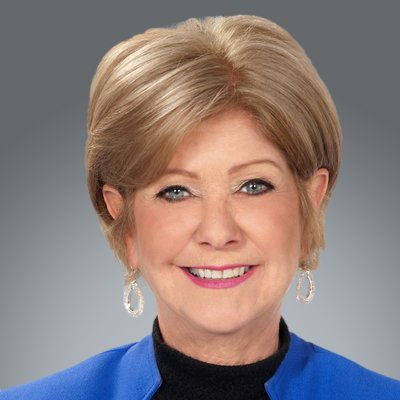 Wards 7 and 8 Regional Councillor Gael Miles said that after 30 years in public life, she made the decision to leave office at the end of her term on November 30, 2018.

Last night surrounded by family & friends I announced that after 30 years in politics I have decided to retire. Many who joined me have supported every campaign. My legacy for #Brampton is Wellspring Cancer center. My hope is strong leaders who work as a Team 2 build a great city

The councillor said she hopes that “strong leaders will continue to build a great city,” citing her work with Brampton’s Wellspring Cancer Center as a legacy project.

Her pending retirement marks the third veteran Brampton councillor to call it quits. Fellow councillors Elaine Moore and Grant Gibson, who both represent Wards 1 and 5 at the Region of Peel, announced they were calling it quits earlier this year as well.

Miles was first elected in 1988, while Moore was elected to Regional Council in 2003 after serving as school trustee and city councillor, and Gibson has been in office since 1991.

This makes only one member on Brampton City Council that has served prior to Mayor Linda Jeffrey taking office in 2014, during the heydays of former mayor Peter Robertson and the controversial spending days of Susan Fennell.

3 of 4 legacy councillors have now announced their retirement. Time for John Sprovieri to join his friends and step aside and let the next generation of #Brampton leaders to have a productive term of council. #brampoli

However, Sprovieri said this on the condition that pending issues surrounding the Inzola lawsuit and water fluoridation were addressed. Until then, he was musing about running for the city council position in his wards. So technically, Sprovieri has not announced he is retiring.

With three – possibly four – vacancies on city council, Brampton could be seeing some major changes as to who is representing them on municipal government. But so far, only Wards 7 and 8 City Councillor Pat Fortini has registered to run for the Regional seat vacated by Miles.

However, it’s still early on in the game. You can use this link to keep track of who is running in the municipal elections in Brampton. Nominees have until July 27 at 2 p.m. to file their papers to run.

inBrampton.com will regularly update you on candidates that have registered.