However there is also some humorously negative aspects of this: someone did the 10 year challenge for Toronto’s Union Station with two pictures from 2008 and 2018, and noted that nothing changed, symbolizing the seemingly eternal state of construction one of Canada’s busiest transportation hubs seems to be in.

Now, the challenge not only limits itself to places and people, but statistics as well.

According to the real estate website and brokerage Zoocasa, the average home price in Brampton has definitely changed with the last ten years. 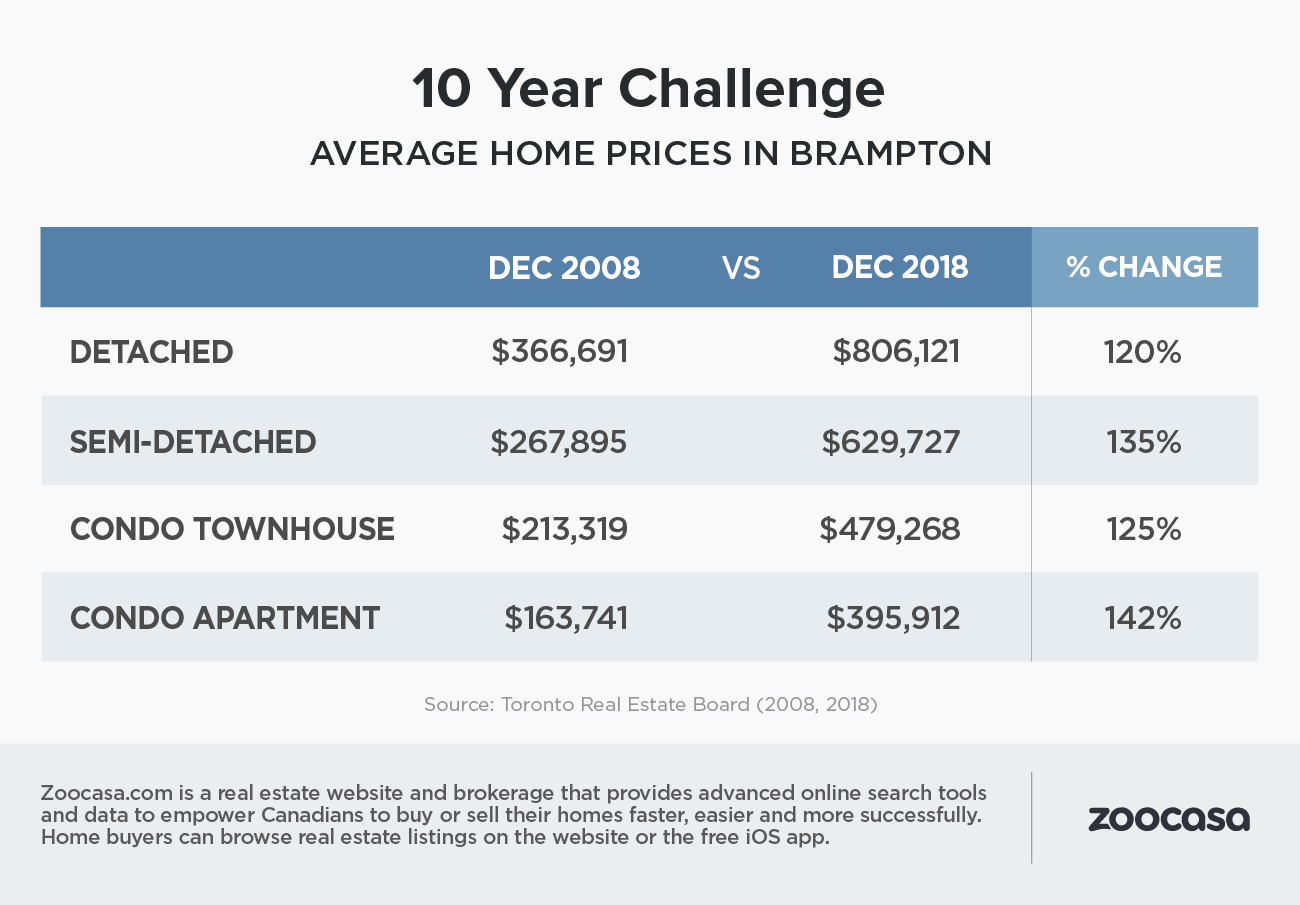 You might think condos these days are more affordable, given current trends. But they too are not immune to the immense changes in the housing market this past decade. A standard condo townhouse in Brampton in 2008 was only $213,319, but in 2018 it is now $479,268…a 125 per cent increase.

Still, despite these massive price increases over the last decade, it seems condos (whether they be townhouses or apartments) are still within a reasonable price range.

What do you think of the price of housing these past 10 years?